Four and a half years ago, when I began preparing for the decriminalization of medical cannabis in the state of Florida, I read, traveled and learned from 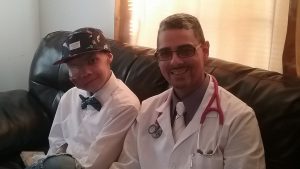 ​ the pioneers that came before all of us and tapped into the knowledge of parents that had been struggling to find doctors that would be able to take care of their extremely ill children.

Two years ago, when I was the first to recommend medical cannabis in the greater central Florida region to an adult and the first in the state to recommend to a child, I had the opportunity to create and implement the following in my three offices:

Over the past four and a half years I have been on the bureau of speakers for the United for Care/Amendment 2 political campaign, advocacy groups such as CannaMoms, Florida Cannabis Coalition, Minorities for Medical Marijuana, of which I am the medical director and Medical Marijuana Treatment Centers, such as VidaCann, Surterra, and Curaleaf. As a result, I have earned the title of medical cannabis expert in the state of Florida and abroad.

Designed by the i4 Advertising Agency