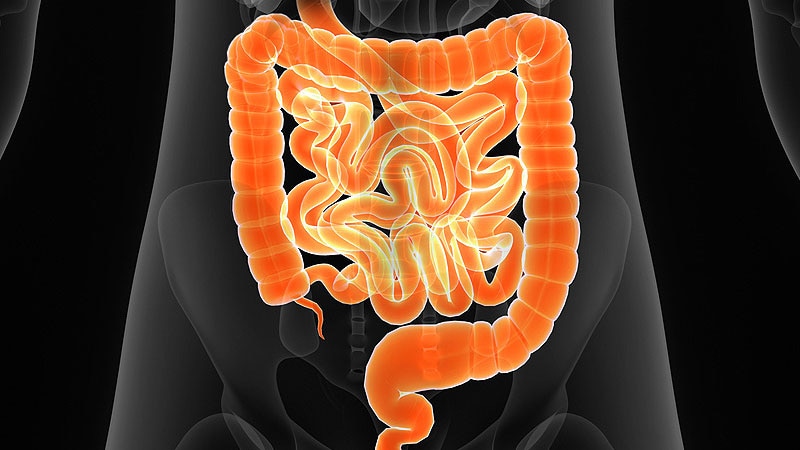 A growing body of evidence suggests that UC patients in both histologic and endoscopic remission experience longer relapse-free survival and improved outcomes, but data on specific histologic assessments are limited, wrote Hunter Wang, MBBS, of Canberra Hospital, Australia, and colleagues. The NHI is a validated score drawing interest as an option for predicting survival, they said.

In a retrospective cohort study published Feb. 28 in the Journal of Clinical Gastroenterology, the researchers identified 74 adults aged 18 years and older with UC who were treated at a single center between 2009 and 2017. All patients were in clinical and endoscopic remission without concurrent corticosteroid use. Mucosal healing was defined as Mayo endoscopic subscore (MES) of 1 or less, and clinical remission was defined as partial Mayo score (MSp) less than 2. The median age of the participants was 41 years, and the median disease duration was 8 years at the time of surveillance colonoscopy.

Over a median follow-up of 42 months, patients with an MES of 0 and histologic remission had significantly longer relapse-free survival compared to those with MES 1 and NHI 2 to 4, respectively.

Thirty-three patients relapsed during the study period. Clinical relapse rates were similar for patients with MES 0 and MES 1 (40% and 52%, respectively), but only 29% of patients in histologic remission at baseline relapsed vs. 64% of those with histologic activity at baseline (P = 0.0064).

The study findings reflect data from previous research supporting the prognostic value of histologic remission using NHI, the researchers noted in their discussion. Barriers to adoption of histologic indices include “their multiplicity, complexity, lack of validation, and inconsistent incorporation in randomized controlled trials,” which create challenges in interpreting and comparing research outcomes, they wrote.

The study findings were limited by several factors, including the retrospective design, collection of clinical and endoscopic variables from electronic medical records without objective measures of relapse, lack of standardization of colonic biopsies, and lack of power to detect differences in dysplasia and colectomy, the researchers noted.

The results suggest that histologic remission using the NHI serves as an effective predictor of longer relapse-free survival in UC patients with clinical and endoscopic remission, they said.

“Further prospective trials are needed to clarify whether histologic remission as a therapeutic endpoint in addition to endoscopic remission will alter disease course and patient outcomes,” while helping guide treatment management decisions for patients and clinicians, the researchers concluded.

Not the Ultimate Endpoint?

“There is ongoing interest in whether histological findings (biopsies) of the mucosa are a clinically important and reachable treatment goal in ulcerative colitis,” David T. Rubin, MD, of the University of Chicago, who was not involved in the study, said in an interview.

Questions about this approach remain, such as how findings should be incorporated into clinical care and whether histology offers advantages over patient-reported symptoms, endoscopic findings, or other surrogates of inflammation like calprotectin, a protein related to histology detected in stool, Rubin explained.

“A number of retrospective studies have demonstrated the clinical importance of achieving histological remission, but the details of how to get there are not yet clearly defined. In this study, using one of the established indices of histological activity, the Nancy Histological Index, those patients who achieved histological remission had better clinical outcomes (stable remission) than symptoms alone or endoscopy alone.”

According to Rubin, clinicians can inform patients that histological remission supports that the therapy is working and they have a very good likelihood of staying in remission over the next year.

“Importantly, this is not the same as saying we should treat to get to this endpoint,” Rubin emphasized. “If a patient is in clinical remission with normalized labs and endoscopy (or calprotectin) that show healing, we do not yet recommend adjusting therapy for histological endpoints. This was edified in the consensus paper called STRIDE 2, published in Gastroenterology in 2021.”

As for additional research, the ongoing prospective randomized VERDICT trial is exploring different endpoints of treatment, “one of which is the combination of symptoms, endoscopy, and histology to assess whether this is better than symptoms or endoscopy alone,” said Rubin. “We also need more work to understand the timing of this finding, the number of biopsies that may be required to get an adequate assessment of the bowel, how pathologists should read and interpret our findings, when we should relook if we adjust therapy, and whether some therapies are more or less likely to achieve this endpoint,” he said.

The study received no outside funding. Neither the researchers nor Rubin reported any financial disclosures.