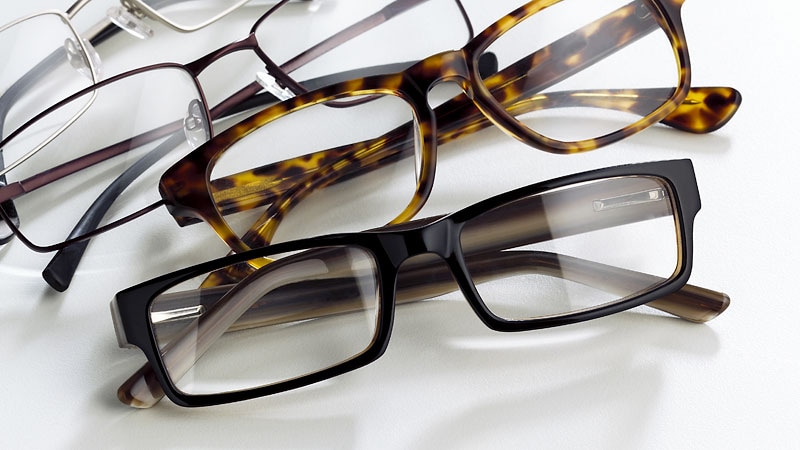 Many Americans do not have access to a simple but life-changing device: eyeglasses.

In a 2017 survey, nearly 1 in 10 Americans who reported needing glasses said they could not afford them. More than 2 million children in the United States also do not have the glasses they need, according to an estimate from the nonprofit Vision To Learn. Expanding eye care coverage for adults and vision assessments for kids could help get more people the care they need to improve their vision, researchers argue.

Though glasses frames are relatively inexpensive to make, they are sold at a huge markup. Simple eyeglasses cost as little as $1 to make. Acetate frames, popular and lightweight frames made from plastic and metal, cost $20 to make but commonly are sold for around $91 online, according to Consumer Reports. For customers buying in-store, the price jumps to $234. And though eyeglasses are technically considered medical devices, they may not be covered under general health insurance.

“In my clinic, the number one question that my patients ask me after I prescribe them glasses is: Will my insurance cover this?” says Olivia Killeen, MD, an ophthalmologist at the University of Michigan Kellogg Eye Center. “For many of them, the answer is no.”

In the American healthcare system, “there is this division between eye health and general health, but in reality, that’s not how it works,” Killeen says. “Visual impairment is associated with diseases like depression, dementia, lung cancer, and even mortality. So, vision is a really important part of our general health, but our current insurance system really separates the two in an artificial way.”

Pediatric eye care is an essential benefit under the Affordable Care Act, which means that all healthcare plans must cover vision services for insured people under 19 years of age. But vision care in adulthood is more complicated. While adult medical insurance covers treatment for eye disorders such as cataracts, diabetic eye disease, and glaucoma, it generally does not cover routine eye exams and glasses.

Many medical plans have extra insurance for vision that does cover these routine expenses, which can cost from $10 to $30 per month. Under Medicaid, preventive eye care may be covered for adults depending on the state; in 2018, 43 states covered optometrist services and 33 covered glasses. Some of these plans cover one pair of glasses over 1 to 5 years, while others only cover glasses after eye surgery.

Even though over 90% of Medicare enrollees ages 65 and older reported they use eyeglasses for distance or near vision correction, preventive routine eye care is also not covered by traditional Medicare. (The federal program does cover eye exams for eye conditions, such as dry eye syndrome, cataracts, and diabetic eye disease.) According to an analysis from the Urban Institute, about 31% of Medicare enrollees used vision services in 2020, resulting in $8.4 billion spent on routine eye care. Sixty-four percent of that was paid for out of pocket, with enrollees paying for average $263 each year on vision care.

Out-of-pocket costs are lower for enrollees under the federal poverty level — $154 per year — but they used vision services less than those on higher incomes. About 23% of beneficiaries under the poverty level used routine vision services in 2020, compared to 36% of those with incomes 400% above the level. This could mean that beneficiaries with lower incomes “may have considerable unmet needs for these services,” the authors of the analysis wrote.

While vision services are covered in pediatric insurance plans, there are other barriers to receiving eye care. School vision screenings can help identify potential vision problems in children, but how often these assessments occur and how they’re done vary from state to state. While 82% of states require vision screening at least once in school or in the community, only six states meet the recommendations by national ophthalmology associations to screen for distance vision every 1 to 2 years, according to a 2018 analysis. Pediatricians can also do these screenings, but children who do not have regular well-child visits are less likely to have ever had their vision tested. There are also known disparities in care based on income and race; Hispanic children are less likely than white children to have ever had their vision tested by a doctor, and those on public insurance — or those who are uninsured — are also less likely to have had a vision test than children on private insurance.

If a child has a vision screening and fails, there are still several steps to getting a prescription for glasses, which are also opportunities for patients to fall through the cracks. After a failed screening, they need to be referred to an eye specialist who can give a full-scale exam that can accurately evaluate eye health and determine the need for glasses.

“If they have a vision screening, they may not be getting an eye exam,” says Meghan Collins, MD, a pediatric ophthalmologist at the Wilmer Eye Institute at John Hopkins Medicine. “If they get the eye exam, they still have to go get glasses. And then, of course, they have to wear the glasses,” she says. “Even if everything is covered [by insurance], it’s still hard.” More than half of children who fail their initial vision screening do not get the right follow-up.

While insurance coverage does ease some of the costs of seeking eye care, what is covered — and how much — can vary from state to state. While most state Medicaid plans for children cover one eye exam and one pair of eyeglasses per year, replacements may not be covered.

“As a pediatric eye care provider, I can attest that it is not uncommon for kids to break or lose their glasses,” Collins says.

Because the cost is the largest barrier to vision care, expanding insurance to cover preventive eye care should be the first step to improving access to eyeglasses, says Killeen.

“We could make eye care an essential benefit for adults, not just for kids,” she says.

Adding vision to Medicare “would only be a small add-on to current Medicare spending,” the authors of the Urban Institute analysis wrote. While adding both hearing and vision services was considered as part of the ill-fated Build Back Better Act and had support from 84% of voters, only Medicare coverage of hearing services was included in the legislation passed by the House of Representatives in November 2021.

Making vision care an essential benefit for adults would also apply to all state Medicaid plans, meaning that optometrist services and eyeglasses would receive some insurance coverage.

There is also a need to revisit vision screening requirements for school-age children across all states, Killen says. This includes making vision assessment mandatory as well as standardized across all 50 states. This could also include efforts to provide comprehensive eye exams at schools to increase the number of kids receiving follow-up care, she says.

“We have had so many advances in medicine over the years,” Collins says, from therapies that target specific molecules and proteins in different types of cancer to eye injections that can treat vision-threatening conditions like macular degeneration. “Not to take away from any of that, but we also have this sight-saving intervention [eyeglasses] that is relatively low-cost,” compared to these advanced treatments.

Expanding vision coverage in insurance and standardizing screening could be two ways to begin to expand access to eye care for all patients who need it, Killen and Collins agree.

“This is a call to action,” Collins says.