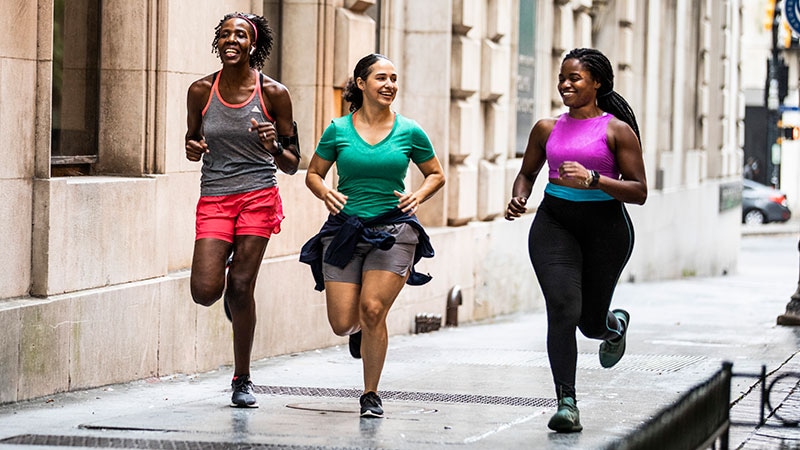 A report recently published by the World Health Organization (WHO) warns that, as a result of physical inactivity, almost 500 million people will develop heart disease, obesity, diabetes, or other noncommunicable diseases in the decade from 2020 to 2030. Almost half of these new cases (47%) will be the result of high blood pressure, and 43% will be caused by depression. The most affected countries will be those of low or middle income.

The document, which has measured the extent to which governments are implementing recommendations to increase physical activity across all ages and abilities based on data from 194 countries, shows that there is slow progress. According to the international body, states should urgently accelerate the development and implementation of policies to increase levels of exercise with the aim of preventing diseases and reducing the burden on healthcare systems that are already overwhelmed.

One of the most striking figures in the publication warns that currently less than 50% of countries have a national physical activity policy, of which not even 40% have carried it out. And only 30% have national exercise guidelines for all age groups.

On the other hand, although almost all countries have a system for monitoring physical activity in adults, less than 75% of them monitor adolescents and less than 30% monitor children under age 5 years.

The data in the section of the report dedicated to analyzing the policies developed to promote active and sustainable transport are no more encouraging. According to the WHO, just over 40% of countries have road design plans that make walking and cycling safer, figures that the WHO says create a very negative impact on public health.

As determined by a study carried out at the beginning of the year by Colorado State University and the Barcelona Institute for Global Health (ISGlobal), promoting the use of bicycles could prevent as many as 205,000 premature deaths each year. According to this study, which calculated the impact on health of a global shift toward urban cycling in 17 countries in 2050, to increase the use of bicycles, it would be necessary to urgently introduce measures that would encourage it.

This conclusion is in line with recent statements by the WHO Director General, Tedros Adhanom Ghebreyesus, who has expressed the need for “more countries to expand the implementation of policies to help people be more active through walking, cycling, sports, and other physical activities. The benefits are enormous not only for people’s physical and mental health, but also for societies, environments, and economies.”

Another of the most relevant points of the report analyzes the economic impact of physical inactivity. The WHO estimates that the cost of treating new cases of preventable noncommunicable diseases will reach almost $30 million by 2030.

The minimal communication carried out about this public health problem is another incomplete task of world governments. Data from the report show that just over 50% of countries have conducted a national communication campaign or organized mass participation physical activity events in the last 2 years.

Furthermore, the COVID-19 pandemic has not only stalled these initiatives, but also has affected the implementation of other policies. It has widened inequalities in access and opportunities to participate in physical activity for many communities and settings such as schools.

With the aim of helping countries increase physical activity, the new WHO Global Action Plan on Physical Activity 2018–2030 sets out 20 policy recommendations that include measures for the creation of safer roads that promote more active transportation, as well as providing more programs and opportunities for physical activity in key settings such as nurseries, schools, primary healthcare, and workplaces.

The report also asks the world’s governments to provide some hard-to-determine key numbers. As Dr Fiona Bull, the head of the Physical Activity Unit in the WHO’s Department of Health Promotion, commented in a press release: “There is a lack of globally approved indicators to measure access to parks, cycle paths, and pedestrian paths, although we know that there are data in some countries. Consequently, we are unable to report or track the global provision of infrastructure that will facilitate increased physical activity.”

With the aim of improving the health of the population and addressing noncommunicable diseases, the document urges countries to prioritize physical activity, integrating it into all relevant policies and developing tools, guidance, and training to improve its implementation.

Finally, as Ruediger Krech, the director of the WHO’s Department of Health Promotion, concludes: “Inclusive physical activity programs need to be facilitated for all, ensuring that people have easier access to them. This report makes a clear call to all countries for stronger and accelerated action by all relevant stakeholders to work better together to achieve the global target of a 15% reduction in the prevalence of physical inactivity by 2030.”

This article was translated from Univadis Spain.