In Sickness and in Health: Spouses Can Share Cardiac Event Risk 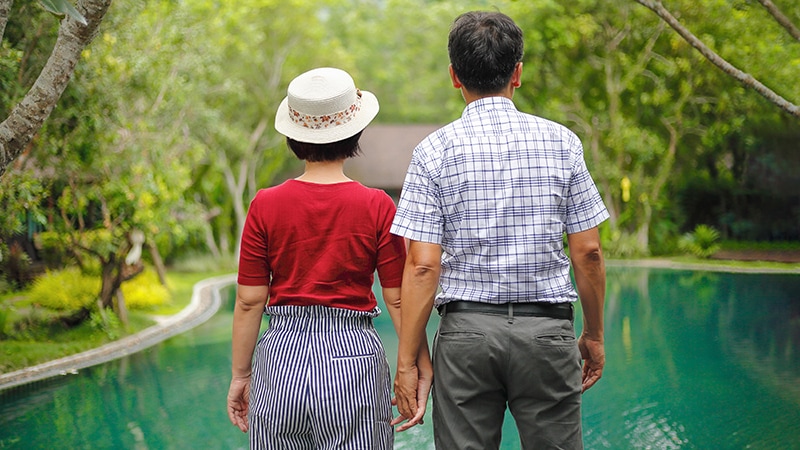 A study from Japan suggests that a history of cardiovascular (CV) events in a spouse may elevate risk for future CV events in the other partner, with one caveat. Men in the cohort study were at increased risk if their wives had such a history, but the association was only one way. The risk of events didn’t go up for women with husbands who had previously experienced a CV event.

The results highlight the need for clinicians to screen and possibly intervene with a primary CV prevention strategy “not only first-degree relatives but also spouses with a history of cardiovascular disease,” which is not currently part of the primary prevention guidelines, Hiroyuki Ohbe, MD, University of Tokyo, Japan, told theheart.org | Medscape Cardiology.

In their study published online July 9 in Circulation: Cardiovascular Quality and Outcomes, Ohbe and Hideo Yasunaga, MD, PhD, of the same institution, assessed the risk of subsequent CV events in adults with a spouse that had experienced a stroke, of any kind, or had clinical ischemic heart disease such as angina or myocardial infarction (MI).

Johanna Contreras, MD, director of heart failure at Mount Sinai Health System in New York City, is not surprised by the finding that a wife’s CV history is linked to the CV risk in the husband.

“I see this often in my practice. When you live with someone, you also behave in a similar way as the other person,” Contreras told theheart.org | Medscape Cardiology. “For example, couples who live together are likely to both exercise and have a healthy diet and not smoke.”

And most notably, she said, “the women are usually the ones who drive the healthy behaviors in the family; they watch what the family eats, where they eat, when they eat, and the men tend to allow the women to guide this behavior.”

Ohbe and Yasunaga agree, proposing that different results for men and women in the analysis may be due to the dependence of working-aged men on their wives for major aspects of lifestyle, such as diet and exercise. Moreover, they write, increased psychological and physical stress from taking care of a spouse with CV disease may also play a role, as caregivers often neglect their own health.

The mean observation period was 7.9 years from the first health checkup, at which the subjects’ mean age was 56 years. During the follow-up, more people in the exposure group than the nonexposure group had a history of CV events, 0.6% vs 0.4%.

The results of all four sensitivity analyses were similar to those of the primary analysis, both in the overall cohort and in the cohorts stratified by sex; they a multivariate survival analysis, one that excluded people whose partners had died, one that included death by any cause as an outcome, and one with propensity score matching.

Further studies are needed to confirm their observations and test whether a primary prevention strategy targeted at married couples could reduce CV events, note Ohbe and Yasunaga.

The findings have implications for everyday clinical practice, Contreras said. “When I see a patient who is married and has had a heart attack, I will insist on seeing the partner as well, and I will counsel them on working together to change their lifestyle,” she told theheart.org | Medscape Cardiology.

“Often when you have that discussion with the couple after one has a heart attack, they quit smoking together, they go the gym together, and they get healthier together,” she said. “That’s now a very important conversation we have before they leave the hospital.”

The study was supported by grants from the Japan Ministry of Health; Labour and Welfare; and the Ministry of Education, Culture, Sports, Science and Technology. Ohbe, Yasunaga, and Contreras have disclosed no relevant financial relationships.