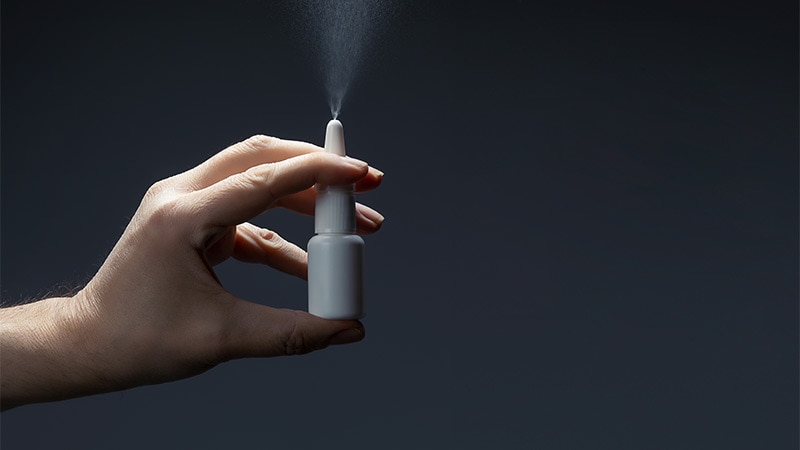 In a controlled trial, oxytocin nasal spray did not improve the ability to recognize sad or angry faces, compared with a validated psychological emotion training program, which did help the men read emotions.

“Our study demonstrates that oxytocin may not always be the most appropriate intervention when trying to improve patients’ social lives and well-being,” Katie Daughters, PhD, Department of Psychology, University of Essex, United Kingdom, told Medscape Medical News.

The study was published online July 11 in Philosophical Transactions of the Royal Society.

The neuropeptide oxytocin — the so-called ‘love hormone’ — has been proposed as a potential physiologic intervention because of its key role in emotion regulation and other aspects of social cognition.

Oxytocin nasal sprays are marketed as a potential panacea to save fractious relationships, increase parental bonds, and even reduce body fat.

“In the scientific literature, oxytocin administration has been associated with lots of positive social benefits, and as a result, there is a lot of interest in the therapeutic potential of oxytocin. However, there are very few studies that have actually compared oxytocin nasal sprays to another type of intervention,” Daughters said.

In the study, which included 104 healthy men (mean age 19 years), researchers tested the effect of the most commonly used dose of intranasal oxytocin (24 IU in 3 puffs of 4 IU per nostril) on emotion regulation vs placebo spray and the Cardiff Emotion Recognition Training (CERT) program against a mock training program, as well as the additive effect of oxytocin plus CERT.

Although investigators found no effect of intranasal oxytocin on emotion recognition, compared with placebo, they did find that participants who completed the CERT identified more difficult angry facial expressions correctly vs those who completed a control training paradigm.

In addition, there was no additive effect of intranasal oxytocin to the psychological intervention.

The most common dosage of intranasal oxytocin administration — and the one used in this study (24 IU) — raise oxytocin concentrations for about 2 hours, before concentrations return to baseline.

“Importantly, this research implies that therapeutic interventions of intranasal oxytocin would require multiple doses per day to maintain oxytocin concentrations associated with the desired effects. Assuming one would want the effects to last during daylight hours, and that elevated oxytocin concentrations last for 2 hours, this could require as many as seven doses a day,” the researchers write.

It’s also unclear whether there are gender differences in behavioral effects of oxytocin.

Most studies of intranasal oxytocin have been carried out with men, as there is some evidence that oxytocin concentrations fluctuate over the menstrual cycle and with different contraceptives, which may alter the results in women.

“Our current understanding of how oxytocin sprays work suggests that, in their current form, it may not be a practical solution,” Daughters said in a news release.

“On the other hand, computer-based psychological interventions, like helping someone to recognize different emotional expressions and how to interpret their meaning in different scenarios, may not only provide longer-lasting beneficial impact but also cost less,” she added.

This work was supported by an Early Career Research Fellowship from The Waterloo Foundation. The authors have reported no relevant financial relationships.