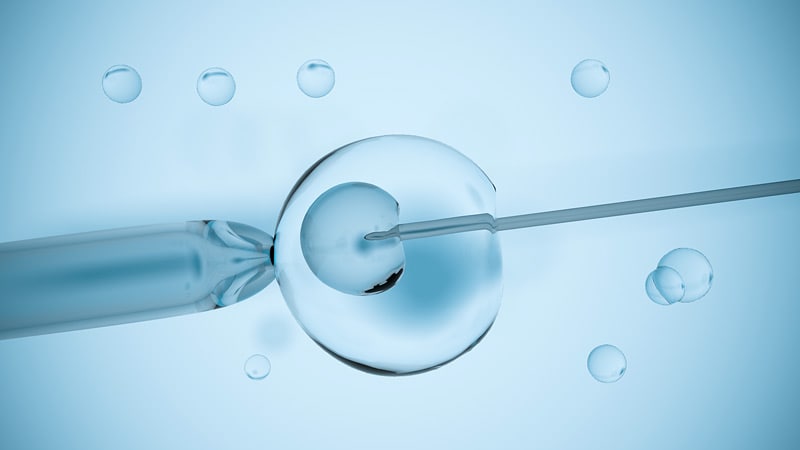 Mothers with previous subfertility have increased risk for postpartum mental illness, compared with mothers who conceived spontaneously, according to a new study.

In a population-based cohort study that examined almost 800,000 births, the adjusted relative risk (RR) for postpartum mental illness was 1.14 in women with subfertility, compared with women without reproductive assistance. The magnitude of increased risk varied by whether the women had sought treatment and by whether treatment was invasive.

“Subfertility with or without in vitro fertilization (IVF) or other treatment seemed to be associated with anywhere from a 10% to 14% higher relative risk of any mental health diagnosis only after accounting for factors like age, income, immigrant status, living in a rural area, having had previous births, and medical health conditions like high blood pressure, obesity, and diabetes,” lead author Natalie Dayan, MD, director of obstetric medicine at McGill University Health Centre in Montreal, Canada, told Medscape Medical News. “These factors play an important role in an individual’s risk of postpartum mental health issues and seem to equalize the effects of infertility and its treatment.”

The findings were published online May 17 in Canadian Medical Association Journal Open.

The investigators examined an Ontario birth database, the Better Outcomes Registry and Network (BORN), to identify individuals without preexisting mental illness who had a live birth or stillbirth at 20 or more weeks’ gestation in a hospital between April 1, 2006, and March 31, 2014. This population included 786,064 deliveries to 589,598 individuals (including 196,466 repeat deliveries to 172,633 individuals).

The study’s composite primary outcome was a diagnosis of a mood or anxiety disorder, psychotic disorder, substance use disorder, self-harm event, or other condition such as an eating disorder or an obsessive–compulsive disorder. The researchers identified this composite based on a single emergency department visit or hospital admission, or two or more outpatient visits.

Most diagnoses were mood or anxiety disorders identified in the outpatient setting at a median of 5.2 months after hospital discharge.

“Although the association is modest and unlikely to be causal, it may nevertheless identify a group that warrants closer surveillance for mental health concerns,” said the authors.

The results were unchanged when stillbirths were excluded from the analysis. When women with preexisting mental illness were included, exacerbations of severe mental illness were fewer in subfertile groups, suggesting “the possibility that at least part of the stress of infertility is alleviated by being pregnant,” they added.

No Cause for Alarm

Commenting on the study for Medscape, Claire Carson, PhD, MSc, an associate professor and senior researcher in epidemiology at the University of Oxford’s National Perinatal Epidemiology Unit, Nuffield Department of Population Health, United Kingdom, said, “Women who have had a baby after fertility treatment should not be alarmed by these findings, which show a small increase in risk of mental illness for those who have had invasive treatment — only after accounting for other differences such as age, income, and existing health problems.”

Carson agreed with Dayan and colleagues: “The observed associations are unlikely to be causal” but “fertility history should be considered in the range of factors that can influence women’s mental health and support needs in the postpartum period.”

Carson and co-investigators this month published a similar study on this topic that found differing results, compared with the current research. “We found women who had fertility treatment were slightly less likely to have a diagnosis or treatment for anxiety and/or depression, than those without a history of fertility problem,” she told Medscape. “Although not directly equivalent, this is in line with the results for more severe mood or anxiety disorders in the Dayan paper. However, it is unclear whether this reflects differences in seeking treatment for mental health problems or other characteristics such as social support.”

Carson acknowledged that it is hard to compare the composite outcome used by Dayan’s group to the outcome in her study, which was confined to postpartum depression and anxiety in the primary care setting.

Carson’s study population also was much smaller (235,127 mothers), said Dayan, adding, “We also carefully accounted for variety of social and medical factors that play an important role in mental illness, allowing for a more nuanced interpretation.”

This study was funded by the Canadian Institutes of Health Research. Dayan and Carson have disclosed no relevant financial relationships.