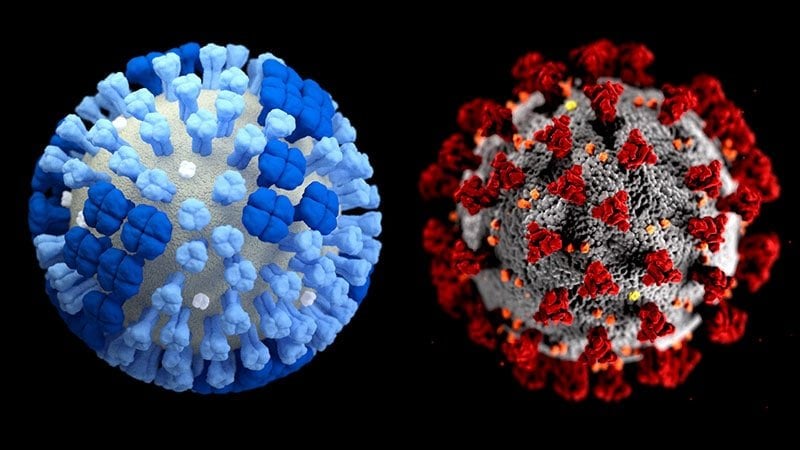 Israel confirmed its first case of a patient with the seasonal flu and COVID-19 at the same time.

The double infection, called “flurona” by some, was found in an unvaccinated pregnant woman at Rabin Medical Center in Petach Tikva, according to The Times of Israel . She tested positive for both viruses when she arrived at the medical center, and doctors double-checked to confirm her diagnosis.

The woman had mild symptoms and was released from the hospital in good condition, the news outlet reported. Although this was the first documented dual case in Israel, public health officials believe other cases exist that haven’t been diagnosed.

The Israeli Health Ministry is studying the case to determine whether a dual infection could cause more serious illness.

“Last year, we did not witness flu cases among pregnant or birthing women,” Arnon Vizhnitser, director of the hospital’s gynecology department, told Hamodia . “Today, we are seeing cases of both coronavirus and the flu that are starting to rear their head.”

Israel has reported a spike in flu cases in recent weeks, with close to 2,000 people hospitalized amid fears of a “twindemic” of the two diseases, The Times of Israel reported.

Public health officials are concerned that an increase in both viruses at the same time could lead to many hospitalizations.

Last week, a 31-year-old pregnant woman died in Jerusalem after getting the flu, the news outlet reported. She was 9 months pregnant when she became sick and was hospitalized, and her son was born by cesarean section. She was later placed on a ventilator and died.

Some news outlets said Israel’s case of “flurona” was the first case documented in the world, though several reports of patients with both flu and COVID-19 were reported in the U.S. in spring 2020, according to The Atlantic . Those cases led public health officials to express concerns about a potential “twindemic” during the winter 2020 surge of the coronavirus.

COVID-19 cases are also rising in Israel, with about 2,300 new infections reported each day, according to Reuters. More than 16.7 million vaccine doses have been given in the country, and nearly 93% of the population is fully vaccinated.

Many of the people in Israel who are getting the flu are infected with a strain that is included in the flu vaccine, according to Newsweek , but doctors are worried that people are experiencing “vaccine fatigue” after getting two or three doses of the COVID-19 vaccine this past year.

The Israeli Health Ministry recommended that people get the flu vaccine, particularly ages 65 and older, pregnant women, and those with chronic diseases. The group also authorized a fourth COVID-19 vaccine for ages 60 and older on Monday.

The Times of Israel: “‘Flurona’: Israel records its first case of patients with COVID and flu at same time.”

The Atlantic: “The Double-Whammy COVID-Flu.”