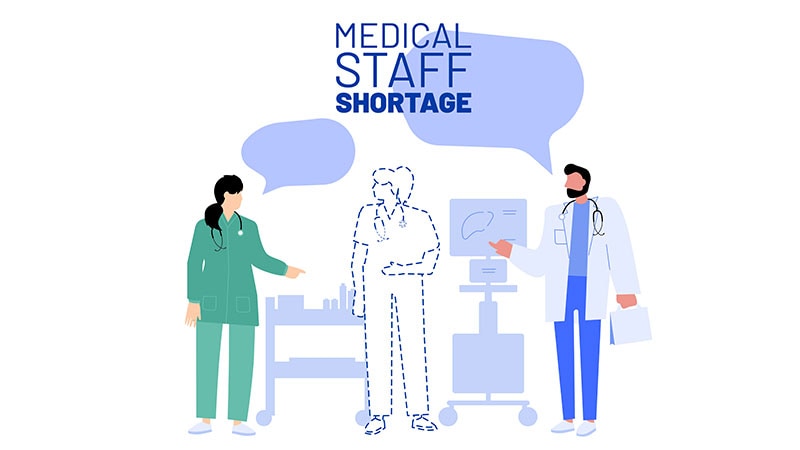 The Italian national health service is expected to experience a dramatic shortage of doctors that will cause an already dire situation to get worse if adequate countermeasures are not taken at the national and regional levels. Healthcare in Italy is regulated at the national level but is managed by regional authorities with their own budgets.

ANAAO-ASSOMED is currently updating a detailed map of the existing gaps in the staffing of public health facilities. The new map is expected to be available early in 2023, but the preliminary numbers are worrying. It is predicted that in the next 5 years, around 40,000 physicians will either retire or resign. It’s a huge number, especially considering that, according to the latest report by the Ministry of Health, the total number of physicians working for the public service was 103,092 in 2019. A similar shortage is expected to affect family doctors, who work for the national health service and who have a different kind of contract.

“We are in the middle of what I call a professional pandemic, which was certainly exacerbated by the COVID-19 pandemic. Working conditions are worsening due to overwork and inadequate organization, and the salary is insufficient, especially considering all the many obligations and incompatibilities imposed on doctors working in public hospitals,” said Di Silverio. “As a result, a recent survey we conducted revealed that almost 65% of our members suffer from burnout syndrome, fatigue, and estrangement from the profession.” Italian physicians are traditionally burdened by many duties that in other countries are carried out by nurses, other healthcare professionals, and even administrative staff.

The understaffing of public hospitals is not a new problem in Italy. It derives at least in part from what was dubbed an “educational bottleneck.” That is, more doctors are needed than the number of medical students completing their education. Since 1987, the number of students allowed to enroll in a faculty of medicine and then in a residency has been determined in Italy by the government on the basis of projected needs of the national health service. In fact, in the past, the planning was based more on the resources that were available than on an estimate of real need. The 1992 reform that transferred the responsibility for providing healthcare to the 20 regional authorities added a layer of complexity.

Maria Cristina Messa, MD, who until last October was Minister of Universities and Research of the government led by Mario Draghi, prides herself on having finally eliminated this bottleneck. “In recent years, we increased the positions available for the medical degree and for residencies, but the positive effects will not be visible for at least 2 more years,” she told Medscape. Messa is professor of diagnostic imaging and radiotherapy at the University of Milan-Bicocca, where she was rector from 2013 to 2019. She worked for many years in San Gerardo Hospital, a university hospital in Monza, near Milan.

The increase in the educational offerings proved to be only part of the solution, since in several residency programs, many positions were unfilled. “Almost half of the positions available for residencies in emergency medicine, anesthesiology, and microbiology were not filled,” Messa explained. She noted that when she was minister of research, she conferred with the minister of health about providing financial incentives to doctors working in emergency departments, but no political action ensued.

An additional cause for concern that recently emerged is the frequent recruitment by public healthcare institutions of doctors who are paid by the hour. This is occurring especially in some parts of the country, including mountain areas. Hired staff see this arrangement as unfair and disruptive, but it is convenient for professionals, who benefit from a particularly advantageous fiscal regime that was introduced recently for self-employed workers.

According to a recent police investigation of almost 2000 Italian healthcare facilities, this recruitment paves the way for abuses. Physicians who were older than the legal threshold for practicing in the national health service or who lacked particular qualifications have been hired.

“This is why we are asking the government to revise the taxation and make the career of physicians in the public health service more flexible and more attractive,” said Di Silverio. “This is necessary to overcome the current workforce bottleneck, which will also depend on the resources that regional authorities will invest in replacing the professionals that are leaving to turn the tide.”

Speaking on national radio early in December, Minister of Health Orazio Schillaci, MD, said he knows the issue very well and suggested that better salaries and a more efficient system of organizing work are likely to be needed, but he did not elaborate. A professor of nuclear medicine and rector of Tor Vergata University of Rome, Schillaci took office at the end of October in the coalition government led by Giorgia Meloni, leader of right-wing party Fratelli d’Italia.