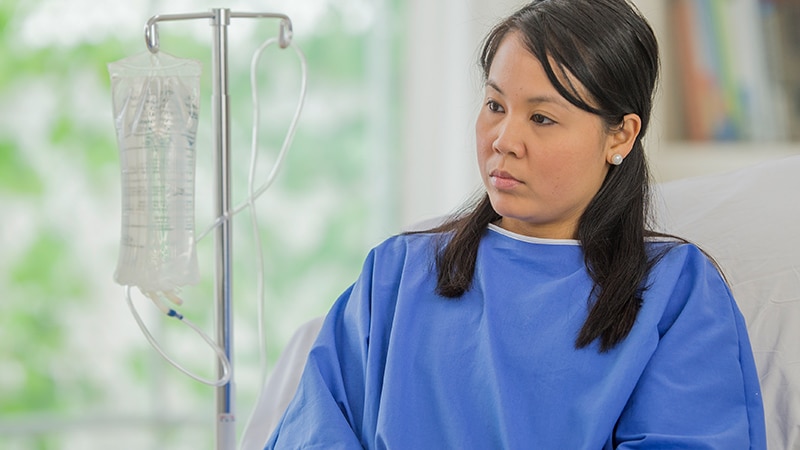 Ketamine used to treat severe depression in patients with a history of psychosis does not exacerbate psychosis risk, new research suggests.

A meta-analysis of nine studies, encompassing 41 patients with TRD and a history of psychosis, suggests ketamine is safe and effective and did not exacerbate psychotic symptoms in this patient population.

The study was published online July 13 in the Journal of Clinical Psychiatry.

Ketamine has shown “rapid and robust antidepressant effects,” in clinical studies. However, this research has not included patients with past or current psychosis, based on the assumption that psychosis will increase with ketamine administration, since side effects of ketamine can include transient “schizophrenia-like” psychotomimetic phenomena including perceptual disorders and hallucinations in healthy individuals, the investigators note.

Veraart said psychotic symptoms are “common in people with severe depression,” and these patients have poorer outcomes with pharmacotherapy, psychotherapy, and electroconvulsive therapy.

Additionally, up to 60% of patients with schizophrenia experience negative symptomatology including loss of motivation, affective blunting, and anhedonia, which “has a clear phenomenological overlap with depression,” the authors write. They also note anti-anhedonic effects of subanesthetic ketamine doses have been reported, without adversely impacting long-term psychotic symptoms in patients with schizophrenia.

“Positive results from carefully monitored trials with ketamine treatment in these patients have motivated us to summarize the currently available knowledge to inform our colleagues,” she said.

To investigate, the researchers conducted a literature search and selected 9 articles (N = 41 patients) that reported on ketamine treatment in patients with a history of psychosis or current psychotic symptoms.

In seven studies, ketamine was found to improve depressive symptoms and in two studies, improvement in psychotic symptoms was also shown. Two studies revealed improvement in symptoms of suicidality. Results of the study that measured negative symptoms showed “significant improvement” in five of six patients, with a -37.3% decrease in mean Brief Negative Symptoms Scale (BNSS) from the baseline to the end of four infusions.

“Ketamine showed good antidepressant effects and, in some cases, the comorbid symptoms even improved or disappeared after ketamine treatment,” Veraart summarized. However, the effect size of ketamine might be lower in those with a history of psychosis, she added.

She also noted that ketamine administration did not negatively influence the course of psychotic illness or induce psychotic exacerbations in patients.

“Dissociative phenomena were reported frequently after ketamine administration and, in general, these were well tolerated and self-limiting,” she said.

She pointed to one study limitation, which is that only small, uncontrolled trials were included and there is a risk for publication bias.

Commenting on the study for Medscape Medical News, Dan Iosifescu, MD, MSc, associate professor of psychiatry, New York University School of Medicine, New York City, said that if the finding “were based on a larger study it would be very important, as a theoretical risk of psychosis is preventing such patients from access to an otherwise beneficial treatment.”

However, “since the review is based on a small sample, a low risk of psychosis exacerbation after IV ketamine is still possible,” said Iosifescu, who is also the director of clinical research at the Kline Institute for Psychiatric Research in Orangeburg, New York, and was not involved with the study.

Veraart agreed, adding that the “efficacy, safety, and tolerability of ketamine in depressed patients with a vulnerability to psychosis should be investigated in well-designed randomized controlled trials before application on a large scale is promoted.”

The study had no specific funding. Veraart has received speaker honoraria from Janssen outside of the submitted work. The other authors’ disclosures are listed in the original article. Iosifescu has been a consultant to the Centers of Psychiatric Excellence, advising clinics on the best methods of providing treatment with IV ketamine.