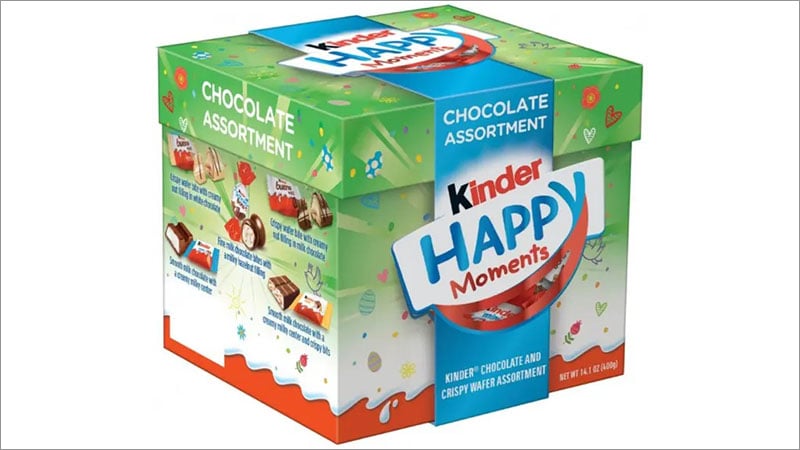 Kinder chocolate products have been linked to over 150 Salmonella cases reported in 11 countries, according to a World Health Organization (WHO) alert. Most cases are in Europe, though one case has been reported in the United States. The outbreak has mostly affected children under 10 years old, and, as of April 25, no fatalities have been reported.

Ferrero, the Italian company that produces Kinder products, began a multinational recall on April 2 after some chocolate products made in its Belgium facility were linked to a Salmonella enterica serovar Typhimurium (S. Typhimurium) outbreak in the United Kingdom. On April 8, this recall was extended to include all products manufactured at their plant in Arlon, Belgium, and Ferrero announced they were suspending operations at the facility. Two Kinder products have also been recalled in the United States: the Kinder Happy Moments Chocolate Assortment and Kinder Mix Chocolate Treats basket.

The origin of the outbreak, Ferrero announced, was a filter in raw material tanks at the Belgium facility. According to the WHO alert, a Salmonella strain matching the strain in the outbreak cases was detected in the factory’s buttermilk tanks in December 2021 and January 2022. While products from the Belgium facility have been distributed to least 113 countries, so far 151 cases have been reported across 11 countries: The United Kingdom (65 cases), Belgium (26 cases), France (25 cases), Ireland (15 cases), Germany (10 cases), Sweden (4 cases), the Netherlands (2 cases), Luxembourg (1 case), Norway (1 case), Spain (1 case), and the United States (1 case). WHO noted that additional cases may be reported due to the wide distribution of Kinder products during the Easter holiday.

For all reported cases, symptoms began between December 21, 2021, and March 28, 2022. Eighty-nine percent of cases have been in children under 10 years old and 66% have been in females. Of the 21 cases that included information on symptoms and severity, 12 reported bloody diarrhea and nine were hospitalized. This outbreak strain is resistant to penicillin, aminoglycosides, phenicols, sulfonamides, trimethoprim, and tetracyclines, according to the United Kingdom Health Security Agency.

WHO urges its member states to investigate and report cases of the S. Typhimurium outbreak strain to the agency and other appropriate health authorities. WHO currently assesses the risk for spread as moderate “until information is available on the full recall of the implicated products,” they wrote in the alert. “Countries that have reported cases have good capacity for case management; however, information on disease severity associated with this event is still limited.”