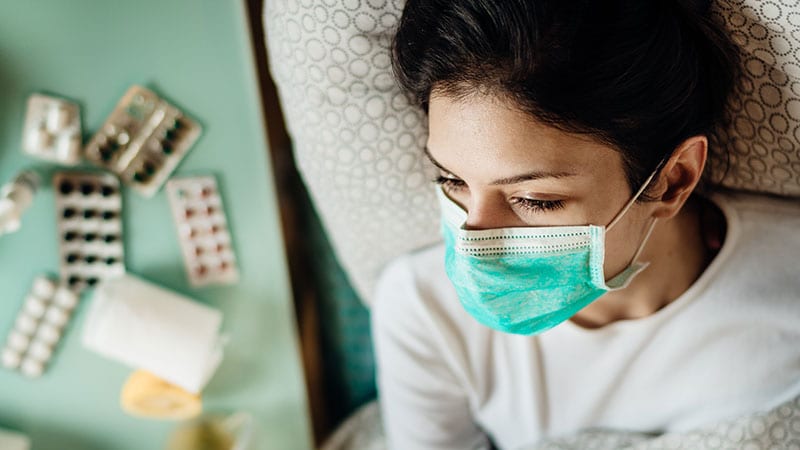 A statement by the Society for Healthcare Epidemiology of America (SHEA), published online on September 14 in Infection Control & Hospital Epidemiology, offers healthcare providers guidelines on how to prevent inappropriate antibiotic use in future pandemics and avoid some of the negative scenarios that have been seen with COVID-19.

According to the US Centers of Disease Control and Prevention (CDC), the COVID-19 pandemic brought an alarming increase in antimicrobial resistance in hospitals, with infections and deaths caused by resistant bacteria and fungi going up by 15%. For some pathogens, such as the Carbapenem-resistant Acinetobacter, that number is now as high as 78%.

The culprit might be the wide-spread antibiotic overprescription during the current pandemic. A 2022 meta-analysis revealed that in high-income countries, 58% of patients with COVID-19 were given antibiotics, whereas in lower- and middle-income countries, 89% of patients were put on such drugs. Some hospitals in Europe and the United States reported similarly elevated numbers, sometimes approaching 100%.

“We’ve lost control,” Natasha Pettit, PharmD, pharmacy director at University of Chicago Medicine, told Medscape Medical News. Pettit was not involved in the SHEA study. “Even if CDC didn’t come out with that data I can tell you right now more of my time is spent trying to figure out how to manage these multi-drug-resistant infections, and we are running out of options for these patients,”

“Dealing with uncertainty, exhaustion, critical illness in often young, otherwise healthy patients, meant doctors wanted to do something for their patients,” said Tamar Barlam, MD, an infectious diseases expert at the Boston Medical Center who led the development of the SHEA white paper, in an interview with Medscape Medical News.

That something often was a prescription for antibiotics, even without a clear indication that they were actually needed. A British study revealed that in times of pandemic uncertainty, clinicians often reached for antibiotics “just in case” and referred to conservative prescribing as “bravery.”

Yet, according to Pettit, even when such data became available, it didn’t necessarily change prescribing patterns. “Information was coming at us so quickly, I think the providers didn’t have a moment to see the data, to understand what it meant for their prescribing. Having external guidance earlier on would have been hugely helpful,” she told Medscape Medical News.

That’s where the newly published SHEA statement comes in: It outlines recommendations on when to prescribe antibiotics during a respiratory viral pandemic, what tests to order, and when to deescalate or discontinue the treatment. These recommendations include, for instance, advice to not trust inflammatory markers as reliable indicators of bacterial or fungal infection and to not use procalcitonin routinely to aid in the decision to initiate antibiotics.

According to Barlam, one of the crucial lessons here is that if clinicians see patients with symptoms that are consistent with the current pandemic, they should trust their own impressions and avoid reaching for antimicrobials “just in case.”

Another important lesson is that antibiotic stewardship programs have a huge role to play during pandemics. They should not only monitor prescribing, but also compile new information on bacterial co-infections as it gets released and make sure it reaches the clinicians in a clear form.

Evidence suggests that such programs and guidelines do work to limit unnecessary antibiotic use. In one medical center in Chicago, for example, before recommendations on when to initiate and discontinue antimicrobials were released, over 74% of COVID-19 patients received antibiotics. After guidelines were put in place, the use of such drugs fell to 42%.

Pettit believes, however, that it’s important not to leave each medical center to its own devices. “Hindsight is always twenty-twenty,” she said, “but I think It would be great that if we start hearing about a pathogen that might lead to another pandemic, we should have a mechanism in place to call together an expert body to get guidance for how antimicrobial stewardship programs should get involved.”

One of the authors of the SHEA statement, Susan Seo, reports an investigator-initiated Merck grant on cost-effectiveness of letermovir in hematopoietic stem cell transplant patients. Another author, Graeme Forrest, reports a clinical study grant from Regeneron for inpatient monoclonals against SARS-CoV-2. All other authors report no conflicts of interest. The study was independently supported.

Marta Zaraska is a science journalist based in France and the author of Growing Young: How Friendship, Optimism and Kindness Can Help You Live to 100. Follow Marta Zaraska on Twitter.