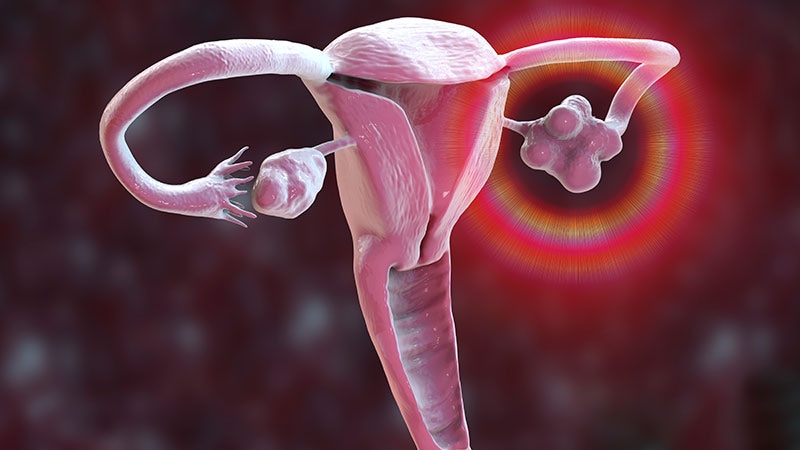 Women with polycystic ovary syndrome (PCOS) may be at a higher risk of developing pancreatic cancer, say researchers reporting a single-center case-control study.

A diagnosis of PCOS was associated with a 1.9-fold higher risk of pancreatic cancer after adjusting for age, race, ethnicity, estrogen level, and diabetes.

This is the second study to find such an association.

“These data suggest some individuals may have unknown metabolic derangements that may underlie the development of both conditions,” the team concluded.

The findings were published recently in JAMA Oncology.

Approached for comment, Srinivas Gaddam, MD, MPH, associate director of pancreatic biliary research medicine, Cedars-Sinai, suggested that the findings pave the way for a better understanding of the two diseases, but he emphasized that more research is needed.

“I think there’s more research to be done because now we’re seeing more younger women get pancreatic cancer,” Goddam said. “So that makes it interesting whether PCOS itself contributes to pancreatic cancer. I still think the jury is out there.”

Gaddam drew attention to the confidence interval for the finding ― the adjusted odds ratio was 1.88 (95% CI, 1.02 – 3.46). “Because their odds ratio includes 1, I’m left with the question as to whether or not this is truly associated. I’m not certain that we can draw any conclusions based on this,” he commented.

The investigators acknowledge that they did “not observe statistically significant interactions” and comment that “prospective studies are needed to examine underlying biologic mechanisms and confirm our findings.”

For this study, the team used data from the Memorial Sloan Kettering Cancer Center Pancreatic Tumor Registry. They identified patients with pancreatic cancer who also self-reported a diagnosis of PCOS.

The investigators compared data from 446 women with pathologically or cytologically confirmed pancreatic adenocarcinoma with 209 women who had no history of cancer. The mean age at cancer diagnosis or enrollment was 63.8 years among patients with pancreatic cancer and 57.7 years in the control group.

The study found that having PCOS nearly doubled a person’s risk of developing pancreatic cancer.

Du, along with lead author Noah Peeri, PhD, were surprised that even after adjusting for body mass index and the presence of type 2 diabetes, PCOS remained strongly associated with pancreatic cancer risk.

“We originally thought type 2 diabetes may drive this association, given more than half of those with PCOS develop type 2 diabetes by age 40, according to the CDC, and type 2 diabetes has also been linked with increased pancreatic cancer risk,” said Du.

“While the association was slightly weaker and no longer statistically significant after we controlled for type 2 diabetes, the magnitude of the association remained largely unchanged,” he said.

Peeri believes that some of the factors that have been causally related to PCOS may increase an individual’s pancreatic cancer risk.

“PCOS itself does not likely cause pancreatic cancer, but metabolic problems (eg, improper breakdown of insulin) and chronic inflammation can contribute to both PCOS and pancreatic cancer risk,” Peeri said.

He concluded that the study results “suggest other underlying metabolic dysfunction may increase an individual’s pancreatic cancer risk.”

An important limitation of this study was that women in the study self-reported PCOS and may have incorrectly recalled their diagnosis. However, the authors believe it is unlikely that that had a bearing on the study findings.

The study was supported by National Cancer Institute grants, the Geoffrey Beene Foundation, and the Arnold and Arlene Goldstein Family Foundation.