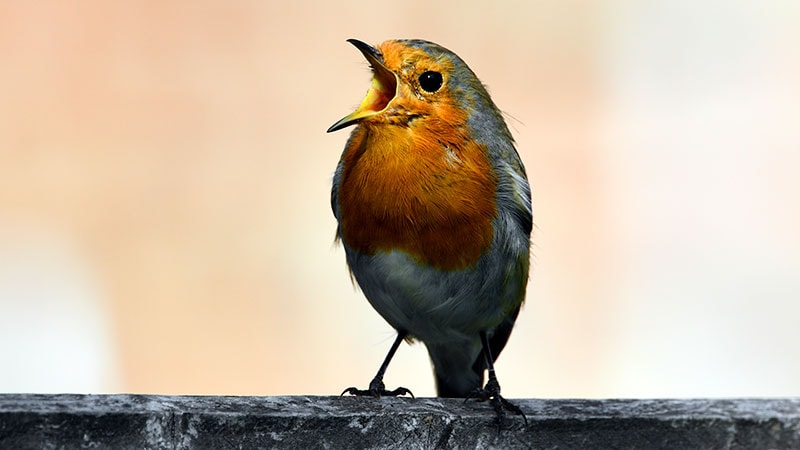 Listening to birdsong appears to have a positive and significant impact on mental health and mood, new research suggests.

Investigators found that people who listened to recordings of birds singing experienced a significant reduction in anxiety and paranoia. In contrast, the researchers also found that recordings of traffic noises, including car engines, sirens, and construction, increased depressive states.

“The results suggest that it may be worthwhile to investigate the targeted use of natural sounds such as birdsong in a clinical setting — for example, in hospital waiting rooms or in psychiatric settings,” study investigator Emil Stobbe, MSc, a predoctoral fellow at the Max Planck Institute for Human Development, Berlin, Germany, told Medscape Medical News.

“If someone is seeking an easily accessible intervention to lower distress, listening to an audio clip of birds singing might be a great option,” he added.

The study was published online October 13 in Scientific Reports.

The aim of the research was “to investigate how the physical environment impact brain and mental health,” Stobbe said.

Stobbe said that there is significantly more research examining visual properties of the physical environment but that the auditory domain is not as well researched, although, he added, that the beneficial effects of interactions with nature are “well studied.”

He noted that anxiety and paranoia can be experienced by many individuals even though they may be unaware that they are experiencing these states.

“We wanted to investigate if the beneficial effects of nature can also exert their impact on these states. In theory, birds can be representational for natural and vital environment, which, in turn, transfer the positive effects of nature on birdsong listeners,” he said.

A previous study compared nature vs city soundscape conditions and showed that the nature soundscape improved participants’ cognitive performance but did not improve mood. The present study added diversity to the soundscapes and focused not only on cognition and general mood but also on state paranoia, “which can be measured in a change-sensitive manner” and “has been shown to increase in response to traffic noise.”

The researchers hypothesized that birdsong would have a greater beneficial effect on mood and paranoia and on cognitive performance compared with traffic noise. They also investigated whether greater vs lower diversity of bird species or noise sources within the soundscapes “would be a relevant factor modulating the effects.”

The researchers recruited participants (n = 295) from a crowdsourcing platform. Participants’ mean age was late 20s (SDs ranged from 6.30-7.72), with a greater proportion of male vs female participants.

To be included, participants were required to have no history of mental illness, hearing difficulties, substance/drug intake, or suicidal thoughts/tendencies.

The outcomes of interest (mood, paranoia, cognitive performance) were measured before and after soundscape exposure and each soundscape had a low- vs high-diversity version. This resulted in several analyses that compared two types of sounds (birdsongs vs traffic noise) × two levels of diversity (low- vs high-diversity) and two timepoints (pre- vs postexposure).

The exposure to sounds lasted for 6 minutes, after which they were asked to report (on a 0-100 visual scale) how diverse/monotone, beautiful, and pleasant they perceived the soundscape to be.

Participants were divided into four groups:

In addition to listening to the sounds, participants completed questionnaires measuring mood (depression and anxiety) and paranoia as well as a test of digit span cognitive performance (both the forward and the backward versions).

None of the soundscapes had any effect on cognition.

“In theory, birds can be representational for natural and vital environments which, in turn, transfer the positive effects of nature on birdsong listeners,” said Stobbe.

“Taken together, the findings of the current study provide another facet of why interactions with nature can be beneficial for our mental health, and it is highly important to preserve nature,” he added.

Stobbe said that future research should focus on investigating mixed soundscapes including examining whether the presence of natural sounds in urban settings lower stressors such as traffic noise.

Duckworth, who was not involved in the research said that the “benefits of nature are understudied” and agreed with the investigators that it is potentially important to study the use of birdsongs in psychiatric facilities.

“Future studies could also correlate the role of birdsong with the mental health benefits/aspects of ‘being in nature,’ which has been found to have some effect.”

Open Access funding was enabled and organized by Projekt DEAL. The authors and Duckworth declare no competing interests.