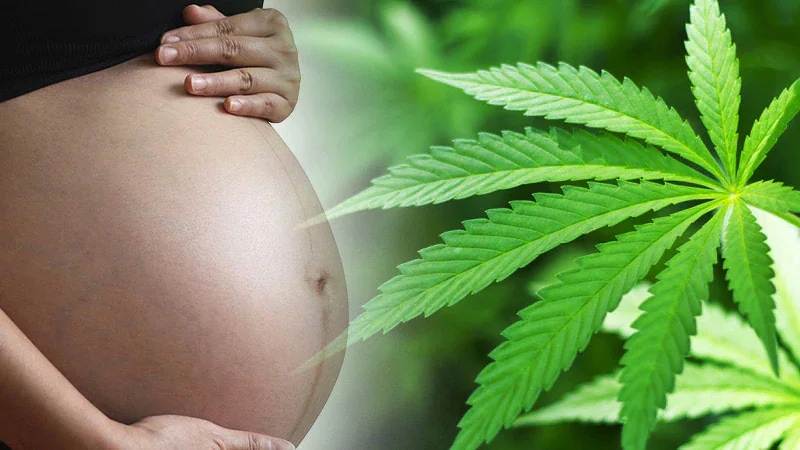 Women who used marijuana during pregnancy were at increased risk for adverse neonatal outcomes, based on data from a meta-analysis of nearly 60,000 individuals.

Marijuana misuse remains a top substance use disorder and studies of prenatal use show a prevalence as high as 22% worldwide, wrote Greg J. Marchand, MD, of the Marchand Institute for Minimally Invasive Surgery, Mesa, Ariz., and colleagues.

“The prevalence of marijuana use during pregnancy may continue to increase, given that there is a suggested association between legalized recreational marijuana and increased use in prenatal and postpartum periods,” they wrote. “Remarkably, 34%-60% of individuals who use marijuana keep using it during pregnancy,” and many women cite a belief that marijuana is safe to use while pregnant, they noted.

Cannabinoid receptors are present in the developing fetus by the start of the second trimester, and exposure to exogenous cannabinoids may be associated with changes in the prefrontal cortex, including development and function, the researchers said. However, previous studies of an association between maternal marijuana use and poor neonatal outcomes have been inconsistent, they added.

The study findings were limited by several factors, including the assessment of only cohort studies, which might suffer from bias given their retrospective designs, the researchers noted. Other limitations included the reliance on self-reports, the inability to adjust for tobacco/marijuana coexposure, and the lack of differentiation between levels of use and between different types of marijuana ingestion, they added.

However, the results support an association between marijuana use and adverse neonatal outcomes, and the researchers recommended additional studies of both maternal and neonatal outcomes associated with marijuana exposure. “Given increasing marijuana legalization and use worldwide, raising awareness and educating patients about these adverse outcomes may help to improve neonatal health,” they concluded.

The motivation to conduct this analysis at this time was prompted by the publication of several new, high-quality studies on the use of marijuana in pregnancy, according to Marchand. “It’s been a few years since a full analysis of all of the available data had been done, so we decided it was time to see if the old conclusions still held,” he said in an interview.

Marchand said he was surprised to see such a clear connection to preterm deliveries and lower birth weights. “When we perform a meta-analysis, we use all of the available data, and some important studies performed as recently as the past few years provided the depth of evidence behind these connections,” he said. “We didn’t have that level of evidence the last time this topic was studied only a few years ago,” he added.

The study is the largest meta-analysis on this topic to date, so the message to clinicians is highly significant, Marchand said. That message is “that we now have a very high level of evidence to say that smoking marijuana during pregnancy is harmful, and we (physicians especially) can no longer state that we just don’t know,” he said. “This is going to mean that deciding to smoke marijuana during your pregnancy is also deciding to do something that can harm your baby,” he emphasized. “This paper also will force some difficult decisions for mothers who use marijuana to treat medical problems, and there may not be good substitute treatments for some of these conditions, especially chronic pain and anxiety,” Marchand noted. “This will set up a difficult risk-versus-benefits situation, where these mothers, ideally with the help of their physicians, will have to decide if the risks of stopping marijuana outweigh the possible harm to the unborn baby,” he said.

As for additional research, long-term studies to assess behavioral changes as exposed children grow up would be beneficial, Marchand said. Such studies “could really help us balance the risk of marijuana exposure in pregnancy, especially if it is being used to treat serious medical conditions,” he noted.

Findings Are a Call to Action

The view among many women that prenatal cannabis use is safe and without consequence “is a false narrative perpetuated by a combination of outdated evidence and recent changes to state-level cannabis policies,” wrote Kara R. Skelton, PhD, of Towson (Md.) University, and Sara E. Benjamin-Neelon, PhD, of Johns Hopkins University, Baltimore, in an accompanying editorial.

The findings from the current study add to the growing evidence that prenatal cannabis use is associated with adverse birth outcomes, they wrote. “Clinician-directed communication about cannabis has been criticized by pregnant women, with recent findings supporting a need for increased cannabis communication by clinicians,” and not only clinicians, but all health professionals who encounter women who are pregnant or attempting pregnancy should not miss the opportunity to communicate the risks of prenatal cannabis use, they emphasized.

The authors highlighted some of the current study’s limitations, including the inability to determine a dose-response association, the reliance on self-reports, and the lack of adjustment for tobacco/marijuana coexposure. However, they noted that the inclusion of recent studies (10 published in 2015 or later) strengthens the results because of the significant increase in the potency of Δ-9-tetrahydrocannabinol (THC), the main psychoactive ingredient in cannabis, in recent decades.

“We urge clinicians, public health professionals, and policy makers to carefully consider the consequences of in utero cannabis exposure identified by Marchand et al. and partner to ensure prioritization of infant and child health during this time of precipitous cannabis legalization and commercialization,” the authors emphasized. “Without necessary safeguards to protect neonatal health, prenatal cannabis use poses a substantial threat to current and future generations of children,” they wrote.