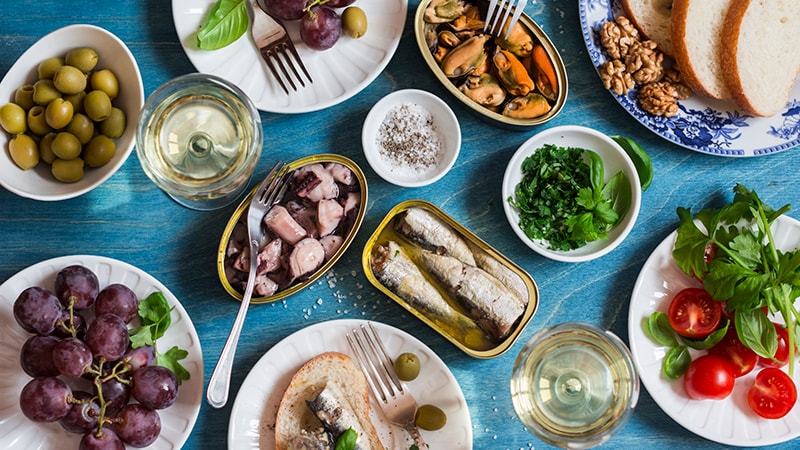 Pregnant women who had a higher adherence to a Mediterranean-style diet had a lower risk of preeclampsia, according to the results of a new study.

“As an observational study, it obviously has limitations that need to be considered, but these results build on other evidence that Mediterranean diet reduces cardiovascular risk and extends those findings to pregnancy as preeclampsia is a cardiovascular outcome,” senior author Noel Mueller, PhD, associate professor at Johns Hopkins Bloomberg School of Public Health, Baltimore, Maryland, told theheart.org | Medscape Cardiology.

The study was published online April 20 in the Journal of the American Heart Association.

The authors note that preeclampsia, characterized by a range of symptoms including hypertension, proteinuria, and end-organ dysfunction, is a disorder that occurs in up to 5%-10% of all pregnant women worldwide, and is more common in Black women. It is a major cause of maternal and fetal morbidity and raises the risk for long-term cardiovascular disease (CVD), including chronic hypertension, coronary artery disease, ischemic stroke, and heart failure.

Children born to mothers with preeclampsia are also at an elevated risk of having higher blood pressure and other abnormal cardiometabolic parameters.

They point out that multiple studies have demonstrated benefit of the Mediterranean diet — characterized primarily by high intake of vegetables, fruits, and unsaturated fats — in reducing cardiovascular risk in the nonpregnant population. The current study was conducted to investigate whether benefits could also be seen in pregnant women in the form of a reduced risk of preeclampsia.

For the study, which used data from the Boston Birth Cohort, maternal sociodemographic and dietary data were obtained from 8507 women via interview and food frequency questionnaire within 24-72 hours of giving birth. A Mediterranean-style diet score was calculated from the food frequency questionnaire. Additional clinical information, including physician diagnoses of preexisting conditions and preeclampsia, were extracted from medical records.

Of the women in the sample, 848 developed preeclampsia, of whom 47% were Black, and 28% were Hispanic.

After multivariable adjustment, the greatest adherence to a Mediterranean-style diet was associated with lower odds of developing preeclampsia (adjusted odds ratio comparing tertile 3 to tertile 1, 0.78; 95% CI, 0.64 – 0.96).

“In this racially and ethnically diverse cohort, women who had greater adherence to a Mediterranean-style diet during pregnancy had a greater than 20% lower odds of developing preeclampsia, after adjusting for potential confounders. In addition, the evidence for the protective effect of a Mediterranean-style diet against the odds of developing preeclampsia remained present in a subgroup analysis of Black women,” the researchers conclude.

Asked whether this would be enough evidence to recommend a Mediterranean diet to pregnant women, Mueller said that the organizations that issue dietary guidelines would probably require replication of these results and also possibly a randomized trial in a diverse population group before advocating such a diet.

“That is something we would like to do but this will take time and money,” he added.

Lead study author Anum Minhas, MD, Johns Hopkins University School of Medicine, said that in the meantime she would be recommending a Mediterranean diet to her pregnant patients.

“The Mediterranean diet is a very healthy way of eating. I can’t see any downside of following such a diet in pregnancy, especially for high-risk women — those with obesity, hypertension or gestational diabetes, and there are likely other potential benefits such as reduced weight gain and reduced gestational diabetes,” she commented.

Mueller said he appreciated this pragmatic approach. “Sometimes there can be hesitation on making recommendations from observational studies, but the alternative to recommending this diet is either no recommendations on diet or recommending an alternative diet,” he said. “The Mediterranean diet or the DASH diet, which is quite similar, have shown by far the most evidence of cardioprotection of any diets. They have been shown to reduce blood pressure and lipids and improve cardiovascular risk, and I think we can now assume that that likely extends to pregnancy. I feel comfortable for this diet to be recommended to pregnant women.”

Commenting on the study for theheart.org | Medscape Cardiology, JoAnn Manson, MD, chief of the Division of Preventive Medicine at Brigham and Women’s Hospital, Boston, pointed out that this type of observational study is important for hypothesis generation but cannot prove cause and effect relationships.

“The evidence is promising enough,” said Manson, who was not involved with this study. But she added that to move forward, a randomized trial in women at elevated risk of preeclampsia would be needed, beginning in early pregnancy, if not earlier.

“In the meantime,” she noted, “several large-scale cohorts could be leveraged to look at diet assessed before or during pregnancy to see if this dietary pattern is prospectively related to lower risk of preeclampsia.

“With additional supportive data, and in view of the diet’s safety and general cardiovascular benefits, it could become a major tool for preventing adverse pregnancy outcomes.”

The Boston Birth Cohort study was supported in part by grants from the March of Dimes, the National Institutes of Health and the Health Resources and Services Administration of the US Department of Health and Human Services. The authors have disclosed no relevant financial relationships.