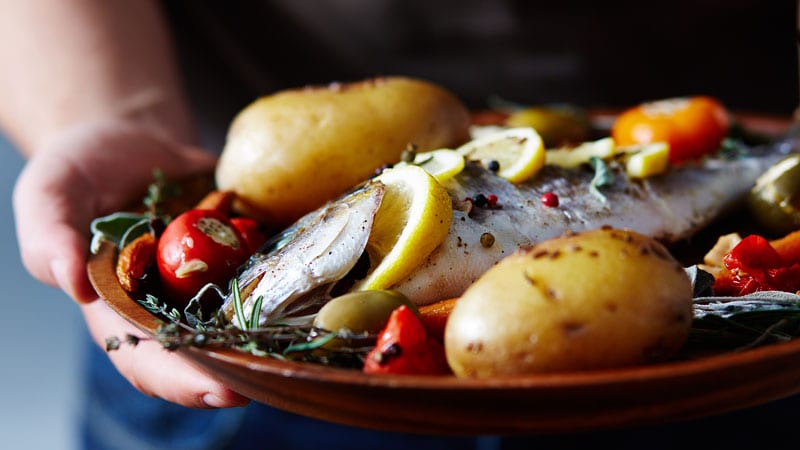 For patients with coronary heart disease (CHD), following a Mediterranean diet is more effective in reducing progression of atherosclerosis than following a low-fat diet, according to new data from the CORDIOPREV randomized controlled trial.

“The current study is, to our knowledge, the first to establish an effective dietary strategy for secondary cardiovascular prevention, reinforcing the fact that the Mediterranean diet rich in extra virgin olive oil (EVOO) could prevent the progression of atherosclerosis,” the study team says.

The data also show that patients with a higher atherosclerotic burden might benefit the most from the Mediterranean diet.

The study was published online August 10 in Stroke.

“The effectiveness of the Mediterranean diet in reducing cardiovascular risk has been seen in primary prevention. However, currently there is no consensus about a recommended dietary model for the secondary prevention of cardiovascular disease,” she said.

The Coronary Diet Intervention With Olive Oil and Cardiovascular Prevention (CORDIOPREV) study is an ongoing prospective study comparing the effects of two healthy diets for secondary prevention of cardiovascular disease (CVD) in 1002 patients.

The comparative effect of the diets in reducing CVD risk, assessed by quantification of intima-media thickness of the common carotid arteries (IMT-CC), is a key secondary endpoint of the study.

During the study, half of the patients follow a Mediterranean diet rich in EVOO, fruit and vegetables, whole grains, fish, and nuts. The other half follow a diet low in fat and rich in complex carbohydrates.

The higher the IMT-CC at baseline, the greater the reduction in this parameter.

The Mediterranean diet also produced a greater decrease in IMT-CC and carotid plaque maximum height, compared with the low-fat diet throughout follow-up.

There were no between-group differences in carotid plaque numbers during follow-up.

“Our findings, in addition to reinforcing the clinical benefits of the Mediterranean diet, provide a beneficial dietary strategy as a clinical and therapeutic tool that could reduce the high cardiovascular recurrence in the context of secondary prevention,” Yubero-Serrano told theheart.org | Medscape Cardiology.

Earlier data from CORDIOPREV showed that after 1 year of eating a Mediterranean diet, compared with the low-fat diet, endothelial function was improved among patients with CHD, even those with type 2 diabetes, which was associated with a better balance of vascular homeostasis.

The Mediterranean diet may also modulate the lipid profile, particularly by increasing high-density lipoprotein cholesterol levels. The anti-inflammatory capacity of the Mediterranean diet could be another factor that contributes to reducing the progression of atherosclerosis, the researchers say.

“But a lot of the studies depend on epidemiological work. Until now, we haven’t had important prospective studies evaluating different kinds of dietary approaches and how they affect carotid intimal thickening assessments that we can do by ultrasound. So having this kind of imaging study which shows that diet can halt progression of atherosclerosis is important,” said Rozanski.

“Changing one’s diet is extremely important and potentially beneficial in many ways, and being able to say to a patient with atherosclerosis that we have data that shows you can halt the progression of the disease can be extraordinarily encouraging to many patients,” he noted.

“When people have disease, they very often gravitate towards drugs, but continuing to emphasize lifestyle changes in these people is extremely important,” he added.

The CORDIOPREV study was supported by the Fundación Patrimonio Comunal Olivarero. Yubero-Serrano and Rozanski have disclosed no relevant financial relationships.