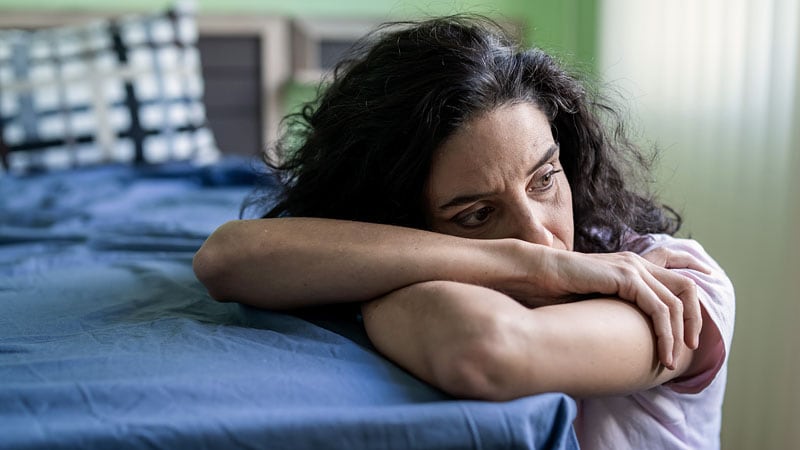 Menopause appears to be an independent risk factor for relapse in women with schizophrenia spectrum disorders (SSDs), new research suggests.

Investigators studied a cohort of close to 62,000 people with SSDs, stratifying individuals by sex and age, and found that starting between the ages of 45 and 50 years — when the menopausal transition is underway — women were more frequently hospitalized for psychosis compared with men and women younger than 45 years.

In addition, the protective effect of antipsychotic medication was highest in women younger than 45 years and lowest in women aged 45 years or older, even at higher doses.

“Women with schizophrenia who are older than 45 are a vulnerable group for relapse, and higher doses of antipsychotics are not the answer,” lead author Iris Sommer, MD, PhD, professor, Department of Neuroscience, University Medical Center of Groningen, the Netherlands, told Medscape Medical News.

The study was published online October 4 in Schizophrenia Bulletin.

There is an association between estrogen levels and disease severity throughout the life stages of women with SSDs, with lower estrogen levels associated with psychosis, for example, during low estrogenic phases of the menstrual cycle, the investigators note.

“After menopause, estrogen levels remain low, which is associated with a deterioration in the clinical course; therefore, women with SSD have sex-specific psychiatric needs that differ according to their life stage,” they add.

As a clinician, Sommer said that she has “often witnessed a worsening of symptoms [of psychosis] after menopause.” As a researcher, she “knew that estrogens can have ameliorating effects on brain health, especially in schizophrenia.”

She and her colleagues were motivated to research the issue because there is a “remarkable paucity” of quantitative data on “vulnerable period that all women with schizophrenia will experience.”

People were stratified according to age (younger than 45 years and 45 years or older), with same person contributing person-time to both age groups. The cohort was also subdivided into 5-year age groups, starting at age 20 years and ending at age 69 years.

The primary outcome measure was relapse (ie, inpatient hospitalization because of psychosis).

The researchers restricted the main analyses to the four most frequently used oral antipsychotic monotherapies: clozapine, olanzapine, quetiapine, and risperidone.

When the researchers compared men and women younger than 45 years, there were “few consistent differences” in proportions hospitalized for psychosis.

Starting at age 45 years and continuing through the oldest age group (65-69 years), higher proportions of women were hospitalized for psychosis compared with their male peers (all Ps < .00001).

Women had 45 or more significantly higher risk for relapse associated with standard dose use compared with the other groups:

In women, the efficacy of the antipsychotics was decreased at these DDDs/d:

“We…showed that antipsychotic monotherapy is most effective in preventing relapse in women below 45, as compared to women above that age, and also as compared to men of all ages,” the authors summarize. But after age 45 years, “the tide seems to turn for women,” compared with younger women and with men of the same age group.

One of several study limitations was the use of age as an estimation of menopausal status, they note.

“When the efficacy of previously effective antipsychotic doses wanes at menopause, raising the dose is not the treatment of choice because it increases the risk of weight gain, cardiovascular, and cerebrovascular events,” said Seeman, who was not involved with the current research.

“Changing to an antipsychotic that is less affected by estrogen loss may work better,” she continued, noting that amisulpride and aripiprazole “work well post menopause.”

Additional interventions may include changing to a depot or skin-patch antipsychotic that “obviates first-pass metabolism,” adding hormone replacement or a selective estrogen receptor modulator or including phytoestrogens (bioidenticals) in the diet.

This work was supported by the Finnish Ministry of Social Affairs and Health through the developmental fund for Niuvanniemi Hospital and the Academy of Finland . The Dutch Medical Research Association supported Sommer. Sommer declares no relevant financial relationships. The other authors’ disclosures are listed on the original paper. Seeman declares no relevant financial relationships.