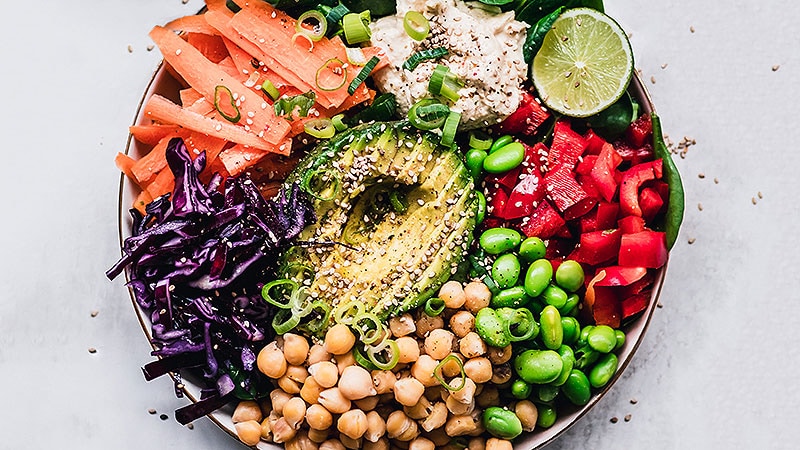 Adherence to the MIND diet can improve memory and thinking skills of older adults, even in the presence of Alzheimer’s disease pathology, new data from the Rush Memory and Aging Project (MAP) show.

The study was published online September 14 in the Journal of Alzheimer’s Disease.

“While previous investigations determined that the MIND diet is associated with a slower cognitive decline, the current study furthered the diet and brain health evidence by assessing the impact of brain pathology in the diet-cognition relationship,” Dhana said.

The MIND diet was pioneered by the late Martha Clare Morris, ScD, a Rush nutritional epidemiologist, who died last year of cancer at age 64. A hybrid of the Mediterranean and DASH (Dietary Approaches to Stop Hypertension) diets, the MIND diet includes green leafy vegetables, fish, nuts, berries, beans, and whole grains and limits consumption of fried and fast foods, sweets, and pastries.

The current study focused on 569 older adults who died while participating in the MAP study, which began in 1997. Participants in the study were mostly White and were without known dementia. All of the participants agreed to undergo annual clinical evaluations. They also agreed to undero brain autopsy after death.

Beginning in 2004, participants completed annual food frequency questionnaires, which were used to calculate a MIND diet score based on how often the participants ate specific foods.

The researchers used a series of regression analyses to examine associations of the MIND diet, dementia-related brain pathologies, and global cognition near the time of death. Analyses were adjusted for age, sex, education, APOE e4, late-life cognitive activities, and total energy intake.

The results show that a higher MIND diet score was associated with better global cognitive functioning around the time of death (β = 0.119; P = .003).

Notably, say the researchers, neither the strength nor the significance of association changed markedly when AD pathology and other brain pathologies were included in the model (β = 0.111; P = .003).

The relationship between better adherence to the MIND diet and better cognition remained significant when the analysis was restricted to individuals without mild cognitive impairment at baseline (β = 0.121; SE = 0.042 P = .005) as well as to persons in whom a postmortem diagnosis of AD was made on the basis of NIA-Reagan consensus recommendations (β = 0.114; P = .023).

The limitations of the study include the reliance on self-reported diet information and a sample made up of mostly White volunteers who agreed to annual evaluations and postmortem organ donation, thus limiting generalizability.

Strengths of the study include the prospective design with annual assessment of cognitive function using standardized tests and collection of the dietary information using validated questionnaires. Also, the neuropathologic evaluations were performed by examiners blinded to clinical data.

“Diet changes can impact cognitive functioning and risk of dementia, for better or worse. There are fairly simple diet and lifestyle changes a person could make that may help to slow cognitive decline with aging and contribute to brain health,” Dhana said in a news release.

Weighing in on the study, Heather Snyder, PhD, vice president of medical and scientific relations for the Alzheimer’s Association, said this “interesting study sheds light on the impact of nutrition on cognitive function.

“The findings add to the growing literature that lifestyle factors ― like access to a heart-healthy diet ― may help the brain be more resilient to disease-specific changes,” Snyder told Medscape Medical News.