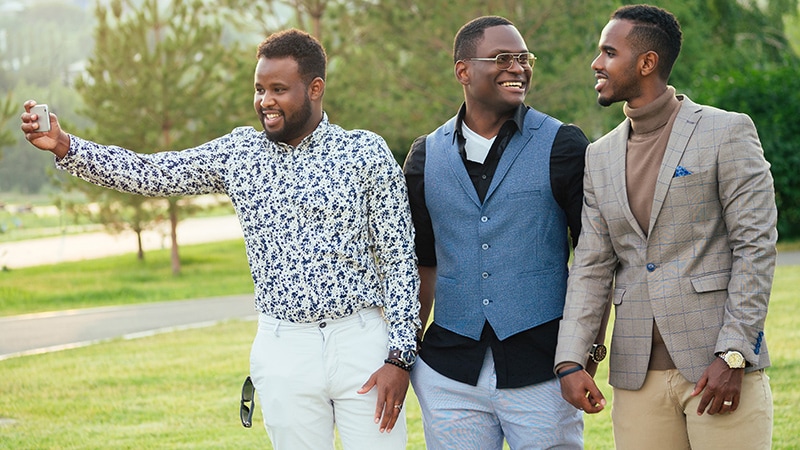 Use of race-based diabetes screening thresholds could reduce the disparity that arises from current screening guidelines in the United States, new research suggests.

In August 2021, the US Preventive Services Task Force (USPSTF) lowered the recommended age for type 2 diabetes screening from 40 to 35 years among people with a body mass index (BMI) of 25 kg/m2 or greater.

However, the diabetes rate among ethnic minorities aged 35-70 years in the United States is not just higher overall but, in certain populations, also occurs more frequently at a younger age and at lower BMIs, the new study indicates.

Among people with BMI below 25 kg/m2, the diabetes prevalence is two to four times higher among Asian, Black, and Hispanic Americans than among the US White population.

And the authors of the new study, led by Rahul Aggarwal, MD, predict that if screening begins at age 35 years, the BMI cut-off equivalent to 25 kg/m2 for White Americans would be 18.5 kg/m2 for Hispanic and Black Americans and 20 kg/m2 for Asian Americans.

“While diabetes has often been thought of as a disease that primarily affects adults with overweight or obese weight, our findings suggest that normal-weight adults in minority groups have surprisingly high rates of diabetes,” Aggarwal, senior resident physician in internal medicine at Harvard Medical School, Boston, Massachusetts, told Medscape Medical News.

“Assessing diabetes risks in certain racial/ethnic groups will be necessary, even if these adults do not have overweight or obese weight,” he added.

Not screening in this way “is a missed opportunity for early intervention,” he noted.

And both the authors and an editorialist stress that the issue isn’t just theoretical.

“USPSTF recommendations influence what payers choose to cover, which in turn, determines access to preventative services…Addressing the staggering inequities in diabetes outcomes will require substantial investments in diabetes prevention and treatment, but making screening more equitable is a good place to start,” said senior author Dhruv S. Kazi, MD, of the Smith Center for Outcomes Research in Cardiology and director of the Cardiac Critical Care Unit at Beth Israel, Boston, Massachusetts.

In their study, based on data from the National Health and Nutrition Examination Survey (NHANES) for 2011-2018, Aggarwal and colleagues also calculated that, if the BMI threshold is kept at 25 kg/m2, then the equivalent age cut-offs for Asian, Black, and Hispanic Americans would be 23, 21, and 25 years, respectively, compared with 35 years for White Americans.

The findings were published online May 9 in the Annals of Internal Medicine.

Undiagnosed diabetes was also significantly more common among minority populations, at 27.6%, 22.8%, 21.2%, and 23.5% for Asian, Black, Mexican, and other Hispanic Americans, respectively, versus 12.5% for White Americans.

“The Time Has Come for USPSTF to Offer More Concrete Guidance”

“While there is more work to be done on carefully examining the long-term risk–benefit trade-off of various diabetes screening, I believe the time has come for USPSTF to offer more concrete guidance on the use of lower thresholds for screening higher-risk individuals,” Kazi told Medscape Medical News.

The author of an accompanying editorial agrees, noting that in a recent commentary the USPSTF, itself, “acknowledged the persistent inequalities across the screening-to-treatment continuum that result in racial/ethnic health disparities in the United States.”

“Implementation Will Require an Eye for Pragmatism”

Asked about how this recommendation might be carried out in the real world, Aggarwal told Medscape Medical News that because all three minority groups with normal weight had similar diabetes risk profiles to White adults with overweight, “one way for clinicians to easily implement these findings is by screening all Asian, Black, and Hispanic adults ages 35 to 70 years with normal weight for diabetes, similarly to how all White adults ages 35 to 70 years with overweight are currently recommended for screening.”

Kazi said: “I believe that implementation will require an eye for pragmatism,” noting that another option would be to have screening algorithms embedded in the electronic health record to flag individuals who qualify.

In any case, “The simplicity of the current one-size-fits-all approach is alluring, but it is profoundly inequitable. The more I look at the empiric evidence on diabetes burden in our communities, the more the status quo becomes untenable.”

However, Kazi also noted, “the benefit of any screening program relates to what we do with the information. The key is to ensure that folks identified as having diabetes — or better still prediabetes — receive timely lifestyle and pharmacological interventions to avert its long-term complications.”

This study was supported by institutional funds from the Richard A. and Susan F. Smith Center for Outcomes Research in Cardiology. Aggarwal, Kazi, and Ngo-Metzger have reported no relevant relationships.