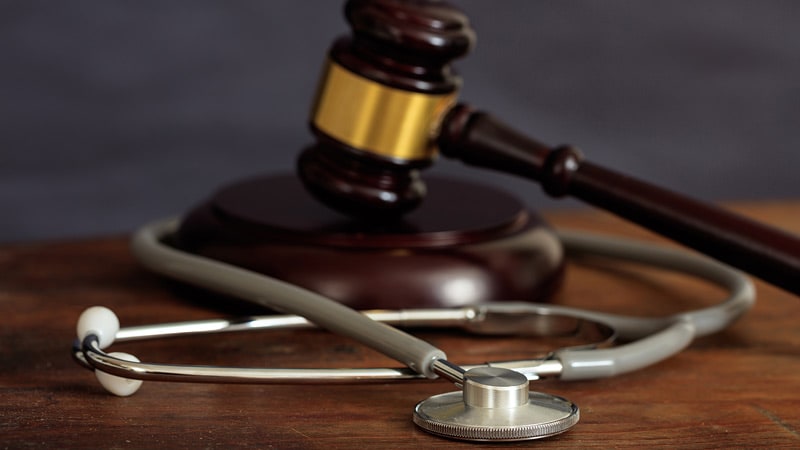 More than forty percent (42%) of primary care providers (PCPs) say they have been named in at least one malpractice suit, according to the Medscape Primary Care Physician Malpractice Report 2021. This figure is less than the overall proportion of physicians in all specialties named in a malpractice suit (51%).

More PCPs were part of lawsuits that named multiple parties (34%) than suits that named a individual practitioners (11%). Failure to make a proper diagnosis (41%) was the most common claim in malpractice suits against PCPs, followed by poor outcome/disease progression (26%), complications from treatment/surgery (17%), wrongful death (16%), and failure to treat/delayed treatment (16%).

Most PCPs (63%) reported malpractice insurance premiums of less than $20,000 per year, which is more than the overall proportion for all specialists (52%). The typical premium for PCPs was $5000–$9999 (26%). Premium payments varied widely by geographic area, with a PCP in New York paying five times as much as a colleague in California, Tennessee, or Ohio would pay to obtain comparable coverage, the survey found.

More than 9 in 10 PCPs (91%) reported being “very surprised” or “somewhat surprised” to having been part of a malpractice suit and reported being upset and anxious: “Feeling betrayed by people to whom I had provided good care, and embarrassed that my colleagues might find out,” as one internist put it. The majority (84%) of PCPs said their lawsuits were unwarranted, in line with perceptions among all specialists (83%).

The largest proportions of cases were settled before trial (35%) or were dismissed within a few months of lawsuit filing (16%). A judge or jury ruled in the plaintiff’s favor only 2% of the time. Seven percent of cases are ongoing, and 3% were settled at trial, according to the survey.

Two thirds (68%) of PCPs said that the lawsuit did not negatively affect their careers, and more than 1 in 4 (28%) said they now no longer trust patients or that they treat them differently. This change in trust is slightly higher than for specialists overall (24%).

More than 4 in 10 PCPs (41%) said they would have done nothing differently despite being sued. The largest proportion of changes other PCPs would have made included improved documentation (18%) and ordering additional tests as a hedge against a lawsuit (11%); 10% said they should never have taken on the patient in the first place.

Marcus A. Banks, MA, is a journalist based in New York City who covers health news with a focus on new cancer research. His work appears in Medscape, Cancer Today, The Scientist, Gastroenterology and Endoscopy News, Slate, TCTMD, and Spectrum.