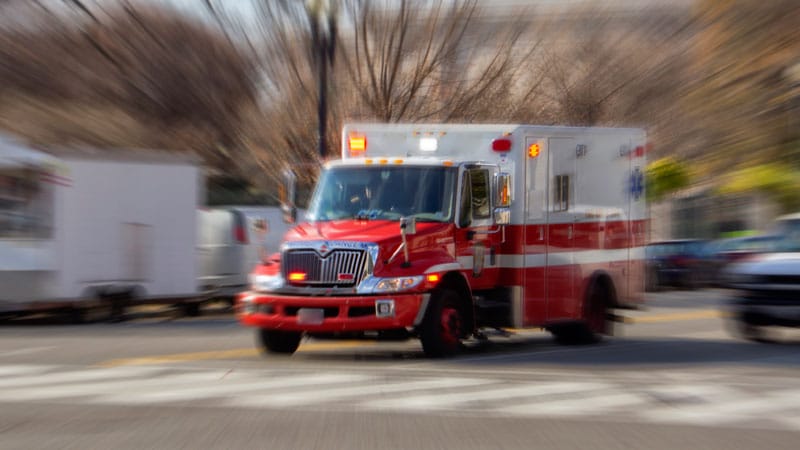 Having a mobile interventional stroke team (MIST) travel to treat stroke patients soon after stroke onset may improve patient outcomes, according to a new study. A retrospective analysis of a pilot program in New York City found that patients who were treated on the ground by the MIST team rather than transferred to a specialized stroke center received faster care and were almost twice as likely to be functionally independent 3 months later.

“The use of a [MIST] traveling to Thrombectomy Capable Stroke Centers to perform endovascular thrombectomy has been shown to be significantly faster with improved discharge outcomes,” wrote lead author Jacob Morey, a doctoral candidate at Icahn School of Medicine at Mount Sinai in New York City, and coauthors in the paper. Prior to this study, “the effect of the MIST model stratified by time of presentation” had yet to be studied.

The findings were published online on August 5 in Stroke.

The researchers analyzed 226 patients who underwent endovascular thrombectomy between January 2017 and February 2020 at four hospitals in the Mount Sinai health system using the NYC MIST Trial and a stroke database. At baseline, all patients were functionally independent as assessed by the modified Rankin Scale (mRS, score of 0-2). A total of 106 patients were treated by a MIST team — staffed by a neurointerventionalist, a fellow or physician assistant, and radiologic technologist — that traveled to the patient’s location. A total of 120 patients were transferred to a comprehensive stroke center or a hospital with endovascular thrombectomy expertise. The analysis was stratified based on whether the patient presented in the early time window (≤ 6 hours) or late time window (> 6 hours).

Patients treated in the early time window were significantly more likely to be mobile and able to perform daily tasks (mRS ≤ 2) 90 days after the procedure in the MIST group (54%), compared with the transferred group (28%; P < .01). Outcomes did not differ significantly between groups in the late time window (35% vs 41%; P = .77).

Similarly, early-time-window patients in the MIST group were more likely to have higher functionality at discharge, compared with transferred patients, based on the on the National Institutes of Health Stroke Scale (median score, 5.0 vs 12.0; P < 0.01). There was no significant difference between groups treated in the late time window (median score, 5.0 vs 11.0; P = .11).

“Ischemic strokes often progress rapidly and can cause severe damage because brain tissue dies quickly without oxygen, resulting in serious long-term disabilities or death,” Johanna Fifi, MD, of Icahn School of Medicine, said in a statement to the American Heart Association. “Assessing and treating stroke patients in the early window means that a greater number of fast-progressing strokes are identified and treated.”

Endovascular thrombectomy is a time-sensitive surgical procedure to remove large blood clots in acute ischemic stroke that has “historically been limited to comprehensive stroke centers,” the authors wrote in their paper. It is considered the standard of care in ischemic strokes, which make up 90% of all strokes. “Less than 50% of Americans have direct access to endovascular thrombectomy, the others must be transferred to a thrombectomy-capable hospital for treatment, often losing over 2 hours of time to treatment,” said Fifi. “Every minute is precious in treating stroke, and getting to a center that offers thrombectomy is very important. The MIST model would address this by providing faster access to this potentially life-saving, disability-reducing procedure.”

Access to timely endovascular thrombectomy is gradually improving as “more institutions and cities have implemented the [MIST] model,” Fifi said.

“This study stresses the importance of ‘time is brain,’ especially for patients in the early time window. Although the study is limited by the observational, retrospective design and was performed at a single integrated center, the findings are provocative,” Louise McCullough, MD, of the University of Texas Health Science Center at Houston, said in a statement to the American Heart Association. “The use of a MIST model highlights the potential benefit of early and urgent treatment for patients with large-vessel stroke. Stroke systems of care need to take advantage of any opportunity to treat patients early, wherever they are.”

The study was partly funded by a Stryker Foundation grant.