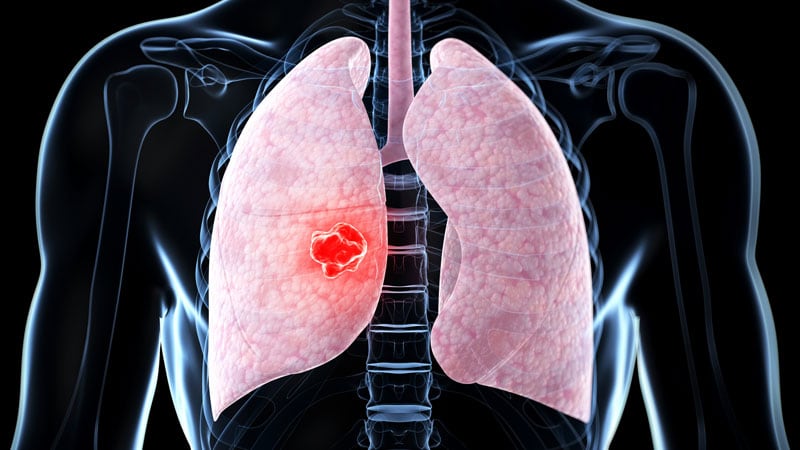 What’s less clear is whether monotherapy with an EGFR TKI or combination therapy with a TKI and chemotherapy, immunotherapy, monoclonal antibodies or other targeted agents is the preferred frontline strategy.

NSCLC guidelines from the National Comprehensive Cancer Network, for example, recommend that patients with EFGR mutations such as exon 19 deletion, discovered prior to first-line systemic therapy, should preferably received osimertinib (Tagrisso) or another TKI, such as erlotinib (Tarceva), afatinib (Gilotrif), gefitinib (Iressa) or dacomitinib (Vizimpro), or erlotinib with a VEGF inhibitor. For patients with EGFR mutations identified during first-line systemic therapy, NCCN recommends complete systemic therapy or interrupting it, followed by osimertinib as the preferred agent, or another TKI with or without a VEGF inhibitors.

Similarly, guidelines from the American Society of Clinical Oncology and Ontario Health recommend osimertinib monotherapy as a preferred first-line option for patients with L858R/exon 19 deletion EGFR mutations. Alternatives for patients for whom osimertinib is not available include gefitinib plus platinum/pemetrexed chemotherapy with maintenance pemetrexed, monotherapy with dacomitinib, or other targeted agents with or without VEGF inhibitors.

Combination or Go It Alone?

The guidelines are largely mute on the question of chemotherapy in this population, primarily because they have not caught up to clinical trial evidence, said Paul Wheatley-Price, MBChB, FRCP, MD, from the University of Ottawa Hospital Research Institute.

“There is recent data that looks quite promising on combining EGFR inhibitors with either chemotherapy or antiangiogenic drugs, but it’s too soon, I think, and while the trials are promising, there are still too many question marks over it to make it into the guidelines,” he said in an interview.

The question of frontline combinations vs. monotherapy in patients with advanced EGFR-mutated NSCLC was the subject of a recent “controversies in thoracic oncology” feature in the Journal of Thoracic Oncology, with Wheatley-Price and University of Ottawa colleague Sara Moore, MD, FRCPC, arguing that combining EGFR TKIs with either cytotoxic chemotherapy or antiangiogenic monoclonal antibodies targeting the vascular endothelial growth factor (VEGF) receptor has been shown consistently to improve progression-free survival (PFS) and in some cases overall survival (OS).

“There is a consistent drop-off in patients who receive second-line therapy, highlighting the importance of using combination therapy in the first-line setting to ensure patients will be exposed to multiple available therapies that may prolong survival. Chemotherapy-based combinations lead to improved response rates which may be especially helpful in patients with a significant burden of disease,” they wrote.

The authors noted that, compared with patients with wild-type EGFR, patients with EGFR-mutated NSCLC had a doubling of response rates to chemotherapy with a platinum-based doublet in the IPASS trial, suggesting that EGFR-mutated tumors may be more chemosensitive.

“Chemotherapy and EGFR TKIs may have a synergistic effect through combined reduction in vascular endothelial growth factor (VEGF)–mediated angiogenesis, and with EGFR TKIs counteracting chemotherapy-induced up-regulation of downstream EGFR signaling,” they wrote.

The authors cited two studies, one from Japan, and one from India, both of which showed significant improvements in response rates, PFS, and OS with the combination of gefitinib plus carboplatin and pemetrexed chemotherapy with pemetrexed maintenance vs. carboplatin alone,

“Now of course we don’t use gefitinib as our first-line treatment. In Canada and the United States, we use osimertinib, so certainly the chemotherapy/TKI combination, while it looks quite promising, was compared to an old control arm,” Wheatley-Price said.

He noted that the phase 3 FLAURA2 trial, currently underway, will address the question of whether adding osimertinib to a chemotherapy doublet with pemetrexed plus either carboplatin or cisplatin can improve PFS in patients with EGFR-positive locally advanced or metastatic NSCLC, compared with osimertinib alone.

The authors acknowledged that chemotherapy adds toxicities, compared with the use of TKI monotherapy, but added that, “even with the use of first-line osimertinib monotherapy, patients may still be exposed to chemotherapy with later lines of treatment. Therefore, combination therapy does not expose patients to new toxicity, it simply changes when they will be exposed to that toxicity during their treatment course.”

Adding a VEGF-targeted monoclonal antibody or TKI to and EGFR TKI has shown consistent PFS benefits in the NEJ026, ARTEMIS, RELAY, and ACTIVE trials, Moore and Wheatley-Price noted.

“In all four trials, resistance testing at the time of progression revealed similar rates of T790M mutation in both arms, highlighting the potential role of optimizing the sequence of therapy with use of second-line osimertinib among those with a T790M resistance mutation,” they wrote.

All four trials also showed higher rates of adverse events in the combination arms, but most, except for hypertension, were low grade, and in the RELAY trial the added toxicities did not significantly affect patient quality of life, they said.

Although in agreement that the combination of gefitinib and chemotherapy has both PFS and OS benefits compared with monotherapy alone, “these combinations are not applicable to real-life practice given their use of first-generation EGFR TKIs rather than third-generation EGFR TKI osimertinib,” wrote Sophie Stock-Martineau, MD, FRCPC from Hôpital Maisonneuve-Rosemont and the University of Montreal, and Frances A. Shepherd, MD, FRCPC from the Princess Margaret Cancer Centre in Toronto, in an article touting EGFR monotherapy.

They stated that until the results of FLAURA2 are available “osimertinib alone remains the current standard first-line therapy in metastatic EGFRm+ NSCLC.”

“The addition of an antiangiogenic agent to an EGFR TKI mildly prolongs PFS; however, it does not yet translate into survival benefit. Not only does it add more toxicity to patients, but it also adds cost, which is far from negligible,” they wrote.

Stock-Martineau and Shepherd also noted that two phase 2 trials comparing afatinib with the EGFR monoclonal antibody cetuximab (Erbitux) showed no PFS or OS benefits in patients with untreated EGFR-mutated NSCLC and were terminated for lack of efficacy.

In addition, clinical trials of combinations of EGFR TKIs with immune checkpoint inhibitors ­or MET inhibitors have failed to date to demonstrate survival benefits, the authors said.

“No trials have yet revealed PFS or OS benefit with osimertinib combinations. Adding virtually all agents to EGFR TKIs has been associated with more toxicity to patients and a significant financial burden to the health care system. Combinations could potentially also worsen quality of life given their heightened toxicity profiles. Therefore, single-agent EGFR TKI, such as osimertinib, remains for now the standard of care in the first-line setting for advanced EGFRm+ NSCLC,” they concluded.

No funding sources for the articles were reported. All authors declared no conflicts of interest to disclose.