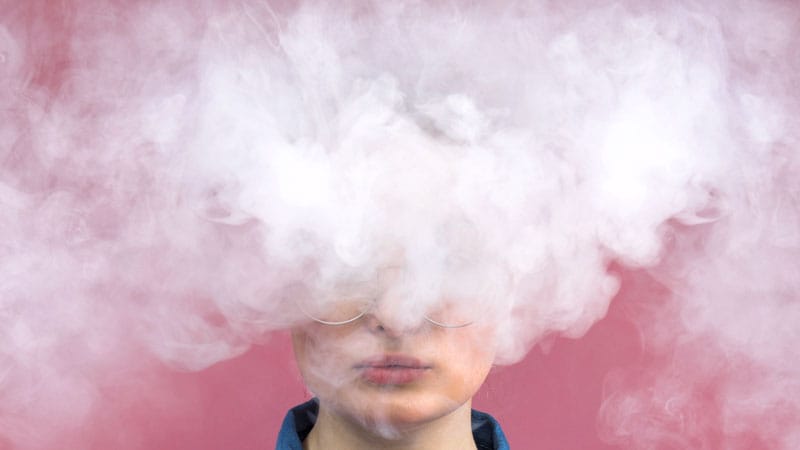 Patients with persistent cognitive impairment months after illness with mild COVID-19 have higher levels of inflammatory markers in their cerebrospinal fluid (CSF).

Researchers found elevated levels of CSF immune activation and immunovascular markers in individuals with cognitive post-acute sequelae of SARS-CoV-2 infection (PASC). Patients whose cognitive symptoms developed during the acute phase of COVID-19 had the highest levels of brain inflammation.

The findings add to a growing body of evidence that suggests the condition often referred to as “brain fog” has a neurological basis, said lead author Joanna Hellmuth, MD, MHS, assistant professor of neurology at the University of California, San Francisco Weill Institute of Neurosciences and the UCSF Memory and Aging Center.

The findings will be presented at the American Academy of Neurology (AAN) 2022 Annual Meeting on Thursday.

Extending that work in this new study, researchers studied patients from the Long-term Impact of Infection with Novel Coronavirus (LIINC) study with confirmed SARS-CoV-2 infection who were not hospitalized. They conducted 2-hour neurocognitive interviews and identified 23 people with new, persistent cognitive symptoms (cognitive PASC) and 10 with no cognitive symptoms who served as controls.

All participants underwent additional neurologic examination and neuropsychological testing, and half agreed to a lumbar puncture to allow researchers to collect CSF samples. The CSF was collected a median of 10.2 months after initial COVID symptoms began.

The PASC group also had elevated levels of CSF immune activation markers interferon-gamma-inducible protein, interleukin-8, and immunovascular markers vascular endothelial growth factor-C and VEGFR-1, although the differences with the control group were not statistically significant.

The timing of the onset of cognitive problems was also associated with higher levels of immune activation and immunovascular markers. Patients with brain fog that developed during the acute phase of COVID-19 had higher levels of CSF VEGF-C compared with patients whose cognitive symptoms developed more than a month after initial COVID symptoms (173 pg/mL vs 99 pg/mL; P = .048) and COVID controls (79 pg/mL; P = .048).

Researchers believe these new findings could mean that intrathecal immune activation and endothelial activation/dysfunction may contribute to cognitive PASC and that the mechanisms involved may be different in patients with acute cognitive PASC vs those with delayed onset.

“Our data suggests that perhaps in these people with more acute cognitive changes they don’t have the return to homeostasis,” Hellmuth said, while patients with delayed onset cognitive PASC had levels more in line with COVID patients who had no cognitive issues.

“When you have nonspecific symptoms for which specific tests are unavailable,” Schaffner explained, “there is a natural question that always comes up: Is this principally a biologically induced phenomenon or psychological? This moves the needle substantially in the direction of a biological phenomenon.”

Another important element to the study, Schaffner said, is that the patients involved had mild COVID.

Although the small size of the study is a limitation, Schaffner said that shouldn’t minimize the importance of these findings.

“That it’s small doesn’t diminish its value,” he said. “The next step forward might be to try to associate the markers more specifically with COVID. The more precise we can be, the more convincing the story will become.”