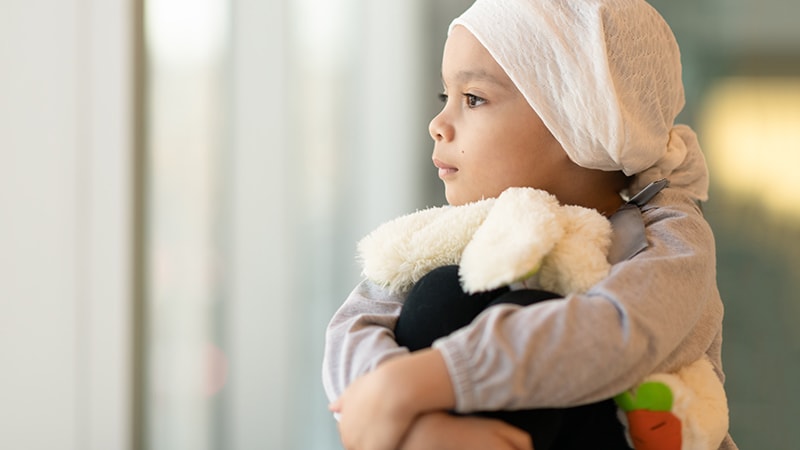 Neurologic manifestations such as headache, neuropathy, seizures, and cell infiltration are common in pediatric patients with acute leukemia and are associated with a higher mortality rate, according to a retrospective, analytic, longitudinal study carried out in Mexico.

“Acute [lymphoblastic] leukemia occurs in one-third of children with cancer and is the most common type at this age,” write the authors. “In Mexico, the Ministry of Health (SSA) has reported an annual incidence of 2500 to 3000 cases, with a mortality rate between 4.35 and 6.88 per 100,000 children. In particular, the presence of neurological manifestations is frequent in the course of the disease, not only during the diagnosis, but also in relapses.” The article was published in Children.

Diana Alejandra Cruz Chávez, lead author of the study and nurse at November 20 Hospital in Mexico City, told Medscape Spanish Edition that most of the available articles focus either on a single drug or on a particular manifestation. “We found that the neurological manifestations vary, so we decided to test them together to give the trial more validity.”

Between June 2015 and December 2020, a total of 607 pediatric patients with a confirmed diagnosis of acute leukemia were enrolled in the study. All the patients who made up the cohort were classified according to sex and age range. The acute leukemia subtype and the different neurologic manifestations were also considered.

The purpose of the study, led by Cruz, consisted of describing the neurologic manifestations and clinical outcome of the different cases and identifying risk factors and potentially related clinical or demographic characteristics over an average of 48 months of follow-up.

Among the pediatric patients enrolled in the study, most (54.85%) were boys (mean age, approximately 7 years).

From the data collected from the medical records, the authors found within the study population, there were more cases of acute lymphoblastic leukemia than other subtypes (P < .05). Of the patients enrolled in the study, 508 (83.7%) were diagnosed with the disease, 91 (15%) were diagnosed with acute myeloid leukemia, and eight (1.3%) had mixed-phenotype acute leukemia.

The chemotherapy regimen for patients with acute lymphoblastic leukemia was based on the St. Jude XV protocol, while patients diagnosed with acute myeloid leukemia were treated with a regimen based on mercaptopurine, cytarabine, steroids, dexrazoxane, idarubicin, etoposide, and mitoxantrone. The regimen for mixed-phenotype patients was adjusted in accordance with the predominant cell lineage.

Other regimens used to treat patients with acute lymphoblastic leukemia were the POG protocol for isolated relapse to the central nervous system (CNS) and the LALRA regimen for medium- and intermediate-risk relapse, which was based on regimens of the Memorial Sloan Kettering Cancer Center.

Overall, 73.6% of the patients presented deficits or a neurologic manifestation. For 17.4% of the study population, particularly among 9-year-old children, these were the first clinical manifestations.

Among the most common manifestations were headache (18.9%), neuropathy (11.3%), and seizures. Seizures were the predominant clinical manifestations (26.4%) and were often related to toxicity of the treatment. Most of these symptoms were identified during the induction and reinduction phases.

The infiltration of cells into the CNS was observed in 26.4% of patients. In all cases, this manifestation was identified during the reinduction phase.

Isabel de Maria Tejera, MD, a pediatric oncologist attached to the Licenciado Adolfo Ruiz Cortínez High Specialty Medicine Unit of the Mexican Institute of Social Security in Juárez, said that it is good to consider all the possible neurologic implications that a diagnosis of leukemia entails. Differentiating between the manifestations of the disease and those that could be derived from the treatment, however, would have provided greater clarity to the study.

Cruz pointed out that establishing for sure whether a neurologic manifestation is an effect of leukemia on the body or is a side effect of treatment is complicated.

“We had patients who were diagnosed with leukemia one day, and in 3 days they presented some neurologic manifestation, especially those who even presented cerebrovascular disease. This group generally presented more short-term complications, and many with the steroids window presented symptoms, not necessarily months later but over the course of 15 days to 1 month,” she added.

“We observed that there are manifestations specifically related to a particular drug. For example, vincristine generates peripheral neuropathy and causes most problems in the long term. But we would have to delimit all the confounding variables and establish that a manifestation is really a result of a drug and a dose, because these can change. However, for the time being, we are focusing on a new drug called blinatumomab, for which certain adverse effects have been described, but we do not know if there may be more,” said Cruz.

Among other potential etiologies associated with neurologic manifestations, the authors identified vascular lesions in 4.7% of the study population, while systemic infections, metabolic disorders, and other related conditions were identified in 3.8%, 3.8%, and 17%, respectively. It was not possible to establish a clear relationship for these etiologies.

“Acute lymphoblastic leukemia, which is the most common, has two incidence peaks in its classic description of epidemiology. The first is from 3 to 5 years, and the second is in patients between 10 and 12 years of age. Within the risk characteristics that are assigned to a patient, not only are the neurological ones considered, but age is also considered, which by itself carries a prognosis of risk for the patient,” said Tejera.

“It seems to me a very good analysis of what neurological manifestations imply when diagnosing leukemia, because we must not only consider blood or marrow, it is a whole,” said Tejera. “However, it would be worth separating the percentage of patients with nervous system infiltration. The authors analyze the mortality of children related or not to these manifestations, but when there is an infiltration of the CNS, the characteristics of leukemia tend to be a little more aggressive. The mortality or risk of relapse associated with a debut of leukemia with nervous system infiltration or a relapse of the nervous system is different from the risk of relapse or mortality related to treatment in a child who responds well.

“In the study, the authors mention 55% of patients with a final diagnosis of CNS infiltration, and that speaks volumes about the incidence of leukemia in Mexico, which seems to be higher than that of the rest of the world. We performed an analysis, and the number of patients who had infiltration at diagnosis is higher than that reported worldwide, which indirectly indicates more aggressive behavior,” she added.

“A detailed description of signs, together with factors such as age, could also be used to better educate parents. They are generally informed of very specific symptoms related to leukemia reactivation, such as fever, general malaise, and paleness, but as for the particular neurological symptoms that we review, they are not given importance or are not taken into account,” concluded Cruz.

Cruz and Tejera have disclosed no relevant financial relationships.