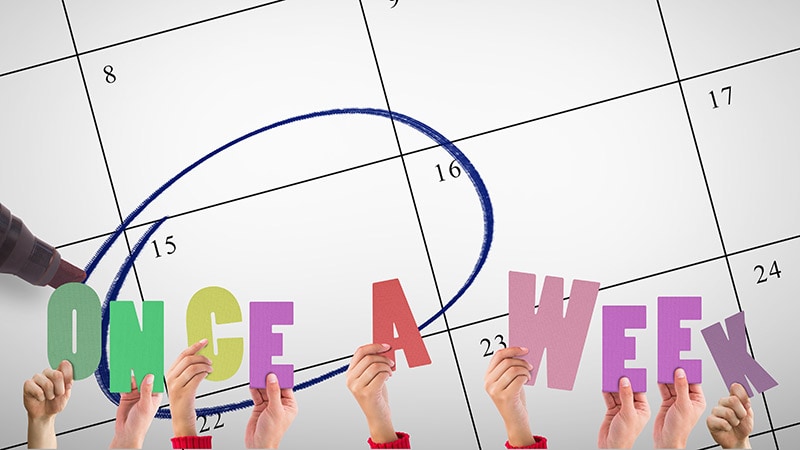 The investigational once-weekly basal insulin icodec (Novo Nordisk) did not lead to increased hypoglycemia compared with once-daily insulin glargine U100 in patients with type 2 diabetes, even with intentionally doubled and tripled doses of both the agents, new research finds.

Insulin icodec works by reversibly binding to albumin, thereby slowing the release of the active insulin analogue. It has a half-life of about 1 week, with nearly even distribution of the glucose-lowering effect over the course of that week. Some have called it a potential game-changer that could reduce treatment burden and improve compliance.

Phase 2 data for insulin icodec showing comparable efficacy and safety to once-daily insulin glargine U100 were published in The New England Journal of Medicine in September 2020 and simultaneously reported at the European Association for the Study of Diabetes (EASD) 2020 annual meeting.

However, some clinicians have expressed concern that an insulin that remains in the system for an entire week could raise the risk for hypoglycemia.

Did Study Address Misperceptions, or Not?

In the study, insulin icodec once weekly for 6 weeks was compared with glargine U100 once daily for 11 days, with single evaluations of doubling and tripling the doses during those periods. There were no differences in hypoglycemia between the two insulins, although some differences were found in other hormonal responses, said Pieber, who is head of the division of endocrinology and metabolism at the Medical University of Graz, Austria.

During the question-and-answer period following Pieber’s presentation, Julio Rosenstock, MD, who led the phase 2 icodec study but wasn’t an author on the newer one, commented: “This study design…was absolutely brilliant in the sense that it addresses some of the misperceptions that people may have with the weekly insulins.”

“People may think that…you may have more hypoglycemia because it’s weekly, so you’ll have a lot of insulin on board and you’re not going to recover. [This study] actually addressed all those misperceptions…[Pieber] absolutely proved them wrong,” said Rosenstock, director of the Dallas Diabetes Research Center at Medical City in Texas.

But session moderator Rajesh Garg, MD, wasn’t convinced. “Once-weekly insulins are pretty exciting, but hypoglycemia is the biggest concern and this study didn’t address it to my satisfaction.”

The doubling and tripling evaluations were just 24-hour periods, he said.

“The concern will be what happens the next day…The long-acting insulin effect [of overdosing by two- or three-times normal] is going to continue the next day and the following day [with icodec], while the insulin glargine effect is over,” he told Medscape Medical News in an interview.

Garg is professor of medicine and director of clinical diabetes at the University of Miami, Florida.

In response to Garg’s question about that during the discussion period after the presentation, Pieber replied the patients were monitored in the clinical research unit for 4 days after the dose escalations, during which time they wore continuous glucose monitors and were given extra carbohydrates. There were “very few events of mild hypoglycemia that were easily compensated with oral carbohydrates,” he said.

But Garg still wasn’t persuaded. “We didn’t get those data about the incidence of hypoglycemia after the study ended.”

The study included 43 patients with type 2 diabetes who were taking basal insulin with or without oral glucose-lowering agents. Patients were an average age of 56 years and 72% were men.

All oral agents except metformin were stopped during the 7-week run-in period and basal insulin doses were optimized. Participants were then randomized to icodec once weekly for 6 weeks or daily glargine U100 for 11 days.

After a washout period, patients were switched to the other regimen.

A double dose of icodec was given 2 weeks after trial initiation and a triple dose at week 5. For glargine, double doses were given on days 3 and 10. Glucose infusions were started at 8:30 AM to maintain euglycemia. At 3:00 PM, insulin and glucose were withdrawn and glycemic responses measured. If a patient’s blood glucose dropped to 45 mg/dL, they were given glucose to maintain that level of hypoglycemia.

The proportions who reached a plasma glucose nadir < 54 mg/dL or experienced hypoglycemic symptoms were 53% with icodec versus 70% with glargine.

Hormone Responses to Hypoglycemia Differed With the Two Insulins

Asked why the difference in adrenaline, Pieber said it wasn’t clear, but a similar phenomenon had been seen in a study of insulin degludec in type 1 diabetes.

“It may be that the flat profile has an impact on the autonomic nervous system or that signaling in the brain is different for the two insulins. It needs further study,” he said.

There were no severe hypoglycemic events during the treatment periods and no serious adverse events throughout the trial.

Phase 3a (ONWARDS) trials of insulin icodec are ongoing.