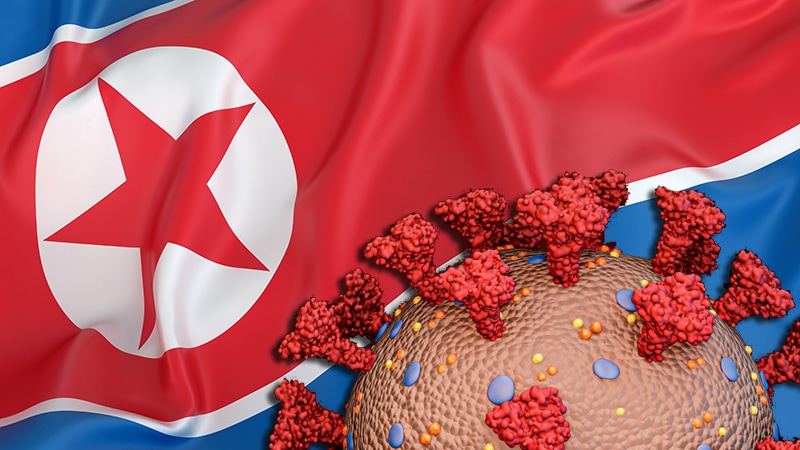 State media reported that an Omicron variant had been detected in the capital, Pyongyang.

“The state’s most serious emergency has occurred: A break emerged in our emergency epidemic prevention front that had been firmly defended until now,” the official Korean Central News Agency said.

North Korea hadn’t confirmed any COVID-19 infections before, although officials in South Korea and the U.S. have said it’s possible that earlier cases circulated in the country due to trade with and travel to China, Reuters reported. North Korea sealed its borders in early 2020 but reopened some crossings with China this year for trade.

If infections spread, an outbreak could cause a crisis in North Korea, which lacks medical supplies and has isolated itself by keeping borders closed and refusing international help with vaccines.

Based on the latest World Health Organization data, there have been no official COVID-19 cases, deaths, or vaccinations in North Korea. In a WHO report from late March, more than 64,200 people have been tested among the country’s 25 million residents, and all were negative.

KCNA reported that samples were collected in Pyongyang on Sunday among people who had a fever. The tests revealed that they had the BA.2 Omicron subvariant. The state media didn’t report the number of positive cases or the source of infection.

State television showed Kim wearing a mask upon arrival for the meeting, before taking it off as the meeting began. All other attendees wore masks. In past footage of similar meetings, everyone but Kim wore a mask, Reuters reported.

Even still, Kim declared that certain economic goals should still be met, according to The Associated Press, which could suggest that North Korea is focusing more on restricting travel and supplies between regions rather than requiring people to stay home. Reports from an AP photographer in South Korea showed that people are still working in fields and walking in the public in a North Korean border town.

South Korean officials have said publicly that they would prepare humanitarian aid for North Korea, including coronavirus treatments and medical supplies, Reuters reported. China has also pledged to provide “all-out efforts” to help North Korea fight an outbreak, though the country has reportedly rejected previous offers from China to provide vaccines, the AP reported.

“For Pyongyang to publicly admit Omicron cases, the public health situation must be serious,” Leif-Eric Easley, PhD, a professor of international studies at Ewha Womans University in Seoul, South Korea, told the AP.

“This does not mean North Korea is suddenly going to be open to humanitarian assistance and take a more conciliatory line toward Washington and Seoul,” he said. “But the Kim regime’s domestic audience may be less interested in nuclear or missile tests when the urgent threat involves coronavirus rather than a foreign military.”