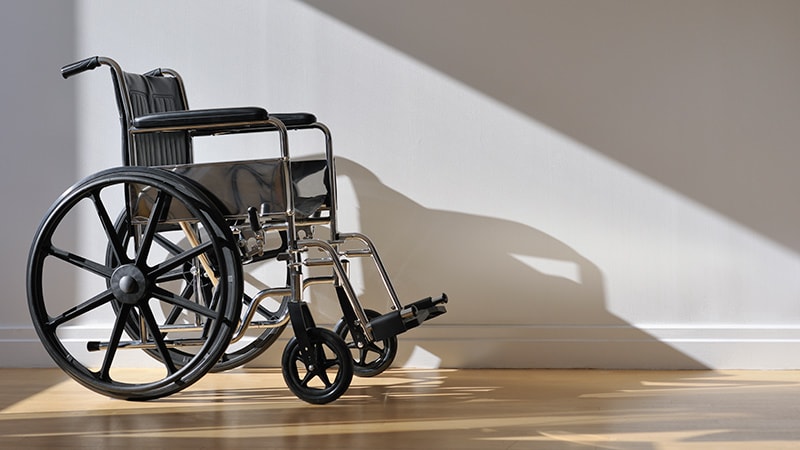 The disease is an autosomal recessive disorder caused by mutations in the ATM gene, which is critical to the response to cellular insults such as DNA breaks, oxidative damage, and other forms of stress. The result is clinical manifestations that range from a suppressed immune system to organ damage and neurological symptoms that typically lead patients to be wheelchair bound by their teenage years.

“It’s really multisystem and a very, very difficult disease for people to live with,” Howard M. Lederman, MD, PhD, said in an interview. Lederman is a coauthor of the study, which was presented by Stefan Zielen, PhD, professor at the University of Goethe, at the 2022 annual meeting of the American Academy of Neurology.

Various therapies have been developed to improve immunodeficiency, lung disease, and some of the other clinical aspects of the condition, but there is no treatment for its neurological effects. “There’s not really been a good animal model, which has been a big problem in trying to test drugs and design treatment trials,” said Lederman, professor of pediatrics and medicine at Johns Hopkins University, Baltimore.

The new results may change that. “In the children under the age of 9, there was really a very clear slowdown in the neurodegeneration, and specifically the time that it took for them to lose the ability to ambulate. It’s very exciting, because it’s the first time that anybody has really shown in a double-blind, placebo-controlled, large phase 3 study that any drug has been able to do this. And there were really no steroid side effects, which is the other really remarkable thing about this study,” said Lederman.

The therapy grew out of a study by researchers in Italy who treated pediatric ataxia telangiectasia patients with corticosteroids and found some transitory improvements in gross motor function, but concerns about long-term exposure to steroids limited its application. EryDel, which specializes in encapsulating therapeutics in red blood cells, became interested and developed a formulation using the patient’s own red blood cells infused with DSP. Reinfused to the patients, the red blood cells slowly release the steroid.

It isn’t clear how dexamethasone works. There are data suggesting that it might lead to transcription of small pieces of the ATM protein, “but that has really not been nailed down in any way at this point. Corticosteroids act on all kinds of cells in all kinds of ways, and so there might be a little bit of this so-called mini-ATM that’s produced, but that may or may not be related to the way in which corticosteroids have a beneficial effect on the rate of neurodegeneration,” said Lederman.

The treatment process is not easy. Children must have 50-60 cc of blood removed. Red blood cells treated to become porous are exposed to DSP, and then resealed. Then the cells are reinfused. “The whole process takes from beginning to end probably about 3 hours, with a really experienced team of people doing it. And it’s limiting because it’s not easy to put in an IV and take 50 or 60 cc of blood out of children much younger than 5 or 6. The process is now being modified to see whether we could do it with 20 to 30 cc instead,” said Lederman.

A “Promising and Impressive” Study

The study is promising, according to Nicholas Johnson, MD, who comoderated the session where the study was presented. “They were able to show a slower rate of neurological degeneration or duration on both the lower and higher dose compared with the placebo. This is promising and impressive, in the sense that it’s a really large (trial) for a rare condition,” Johnson, vice chair of research at Virginia Commonwealth University, Richmond, said in an interview.

The study included 164 patients Europe, Australia, Israel, Tunisia, India, and the United States, who received 5-10 mg dexamethasone, 14-22 mg DSP, or placebo. Mean ages in each group ranged from 9.6 to 10.4 years.

In an intention-to-treat analysis, modified International Cooperative Ataxia Rating Scale (mICARS) scores trended toward improvement in the low-dose (–1.37; P = .0847) and high-dose groups (–1.40; P = .0765) when determined by central raters during the COVID-19 pandemic. There was also a trend toward improvement when determined by local raters in the low dose group (–1.73; P = .0720) and a statistically significant change in the high dose group (–2.11; P = .0277). The researchers noted some inconsistency between local and central raters, due to inconsistency of videography and language challenges for central raters.