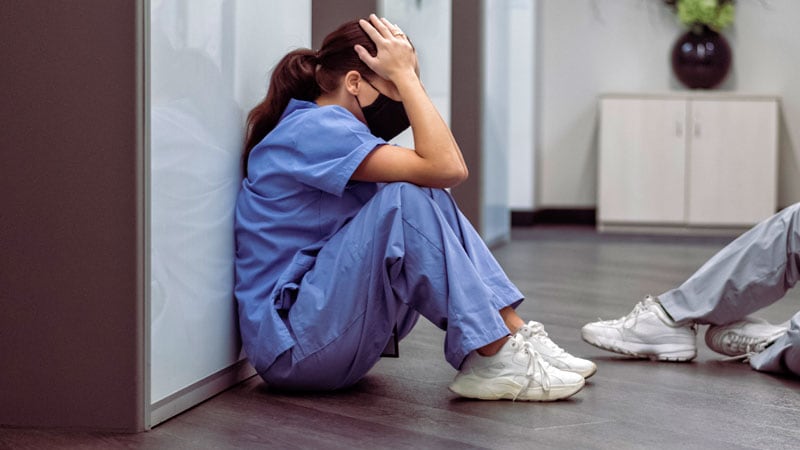 The suicide of a male nurse at a Northern California hospital has inspired an outpouring of empathy on Twitter from a co-worker, nurses, and others over the weekend.

The Santa Clara Police Department “thoroughly investigated” a report April 27 at Kaiser Permanente Santa Clara Medical Center that a male nurse in the emergency room died from a self-inflicted gunshot wound and ruled it a suicide, according to Wahid Kazem, assistant chief of police.

“This tragic event occurred in a closed room that is not used for patient care, adjacent to the emergency department. No other staff or patients were threatened,” according to Rakesh Chaudhary, MD, physician-in-chief of the medical center.

He added that the ER remained open for walk-in patients during the investigation, but ambulances were temporarily diverted to nearby hospitals. “The Santa Clara Police Department and our staff immediately took precautions to isolate the affected area and avoid impact to patient care.”

In terms of the effect on those closer to the victim, Chaudhary said, “Our hearts go out to the family, friends, and coworkers affected by this terrible loss. Our teams are on site providing emotional support and resources for staff.”

Neither the police nor the hospital released the victim’s name. “Out of respect for the privacy of our colleague and their family, we cannot provide any additional details,” Chaudhary said.

Among those who tweeted reactions to the news the past few days was someone who worked with the victim, according to the post: “My heart goes out to my co-worker who thought he had no one to lean on and to my good friend who had to witness this tragedy. Love my ER fam.”

A male critical care RN tweeted: “My heart hurts for the nurse, his loved ones, and colleagues. Anyone working in ER understands the unique stress that we’ve been under. This is so tragic.”

While others cited the need for more mental health services to care for nurses, a psychiatrist on Twitter added, “Nurses are not OK and pizza and pats on the back aren’t going to fix it. This affects all of us.”

Mental health support was listed as a prime demand of striking workers last week at Stanford Health Care and Lucile Packard Children’s Hospital in Palo Alto, about a half hour away from Santa Clara Medical Center.

The nurses’ strike ended today with an agreement between the health systems and the Committee for Recognition of Nursing Achievement union representing the nurses. The contract includes improvements to existing benefits supporting nurses’ health and well-being, according to a StanfordPackardVoice.com newsletter updating the negotiations.

Earlier this year, an intensive care unit RN from Stanford, Michael Odell, reportedly walked off his shift and was found dead 2 days later in San Francisco by the Alameda County Sheriff’s Office dive team. No foul play was suspected and the incident was believed to be a suicide.