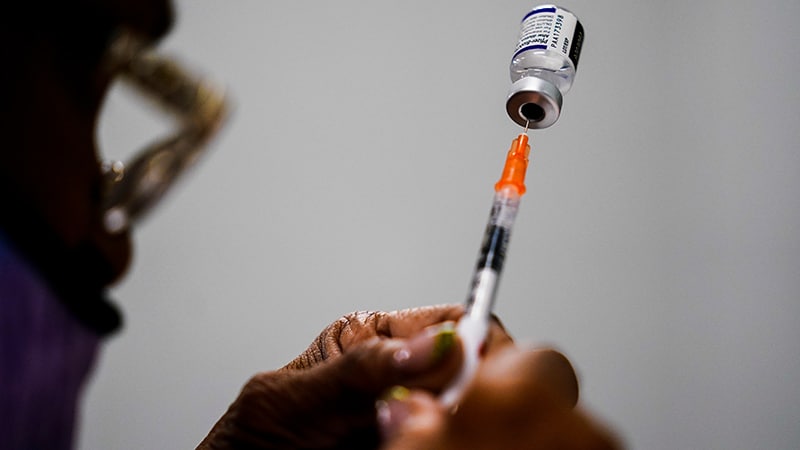 NEW ORLEANS (AP) — A federal appeals court is being asked to reconsider its decision allowing the Biden administration to require that federal employees get vaccinated against COVID-19.

A panel of the 5th U.S. Circuit Court of Appeals last month vacated a lower court ruling blocking the mandate and ordered dismissal of a lawsuit challenging the policy, which was ordered by President Joe Biden in September.

However, that 2-1 ruling by the appellate panel doesn’t take effect until May 31. On Saturday, opponents of the mandate, led by a group called Feds for Medical Freedom, filed a petition asking that the April ruling be vacated and that the full 17-member court hear new arguments in the case.

On Monday, the 5th Circuit asked the government to respond by June 2; it was unclear if the court would take any action before then.

Biden issued an order Sept. 9 that more than 3.5 million federal executive branch workers undergo vaccination, with no option to get regularly tested instead, unless they secured approved medical or religious exemptions.

U.S. District Judge Jeffrey Brown, who was appointed to the District Court for the Southern District of Texas by then-President Donald Trump, issued a nationwide injunction against the requirement in January. At the time, the White House said 98% of federal workers were already vaccinated.

In February, one 5th Circuit panel refused to block Brown’s ruling pending appeal. After hearing arguments in March, a different panel ruled 2-1 that Brown didn’t have jurisdiction in the case and those challenging the requirement could have pursued administrative remedies under Civil Service law.

Judges Carl Stewart and James Dennis, both nominated to the court by Democratic President Bill Clinton, were in the majority. Judge Rhesa Barksdale, a senior judge nominated by Republican President George H.W. Bush, dissented, saying the relief the challengers sought does not fall under the Civil Service Reform Act cited by the administration.