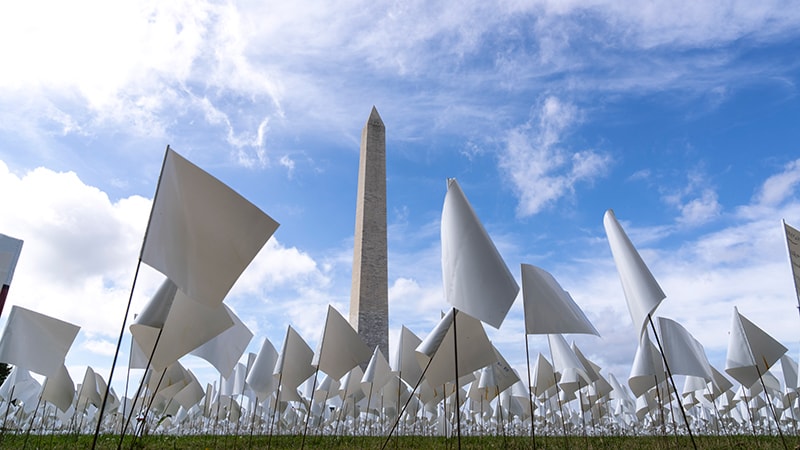 The COVID-19 pandemic is now associated with the highest number of excess deaths worldwide since the 1918 flu pandemic, sometimes known as the “Spanish flu.”

Excess mortality is a way of quantifying the impact of a pandemic, based on overall mortality from nonpandemic periods. Mortality data over long periods of time are not available for many countries, but Switzerland, Sweden, and Spain have accumulated death count data for an uninterrupted period of more than 100 years.

In a study published in the Annals of Internal Medicine, Kaspar Staub, PhD, of the University of Zurich led a team of researchers in reviewing data on monthly excess deaths from all causes for Switzerland, Sweden, and Spain for 2020 to 2021. Staub and colleagues also compared these numbers to other pandemic and nonpandemic periods since the end of the 19th century. The starting years were 1877 for Switzerland, 1851 for Sweden, and 1908 for Spain.

The researchers collected data for monthly all-cause deaths from the statistical offices of each country and determined excess mortality by comparing these numbers to population size and age structure.

“Our findings suggest that the pandemic led to the second-largest mortality disaster driven by a viral infection in more than 100 years in the three countries we studied, second only to the 1918 influenza pandemic,” the researchers wrote.

They explained that the excess mortality for the year 1918 was six to seven times higher than the 2020 numbers, but that the 2020 numbers might have been higher without the strong public health interventions taken worldwide to mitigate the impact of the COVID-19 pandemic.

“Early estimates suggest that vaccination prevented approximately 470,000 deaths in persons aged 60 years or older across 33 European countries between December 2019 and November 2021,” they wrote. However, because the COVID-19 pandemic is ongoing, “a more conclusive assessment will have to wait,” they added.

The 2020 numbers also were higher than most mortality rates since 1918, including peak years of previous influenza pandemics that occurred in 1957, 1968, 1977, and, most recently, the swine flu pandemic of 2009 which was caused by a novel strain of the H1N1 influenza virus.

The study findings had some limitations. For example, only three countries were included. Also, monthly death numbers according to sex, age, and cause of death were available only for the past 60 years, and data from years before the 20th century may not be reliable, the researchers said.

The new study does not account for the long-term effects of patients suffering from long COVID, they noted.

“With the COVID-19 pandemic ongoing, this study reinforces the historic magnitude of the problem in terms of mortality and could add to the justification for ongoing public health measures such as vaccination drives and vaccine mandates to curb deaths,” said Suman Pal, MD, an internal medicine physician at the University of New Mexico, Albuquerque, in an interview.

“The results are surprising because when we view the rapid advancement in medical science over the last few decades, which have led to a decline in mortality from many previously fatal diseases, the scale of excess mortality from COVID-19 seems to have offset many such gains in the past 2 years.”

Prior studies of United States mortality data have estimated that excess deaths in the United States in 2020 exceeded the deaths attributed to COVID-19, said Pal. “The findings of this study could help clinicians in their discussion of the need for COVID-19 prevention measures with their patients” and inform discussions between doctors and patients about prevention strategies, he explained.

“Emphasizing that this pandemic is the second-largest cause of death due to a viral infection in a century could help patients understand the need for public health measures that may be viewed as unprecedented, such as government-imposed lockdowns, contact tracing, mask requirements, restrictions on travel, and vaccine mandates,” Pal noted. Better understanding of the evidence behind such measures may decrease the public’s resistance to following them, he added.As for additional research, “region-specific analysis of excess deaths may help estimate the impact of COVID-19 better, especially in regions where data reporting may be unreliable.”

The study was supported by the Foundation for Research in Science and the Humanities at the University of Zurich, the Swiss National Science Foundation, and the U.S. National Institute of Allergy and Infectious Diseases. The researchers and Pal had no financial conflicts.