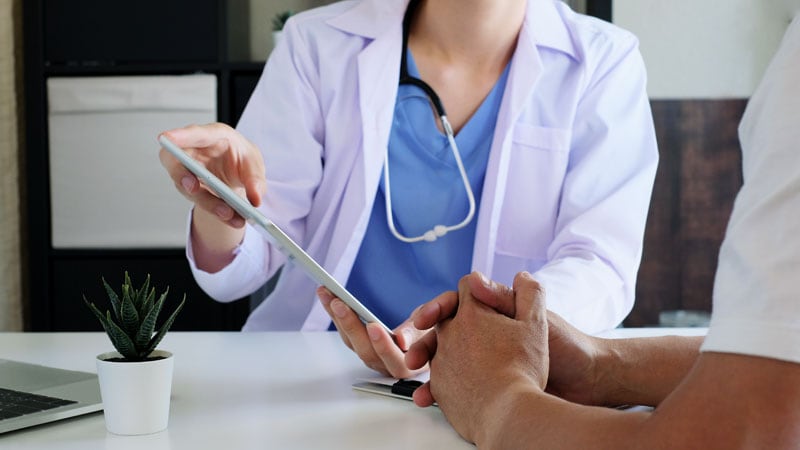 Patients with chronic kidney disease (CKD) and their caregivers report an array of hindrances that often mar their participation in research, including feeling uninformed and stigmatized by their patient status, providing important lessons for health professionals to help improve their experiences — and retention.

“The often invisible challenges patients/caregivers face when becoming involved in research include limited experience in the research setting, unfamiliarity with jargon and acronyms, and intimidation by experts,” report the authors in the article published online February 7 in the Clinical Journal of the American Society of Nephrology.

“Without speaking directly to patients and their families and actively including them in our research, we are missing an enormous opportunity to optimize our resources and make our research more meaningful,” added first author Talia Gutman, PhD, of the University of Sydney, Australia, in a press statement.

Commenting in an accompanying editorial, Kevin John Fowler, principal of The Voice of the Patient Inc, in St. Louis, Missouri, says the study “addresses an important research gap in which scant evidence exists.”

“Through their engagement with people living with kidney diseases and nephrologists, the researchers have identified discordance between what matters to patients vs nephrologists,” says Fowler, who has participated in research as a patient, himself, as a kidney transplant recipient.

Although patients’ active involvement in studies they participate in has been advocated to ensure that research priorities align with the needs of patients/caregivers, evidence has shown clinical research fails to address patient priorities most of the time.

Experiences and Concerns That Prevent Participation

To investigate patients’ and caregivers’ self-reported experiences in CKD research, Gutman and colleagues interviewed 23 adult patients with CKD and their caregivers who had previously taken part in clinical studies in the United States, Australia, United Kingdom, and Denmark.

Key common experiences and concerns that emerged included the “all-encompassing” burden of patients grappling with their CKD diagnosis; feeling shame and stigmatization as being responsible for their diagnosis due to, for instance, drug or alcohol use; and battling the larger agendas of the research system.

“Shame and stigma associated with CKD diagnosis were particularly notable in participants from the United States, who identified this as a major barrier to involvement in research,” the authors report.

Participants also expressed a need for greater appreciation of the “person behind the patient.” Suggested improvements include making sure patients understand the research in plain language and inviting patients to contribute their skills to the research project, such as graphic design.

“Broader skills and expertise from their personal and professional lives were overlooked, and critical connections to important stakeholders, particularly the patient community to whom they felt a responsibility to educate and advocate for, were often ignored,” the authors report.

Payment and compensation were also important issues, with one expressing “it’s the hardest job I never got paid for,” and others noting a lack of diversity, with studies often “heavily dependent on a few highly motivated individuals who give up a lot of their own personal time and personal cost to get involved.”

US participants, in particular, expressed the impression that “clinicians were discouraged from educating their patients due to financially motivated time constraints and, thus, were unable to develop ongoing trusting relationships.”

In dialysis, for instance, US patients reported feeling “uninformed, with little understanding of, or interest in, becoming involved in research,” the authors explain.

“In contrast, participants from Australia and the United Kingdom more frequently described how they were positively supported to be involved in research projects.”

Participants meanwhile voiced interest in being advocates for others by engaging and “empowering” new patients and caregivers through networking.

“As lone voices in research groups, participants reminded the team of ‘why they’re doing this research’ by sharing firsthand insights of their lived experience,” the authors note.

In his editorial, Fowler further points out the important limitation, also acknowledged by the authors, that study participants were “recognized names in the patient advocacy community, and therefore don’t necessarily represent the average person living with kidney disease.”

“It would be valuable to hear from people who are not as activated or who have made the decision to not contribute to research,” he says.

Fowler notes the participants’ “very good recommendation” that researchers should have an ongoing list of potential research collaborators.

“This list must represent the demographics of the kidney disease patient population,” he adds. “If not, how can the nephrology community credibly serve the needs of the patient community?”

Gutman has reported no relevant financial relationships. Disclosures for the other authors are listed in the article.