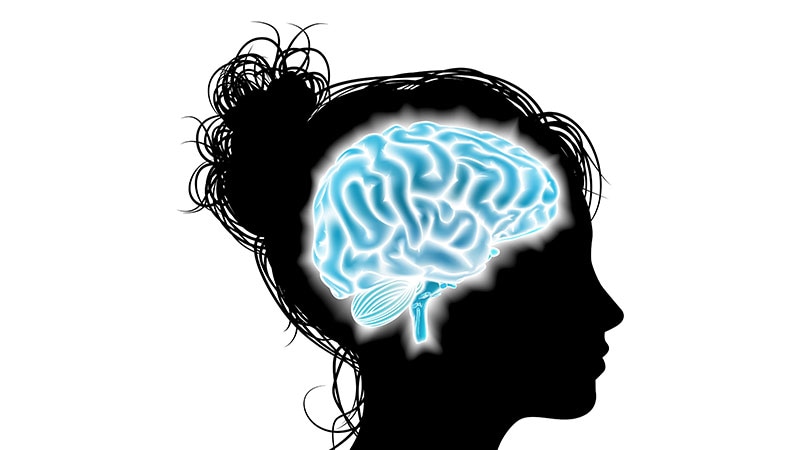 Results from a review and meta-analysis of almost 13 million total participants from nine countries showed that, across multiple different psychotic disorders, there was a 2.5-fold higher risk of developing dementia later in life compared with individuals who did not have a disorder. This was regardless of the age at which the patients first developed the mental illness.

Stafford noted that the results highlight the importance of being aware of and watchful for symptoms of cognitive decline in patients with psychotic disorders in mid- and late life.

“In addition, given that people with psychotic disorders are at higher risk of experiencing multiple health conditions, including dementia, managing overall physical and mental health in this group is crucial,” she said.

The findings were published online October 6 in Psychological Medicine.

Bringing the Evidence Together

There is increasing evidence that multiple psychiatric symptoms and diagnoses are associated with cognitive decline and dementia, with particularly strong evidence for late-life depression, Stafford said.

“However, the relationship between psychotic disorders and dementia is less well-established,” she added.

“We also became aware of several other large studies on the topic published in the last few years and realized that an up-to-date systematic review and meta-analysis was needed to bring together the evidence, specifically focusing on longitudinal studies,” Stafford said.

Random-effects meta-analyses were used to pool estimates across studies. The researchers assessed the risk of bias for each study. They also included two additional studies in the review, but not the meta-analysis, that focused specifically on late-onset acute and transient psychosis and late-onset delusional disorder.

The narrative review showed that most studies (n = 10) were of high methodological quality, although two were rated as fair and one as poor.

Pooled estimates from the meta-analyzed studies showed that only one showed no significant association between psychotic disorders and dementia, whereas 10 reported increased risk (pooled risk ratio [RR], 2.52; 95% CI, 1.67-3.80; I 2 , 99.7%).

“Several possible mechanisms could underlie these findings, although we were not able to directly test these in our review,” Stafford said. She noted that psychotic disorders and other psychiatric diagnoses may cause dementia.

“People with psychotic disorders such as schizophrenia are also at higher risk of health conditions including cardiovascular disease and diabetes, which are known risk factors for dementia and could underpin these associations,” said Stafford.

It is also possible “that psychotic symptoms could be early markers of dementia for some people, rather than causes,” she added.

Commenting for Medscape Medical News, Dilip Jeste, MD, former senior associate dean for healthy aging and senior care and distinguished professor of psychiatry and neurosciences at the University of California, San Diego, complimented the investigators for “an excellent article on an important but difficult topic.”

Moreover, the studies did not specify the type of dementia, such as Alzheimer’s disease, vascular, Lewy body, frontotemporal, or mixed. Together, “they account for 90% of the dementias, and most patients with these dementias have brain abnormalities that can clearly be seen on MRI,” Jesse said.

However, patients with schizophrenia who are diagnosed with dementia “rarely show severe brain atrophy, even in specific regions commonly observed in nonpsychotic people with these dementias,” Jeste noted.

Thus, objective neuroimaging-based evidence for dementia and its subtype “is lacking in most of the published studies of persons with psychotic disorders diagnosed as having dementia,” he said.

There is a “clear need for comprehensive studies of dementia in people with psychotic disorders to understand the significance of the results,” Jeste concluded.

The review did not receive any funding. Stafford was supported by an NIHR-UCLH BRC Postdoctoral Bridging Fellowship and the National Institute for Health Research Biomedical Research Centre at University College London Hospitals NHS Foundation Trust. Stafford was also the principal investigator in one of the studies meeting the inclusion criteria of the review. The other investigators and Jeste reported no relevant financial relationships.

Batya Swift Yasgur, MA, LSW is a freelance writer with a counseling practice in Teaneck, NJ. She is a regular contributor to numerous medical publications, including Medscape and WebMD, and is the author of several consumer-oriented health books as well as Behind the Burqa: Our Lives in Afghanistan and How We Escaped to Freedom (the memoir of two brave Afghan sisters who told her their story).