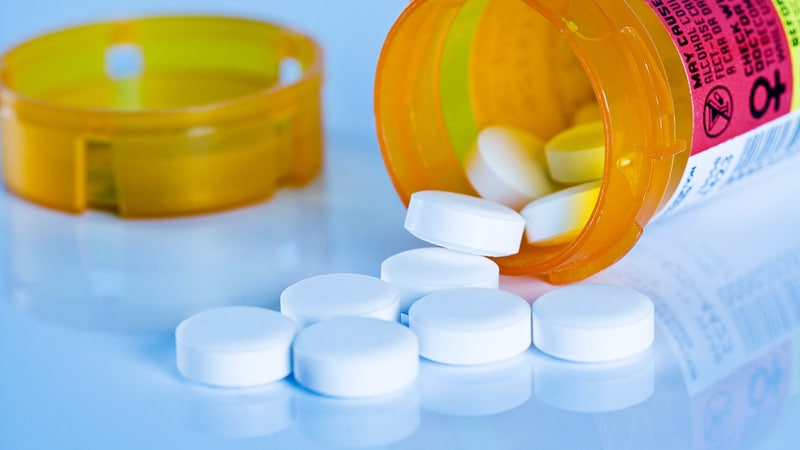 Antibiotic prescribing in pediatric primary care decreased dramatically when the COVID-19 pandemic hit, and new research indicates that drop was sustained through June of 2021.

Lauren Dutcher, MD, with the division of infectious diseases at Hospital of the University of Pennsylvania in Philadelphia, led a study of 27 pediatric primary care practices in the United States. Encounters from Jan. 1, 2018, through June 30, 2021, were included.

Researchers found a 72.7% drop in antibiotic prescriptions when they compared prepandemic April 2019 through December 2019 with the same period in 2020.

Prescriptions remained at the lower levels, primarily driven by reductions in respiratory tract infection (RTI) encounters, and began to rise only in April of 2021, the authors write.

“The reduction in prescriptions at visits for respiratory tract infection (RTI) accounted for 87.3% of this decrease,” the authors write.

Dutcher told this publication the reduction was likely caused by a combination of less viral transmission of respiratory infections, helped in part by masking and distancing, but also avoidance of health care in the pandemic.

She said the data reinforce the need for appropriate prescribing.

“Antibiotic prescribing is really heavily driven by respiratory infections so this should continue to clue providers in on how frequently that can be unnecessary,” she said.

Dutcher said there was probably a reduction in secondary bacterial infections as well as the viral infections.

The research is more comprehensive than some other previous studies, the authors write.

The findings also suggest benefits of preventive measures during the pandemic, the authors say.

“Our data suggest that reducing community viral RTI transmission through social distancing and masking corresponds with a reduction in antibiotic prescribing,” they write.

Kao-Ping Chua, MD, a pediatrician and an assistant professor of pediatrics at the University of Michigan in Ann Arbor, said the reductions indicate one of two things is happening: either children aren’t getting sick as often during the pandemic or they are getting sick, but not coming in.

But if they were sick and not coming in, the expectation would be that they would show up in large numbers in emergency departments from untreated infections, he said.

“We just haven’t seen that,” he said.

He said one of the main points the authors make is that masks, distancing, and hand washing may be keeping kids from diseases beyond COVID-19.

He said longer-term data will be needed to show if the trend highlighted in this paper lasts, given children have now returned to school and pediatricians started to see lots of respiratory syncytial virus (RSV) cases this summer.

Anecdotally, he said, he has been prescribing more antibiotics of late for presentations such as ear infections.

Dutcher said that, though her team doesn’t have data yet since the end of the study period, she agreed that anecdotally it is likely that the prescriptions have been on the rise since June.

Chua said the reduction in visits also reduces the chance that a physician will be tempted to give in to families’ demands to prescribe an antibiotic.

“Every visit for a sick child represents an opportunity to inappropriately prescribe antibiotics,” Chua said. Chua’s own research has found that up to one-quarter of pediatric and adult antibiotic prescriptions are unnecessary.

This work was supported by a Centers for Disease Control and Prevention cooperative agreement, Epicenters for the Prevention of Healthcare Associated Infections. Dutcher and Chua had no relevant financial disclosures.