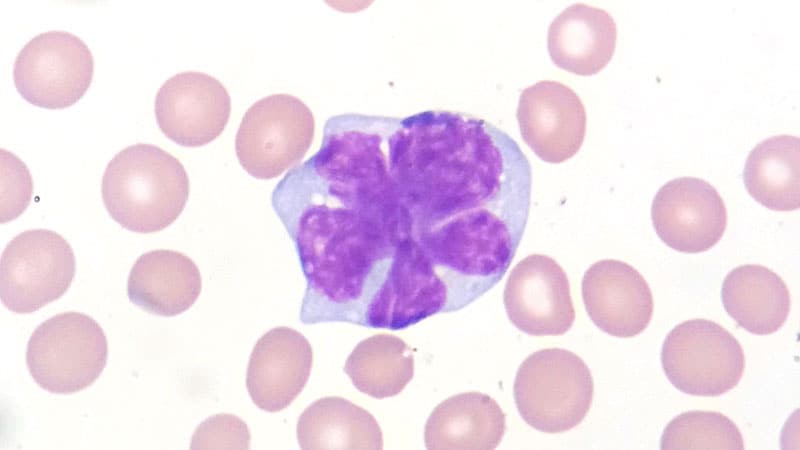 A “plethora of new agents” has transformed the treatment landscape for relapsed/refractory mantle cell lymphoma (R/RMCL) in recent years, according to an updated literature review that also included a proposed new treatment algorithm and identified areas for further investigation.

The review article, published online in Clinical Lymphoma, Myeloma & Leukemia, includes a proposed treatment algorithm based on the latest data.

Modest clinical activity and tolerability observed with novel agents that targeted B-cell receptor signaling led to investigation of combination strategies in preclinical and early clinical settings, in order to assess whether more durable response rates could be achieved than with single-agent therapy, he said.

“[Of] these combinations, ibrutinib plus venetoclax had the highest response rates in the setting of clinical trials, even in high-risk patients,” Al-Mansour noted.

Other promising therapies include chimeric antigen receptor (CAR) T-cell therapies (CAR-T) and BiTEs, which “appear to be powerful agents in the therapeutic arsenals of R/RMCL, especially among heavily pretreated patients,” he said, adding, however, that “further investigations are still warranted to assess the clinical activity of CAR-T or BiTEs therapies in combination with other agents.”

Comparative studies also will be needed to assess the relative advantages of various treatment approaches, he said.

These investigations are important given the generally short duration of remission among patients with MCL, which now accounts for between 2% and 6% of all non-Hodgkin lymphoma cases, an incidence that has risen steadily over the past few decades, Al-Mansour pointed out.

Although many patients achieve an adequate response in the upfront treatment setting, with overall response rates ranging from 60% to 97%, remission is generally short-lived, and the rapid relapses that occur pose a challenge. Additionally, most patients are elderly and have a poor prognosis: Reported progression-free survival in older patients ranges from 2 to 3 years and median overall survival ranges from 28.8 to 52 months, compared with 62 and 139 months, respectively, in young, fit patients, he said.

Furthermore, there is no consensus on the best treatment options in the relapsed/refractory setting, and international guidelines vary widely, he added.

Based on the evidence, Al-Mansour proposed the following “general algorithm” for the management of R/RMCL:

For this reason, and because current treatments consist mainly of targeted agents, which “exert negative effects on patients’ humoral and cell-mediated immunity,” the timing and schedules of treatment regimens should be determined with consideration of COVID-19-related risks, he advised.