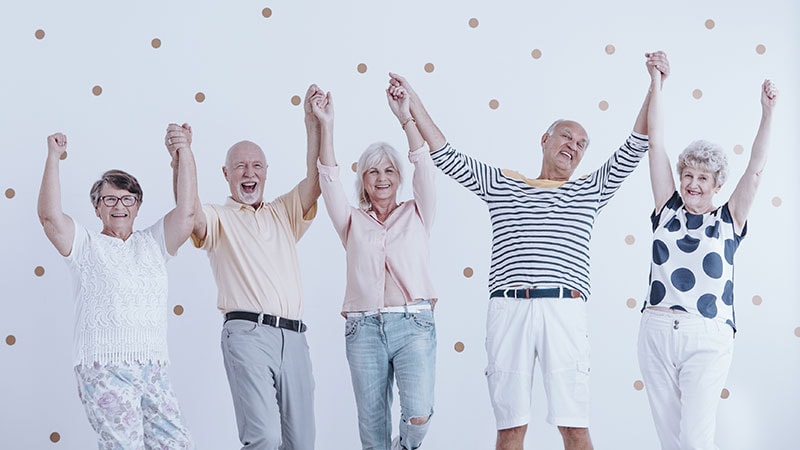 Habits such as getting adequate sleep and exercise and maintaining a healthy weight can help people maintain their ability to handle tasks of daily life well into old age, data indicate.

This research yields important clues regarding steps that may help people avoid disability and loss of function as they age, study author Esme Fuller-Thomson, PhD, director of the Institute for Life Course and Aging at the University of Toronto, told Medscape Medical News.

The study was published in the October issue of the International Journal of Environmental Research and Public Health.

The findings indicate that people can make lifestyle changes for successful aging even later in life, the authors write.

Too often, people may assume that they will experience significant loss of function with age, said Fuller-Thomson. “A lot of people feel that by 80, it’s all downhill.” But many people will live well into older age without major physical or mental impairment, she said. The aim is to identify how to preserve function.

“You have more and more years of healthy life, and then eventually you’ll die of something,” Fuller-Thomson said. “But the hope is that you won’t be disabled, and you won’t be cognitively impaired for many, many years. The idea is that you’ll be dying with your boots on.”

The investigators examined a subset of the participants in the Canadian Longitudinal Study on Aging (CLSA). At baseline, the CLSA Comprehensive Cohort consisted of 30,097 Canadian men and women aged 45 to 85 years. For the current study, researchers analyzed CLSA data gathered from 2011 to 2015 and from 2015 to 2018.

The study’s key question was how immigration status affected success in aging, but the findings have broad applicability, according to the researchers. Previous research has indicated that people who emigrate to Canada are healthier on average than those born in Canada.

Previous models of successful aging excluded people with chronic health conditions. In contrast, the current investigators defined successful aging as freedom from limitations that hamper routine activities of daily living, even in the presence of one or more chronic illnesses. They incorporated the older adults’ subjective perception of their aging process, physical health, and mental health, as well as their self-reported emotional well-being, as defined by happiness and life satisfaction.

The researchers selected participants who appeared initially to be aging successfully and who were at least 60 years of age during the second data-gathering period. The final sample size included 7651 participants, of whom 1446 were immigrants to Canada.

For clinicians, the takeaway message of this study is to help patients make changes in habits that likely will help them age well, even when they are in their advanced years, said Fuller-Thomson. Insomnia, for example, is often overlooked, she added. So, clinicians could think more about helping patients improve their sleep with treatments such as cognitive-behavioral therapy.

Commenting on the findings for Medscape, Sharon Anderson, PhD, a research coordinator at the University of Alberta, said that they show the strengths of the CLSA, which allows researchers to see how people change over time. “Unless we have longitudinal research, we’re not going to be able to understand what things happen,” she said.

Anderson, who was not involved in the study, noted that the investigators recommend further research to see which policies and interventions could support older immigrants and promote a healthy lifestyle and thus enhance older adults’ chances for successful aging.

Anderson, who studies caregiving, pointed out that many immigrants have worked in low-paying jobs in healthcare that lack pension plans. They often lack the financial resources that aid successful aging.

One open question is which personal interventions increase a patient’s chances for successful aging, said Anderson. Another is which public policies can address the problems that people with lower incomes face.

The study was conducted without external funding. Fuller-Thomson and Anderson have disclosed no relevant financial relationships.

Kerry Dooley Young is a freelance journalist based in Miami Beach.