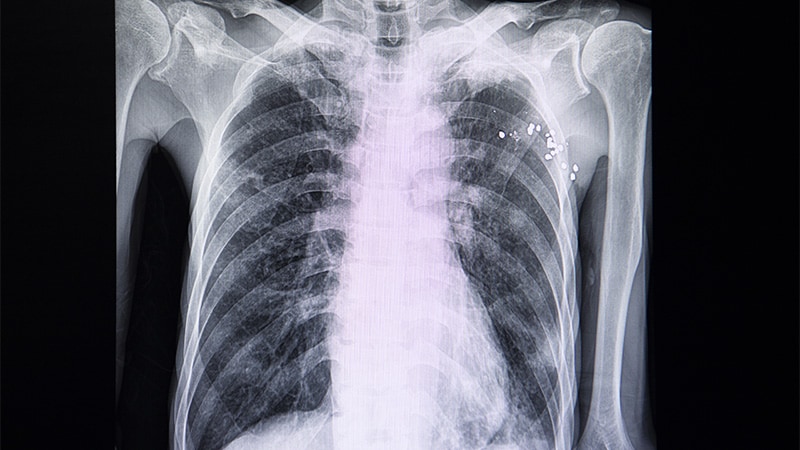 An overreliance on spirometry to identify emphysema led to missed cases in Black individuals, particularly men, based on a secondary data analysis of 2,674 people.

“Over the last few years, there has been growing debate around the use of race adjustment in diagnostic algorithms and equations commonly used in medicine,” lead author Gabrielle Yi-Hui Liu, MD, said in an interview. “Whereas, previously it was common to accept racial or ethnic differences in clinical measures and outcomes as inherent differences among populations, there is now more recognition of how racism, socioeconomic status, and environmental exposures can cause these racial differences. Our initial interest in this study was to examine how the use of race-specific spirometry reference equations, and the use of spirometry in general, may be contributing to racial disparities.”

“Previous studies have suggested that the use of race-specific equations in spirometry can exacerbate racial inequities in healthcare outcomes by under-recognition of early disease in Black adults, and this study adds to that evidence,” said Suman Pal, MBBS, of the University of New Mexico, Albuquerque, in an interview.
“By examining the crucial ways in which systemic factors in medicine, such as race-specific equations, exacerbate racial inequities in healthcare, this study is a timely analysis in a moment of national reckoning of structural racism,” said Pal, who was not involved in the study.

In a study published in Annals of Internal Medicine, Liu and colleagues at Northwestern University, Chicago, conducted a secondary analysis of data from the CARDIA Lung study (Coronary Artery Risk Development In Young Adults).

The primary outcome of the study was the prevalence of emphysema among participants with various measures of normal spirometry results, stratified by sex and race. The normal results included an forced expiratory volume in 1 second (FEV1)–forced vital capacity (FVC) ratio greater than or equal to 0.7 or greater than or equal to the lower limit of normal. The participants also were stratified by FEV1 percent predicted, using race-specific reference equations, for FEV1 between 80% and 99% of predicted, or an FEV1 between 100% and 120% of predicted.

The association between Black race and emphysema risk persisted but decreased when the researchers used a race-neutral estimate.

When the participants were stratified by race-specific FEV1 percent predicted, 6.5% of individuals with a race-specific FEV1 between 80% and 99% had emphysema. After controlling for factors including age and smoking, emphysema was significantly more prevalent in Black men versus White men (15.5% vs. 4.0%) and in Black women, compared with White women (6.6% vs. 3.4%).

The use of race-neutral equations reduced, but did not eliminate, these disparities, the researchers said.

The findings were limited by the lack of CT imaging data from the same visit as the final spirometry collection, the researchers noted. “Given that imaging was obtained 5 years before spirometry and emphysema is an irreversible finding, this may have led to an overall underestimation of the prevalence of emphysema.”

“We were surprised by the substantial rates of emphysema we saw among Black men in our cohort with normal spirometry,” Liu said in an interview. “We did not expect to find than more than one in eight Black men with an FEV1 between 100% and 120% predicted would have emphysema – a rate more than six times higher than White men with the same range of FEV1.”

“One takeaway is that we are likely missing a lot of people with impaired respiratory health or true lung disease by only using spirometry to diagnose COPD,” said Liu. In clinical practice, “physicians should consider ordering CT scans on patients with normal spirometry who have respiratory symptoms such as cough or shortness of breath. If emphysema is found, physicians should discuss mitigating any potential risk factors and consider the use of COPD medications such as inhalers.

“Our findings also support using race-neutral reference equations to interpret spirometry instead of race-specific equations. Racial disparities in rates of emphysema among those with ‘normal’ FEV1 [between 80% and 120% predicted], were attenuated or eliminated when race-neutral equations were used to calculate FEV1. This suggests that race-specific equations are normalizing worse lung health in Black adults,” Liu explained.

“We need to continue research into additional tools that can be used to assess respiratory health and diagnose COPD, while keeping in mind how these tools may affect racial disparities,” said Liu. “Our study suggests that our reliance on spirometry measures such as FEV1/FVC ratio and FEV1 is missing a number of people with respiratory symptoms and CT evidence of lung disease, and that this is disproportionately affecting Black adults in the United States.” Looking ahead, “it is important to find better tools to identify people with impaired respiratory health or early manifestations of disease so we can intercept chronic lung disease before it becomes clinically apparent and patients have sustained significant lung damage.”

The CARDIA study was supported by the National Heart, Lung, and Blood Institute in collaboration with the University of Alabama at Birmingham, Northwestern University, the University of Minnesota, and the Kaiser Foundation Research Institute. Liu was supported by a grant from the National Institutes of Health. The researchers had no financial conflicts to disclose. Pal had no financial conflicts to disclose.