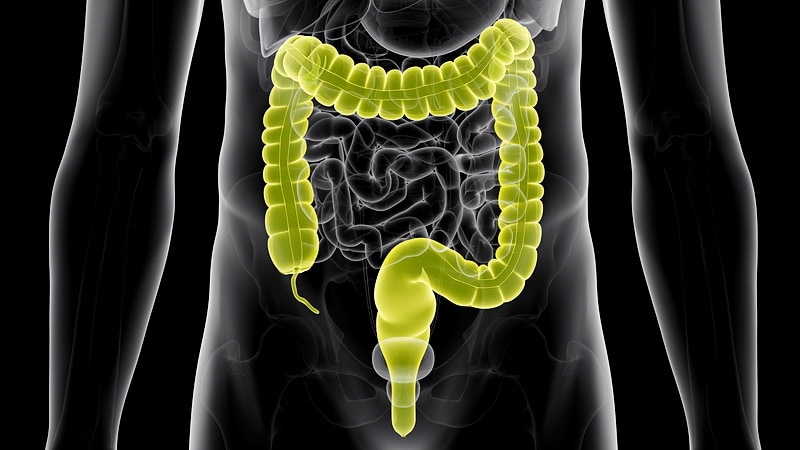 A real-world analysis of tofacitinib, presented at the annual Advances in Inflammatory Bowel Disease conference, confirms that long-term use of the selective immunosuppressant agent tofacitinib is associated with high rates of steroid-free remission in patients with ulcerative colitis (UC). These findings, along with clinical practice observations made during another session at the conference, further validate the efficacy of tofacitinib beyond that currently reported in specific clinical trial populations.

Tofacitinib is a small-molecule Janus kinase inhibitor that interferes with the intracellular JAK/signal transducer and activators of the transcription pathway. Compared with other biologic agents, tofacitinib simultaneously acts on several cytokines and exerts broader effects on gastrointestinal inflammation.

Tofacitinib’s approval for moderate to severe UC was based on data from the OCTAVE clinical trial program. Although the phase 3 OCTAVE trial showed the JAK inhibitor features dose-dependent efficacy in inducing and maintaining remission in UC, stringent inclusion and exclusion criteria limit the generalizability of the trial’s findings across the broader, real-world UC population.

Findings from the recent analysis on tofacitinib were presented at AIBD 2021 by Knyazev Oleg, MD, who is the head of the department of inflammatory bowel diseases at A.S. Loginov Moscow Clinical Scientific and Practical Center.

At the time of tofacitinib initiation, all patients received GCS, with a mean therapeutic dose of 40 mg. In all 49 patients who responded to therapy, corticosteroids were discontinued after induction.

Only 15.5% (n = 9) of the study cohort did not respond to the JAK inhibitor during the follow-up period. A total of 14 patients (24.1%) who previously received anti-TNF therapies required a prolonged induction course of 20 mg tofacitinib. More than one out of five patients (22.4%) required repeated corticosteroids to manage exacerbations or dwindled tofacitinib response.

During another session, which discussed prescription treatment for moderate to severe UC, Bincy Abraham, MD, a professor of clinical medicine at Houston Methodist Academic Institute, summarized currently available clinical trial data on tofacitinib and discussed her own observations in her practice regarding the efficacy of the JAK inhibitor in the UC population.

The current data show the oral JAK inhibitor allows patients to reach remission as early as 8 weeks, with corresponding reductions observed in rectal bleeding and stool frequency as early as 2 weeks after therapy initiation. While the efficacy findings are corroborated by her own clinical practice, Abraham largely discussed the safety implications of the treatment.

Abraham emphasized the need for risk-mitigation strategies before initiating tofacitinib in appropriately selected patients with UC. In particular, Abraham explained that clinicians should be alerted to the possibility of tuberculosis as an opportunistic infection in tofacitinib-treated patients. “Before starting, I always liked to make sure that patients are getting checked for tuberculosis,” she said, adding that she performs annual monitoring for patients treated with the agent.

When considering tofacitinib, Abraham added that clinicians should ultimately consider discussing the risks of therapy versus the benefits in eligible patients.

During the question-and-answer portion of her session, Abraham noted that she has observed mixed findings in regard to tofacitinib’s effects on lipid levels. Specifically, only a small number of patients with UC in her practice have had to initiate cholesterol therapy while taking tofacitinib, but these patients typically have high-risk factors for hyperlipidemia, including family history and elevated body mass index.

On a question regarding the risk of shingles, Abraham noted that, if a patient does indeed develop the condition while taking tofacitinib, the therapy should be halted until shingles is resolved. In her practice, Abraham explained shingles vaccination is a priority before starting tofacitinib, suggesting this strategy has thus far prevented her tofacitinib-treated patients from developing the condition.

In patients with flares, Abraham noted that “we don’t have any specific clinical trial data specifically looking at” how to manage tofacitinib doses to further manage difficult-to-treat disease. She stated that, in her practice, she increases the dose of tofacitinib in patients who experience flares, as this often improves response. Subsequent dose reductions should be based on an individualized basis, with many patients requiring higher doses at varying periods.

Oleg has no relevant financial disclosures. Abraham reported conflicts of interest with Pfizer, which sponsored her discussion.