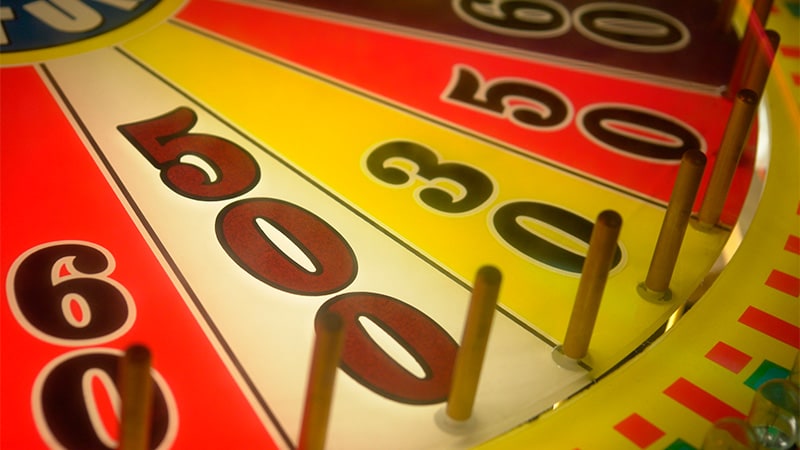 Pat Sajak knows something brain researchers have spent decades confirming: Anyone can choke under pressure.

You blank on a movie title. You freeze at a pop question. You forget — momentarily — the name of someone you’ve known for 30 years.

If you’re lucky, it’s in front of a close friend or small group.

At least you don’t do it in front of eight million people, as happened this year on the TV game show, Wheel of Fortune. A seemingly simple puzzle stumped two players, who of course faced ridicule online.

“These are good people in a bad situation under a kind of stress that you can’t begin to appreciate from the comfort of your couch,” Sajak tweeted in their defense.

But you won’t find brain researchers trolling the poor players. They understand.

Stress messes with your body and head — your golf swing and your fifth and sixth Wordle guesses. Physical and mental tasks you normally perform with ease become challenging under pressure, which comes from people watching, big rewards (or losses) at stake, fear of judgment, or even your own memories.

“We worry about the consequences, what others will think of us, what we might lose,” says Sion Beilock, PhD, the president of Barnard College of Columbia University and a cognitive scientist. “And that worry actually derails our ability to focus.”

Beilock and brain researchers worldwide give test subjects tasks in the lab — math problems, word games, golf putting — and compare brain activity when the same tasks are performed under stress (with monetary rewards, say, or a time limit, or even physical discomfort).

To oversimplify, your prefrontal cortex gets cluttered. That’s the part of your brain that holds working memory, the information you need for the task at hand.

“Working memory is our cognitive horsepower,” says Beilock, who wrote the book Choke: What the Secrets of the Brain Reveal About Getting It Right When You Have To. “It’s our ability to focus on what we want and get rid of what we don’t.”

Under stress, working memory is disrupted by outside stuff — like an audience, time pressure, potential embarrassment. All that clutter interferes with the prefrontal cortex’s communication with the brain.

“We actually disrupt the connections in our brain, our ability to string information together and pull out important pieces,” Beilock says. “And we perform worse.”

One of her early studies showed that students with large working-memory capacity predictably outperformed low-capacity students in tests — until the stakes were raised with monetary rewards. Then both groups scored the same. The “smart” ones choked.

It happens to presidential candidates, too. In 2016, Gary Anderson heard “Aleppo,” as in the city in Syria, but thought it was an acronym. Rick Perry blanked on the third of three federal agencies he had vowed, again and again in 2011, to eliminate. “Oops,” he said.

Your Brain Under Stress

Brain researchers use the term “allocation of resources,” meaning how the brain divvies up work.

“That allocation can be lost if you’re under stress,” says Seth D. Norrholm, PhD, a professor of psychiatry at Wayne State University School of Medicine.

“Humans really only have one way of dealing with stress, and that’s our ‘fight, flight, or freeze’ reflex,” says Norrholm. If a snake appears on a hiking trail, you might freeze — “your body has gone into survival mode,” he says. “The higher-order cognitive functions get shut down or bypassed.” Don’t think — just stay alive!

Of course, there were no snakes on Wheel.

“Your body doesn’t discriminate between a game show vs a predator,” Norrholm explains. “It’s just going to kick in the responses inborn within us.” Your heart races, you start to sweat.

Your life’s not at stake, but something is. “It’s more a threat to your ego, to your sense of self. But biologically, you’re responding the same way.”

Your response might include verbal tap dancing or nonverbal noises. Or the classic freeze-up. “Everybody pretty much freezes when they’re publicly called out or criticized or attention is drawn to them when they weren’t expecting it,” Norrholm says. “That deer in the headlights look is a freeze response.”

What’s Really Going On in That Brain of Yours

Vikram Chib, PhD, a professor of biomedical engineering at Johns Hopkins, studies how the brain processes incentives that motivate behavior. Incentives, he explains, are processed in reward areas in the brain, such as the prefrontal cortex and the dopaminergic midbrain.

When incentives are high, Chib says, the brain’s signals that help you perform “seem to be corrupted or degraded.”

If money’s on the line, you may think, “I don’t want to lose that,” and that fear of loss makes you choke, says Chib. “There is brain imaging to suggest that you’re processing these incentives as losses, and that’s affecting your performance.”

It gets trickier, this intracranial sabotage. “It’s not just that your performance or your memory recall is impaired,” Norrholm says, but your perception can be too.

So you might hear things oddly — you’re thinking about the government, so you hear “Aleppo” as a government agency. Maybe you don’t see the Wheel board with clear eyes, especially if that cortex above your eyes is cluttered with thoughts of a big payoff, losing, embarrassment, a ticking clock, a spinning wheel, a clapping Vanna, bright lights, the studio audience, a tingle of sweat.

In that Wheel game, a player guessed, “feather in your hat,” but the judges wanted “cap.” Sajak saw what was happening: The players were “stunned when I said it was wrong.”

“Now imagine you’re on national TV,” Sajak continued, “and you’re suddenly thrown a curve and you begin getting worried about looking stupid, and if the feather isn’t in your hat, where the heck can it be? You start flailing away looking for alternatives rather than synonyms for ‘hat.’ “

Norrholm says “that kind of confusion in the moment can be a result of just having to conceptualize and think about things while you’re under a state of duress.”

Taraz Lee, PhD, a professor of psychology at the University of Michigan, likens our powers of attention to a spotlight. “When people get under pressure, that spotlight narrows,” he says. “Instead of seeing the big picture and trying a lot of different things, you really get stuck in a rut.”

Sadly, there are few in-the-moment remedies for a freeze-up. But you can do things ahead of time to make them less likely and severe.

Write about your worries. This helps “off-load” your anxiety. Beilock says research shows this can help you push worries away so that they don’t interfere in crunch time.

Talk yourself up. Athletes use motivational “self-talk,” and it can work for your Zoom presentation or any stressful event. Saying or writing positive things about yourself is shown to promote self-worth and boost confidence, Beilock says.

Take a deep breath. This engages the parasympathetic nervous system, “which counteracts the fight or flight or freeze response,” Norrholm says. The pause lets you “reorient cognitively” and summon that brilliant bon mot on the tip of your tongue.

Reframe the task. If you’re prone to fretting over a potential loss — of a game, a contract, whatever — think about that loss beforehand. Then that burden won’t loom over you as you perform your task. It’s another kind of off-loading: “I’m going to worry about it now and not worry about it later,” says Chib.

Hit pause. Walking away (maybe not from the Wheel of Fortune set) can dissipate anxiety and, upon returning, help you see a problem with fresh eyes and a clear mind, Lee says.

Practice under pressure. The more you can practice your nervous-making event under similar circumstances, the better, all the experts say. For your speech, gather the family and pets and use the same laptop and props you’ll be using at go-time. “You may still have that initial pang of nerves, but very quickly, your past experience takes over,” Norrholm says.

Know your body. By anticipating perspiring or having a pounding pulse, it can have less impact, Beilock says. Try to reinterpret those feelings — remind yourself that this happens in happy times, too, or that they’re positive signs that you’re pumped up to succeed.

Bill Stieg is a Pennsylvania-based reporter and editor with four decades of experience in newspapers and magazines. He’s written and edited countless articles for Men’s Health, where he worked as an editor for 18 years.