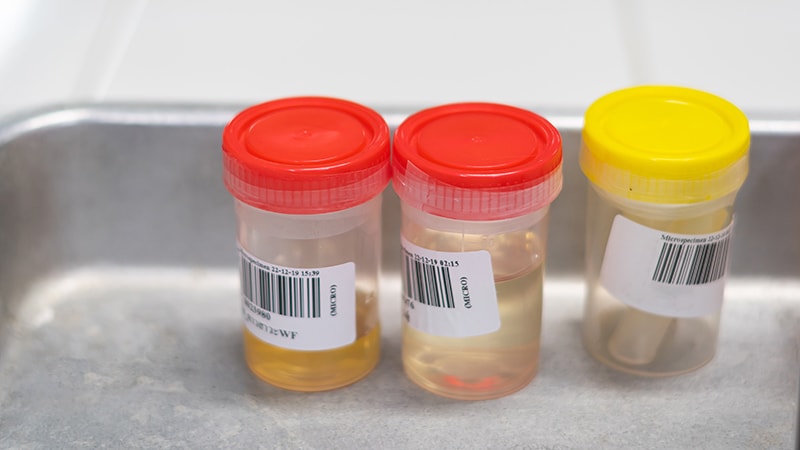 Rosuvastatin for cholesterol lowering was associated with slightly greater risks for kidney harm than atorvastatin, risks that were greater at higher-dose levels, in a large retrospective cohort study.

The most potent statin on the market, rosuvastatin has been linked with excess risk for kidney damage compared with atorvastatin in case reports and small trials, but there has been little surveillance of the issue following its approval in 2003.

The current analysis “is one of the first and largest real-world studies” examining rosuvastatin versus atorvastatin for risk for hematuria, proteinuria, and kidney failure with replacement therapy — dialysis or transplantation — across a range of estimated glomerular filtration rates (eGFR) in a heterogeneous population, the researchers write.

“Our findings suggest the need for greater care in prescribing and monitoring of rosuvastatin, particularly in patients who are receiving high doses” or have severe chronic kidney disease (CKD), they conclude in their report published online July 19 in the Journal of the American Society of Nephrology.

The analysis included close to one million patients in the United States who were newly prescribed rosuvastatin or atorvastatin from 2011 through 2019; they were followed a median of 3.1 years. Among the findings:

From this study, “we do not know why the adherence of FDA dosing recommendation for rosuvastatin in patients with severe CKD is low,” lead author Jung-Im Shin, MD, PhD, told Medscape Medical News in an email.

“It is likely that not many clinicians are aware of rosuvastatin’s dosing recommendations [in severe CKD], or potential risks of hematuria or proteinuria,” speculated Shin, assistant professor at Johns Hopkins Bloomberg School of Public Health, Baltimore, Maryland.

“High-dose rosuvastatin [and its cardiovascular benefits] may not merit the risk, even if small, particularly in low eGFR,” she said. “Our study provides the opportunity to increase awareness of this clinical issue.”

“Future studies are warranted to shed light on the discrepancy between real-world practice and FDA dosing recommendations for high-dose rosuvastatin,” the researchers note.

“Greater Awareness and Education Are Key”

Invited to comment, Swapnil Hiremath, MD, a nephrologist at the Ottawa Hospital Research Institute, Ontario, Canada, noted that the higher risk for nephrotoxicity with high-dose rosuvastatin versus high-dose atorvastatin was shown in the PLANET 1 trial published in 2015 and in, for example, a case report published in 2016 — which the researchers also mention.

“I was personally surprised” at the high proportion of patients with severe CKD who received higher than recommended doses of rosuvastatin, said Hiremath, who is also an associate professor at the University of Ottawa and a Freely Filtered podcaster, and not associated with the current study.

“We do see this occasionally,” he continued, “but either because someone is targeting LDL and hasn’t noted the GFR, or possibly the patient was started on a high dose a long time ago and the kidney function has declined, and no one has noted the high dose.”

“Greater awareness and education are key,” observed Hiremath. “My personal bias is to have renal pharmacists involved in multidisciplinary clinics when GFR [is] < 30 or so,” he said. “There are so many other tricky medicine/interaction issues” in patients with kidney disease.

Nevertheless, “I would be careful in drawing too many conclusions from an observational study,” Hiremath added. “There’s always the threat of residual confounding and selection bias,” which the researchers acknowledge, “and especially competing risks.”

For example, “if there is less cardiovascular death with rosuvastatin, then more people will remain alive to develop kidney failure.”

Atorvastatin at 40-mg and 80-mg dosages and rosuvastatin at 20 mg and 40 mg are the only two statins considered high-intensity, the researchers note.

Development of an 80-mg dosage for rosuvastatin was dropped because of hematuria and proteinuria safety signals highlighted at the time of rosuvastatin’s FDA approval.

However, there has been little postmarketing surveillance to assess real-world risk from high-intensity rosuvastatin, and it remains unclear whether and to what extent clinical practice adheres to the starting dosage recommended by the FDA in severe CKD, 5 mg/day with a maximum of 10 mg/day, the report notes.

The researchers analyzed deidentified electronic health record data from 40 healthcare organizations in the United States from the OptumLabs Data Warehouse database. They entered 152,101 new rosuvastatin users and 795,799 new atorvastatin users, and excluded patients with a history of rhabdomyolysis.

Patients in the two groups were similar with respect to CKD prevalence, cardiovascular risk factors, and demographics. Their age averaged 60 years, 48% were women, and 82% were White.

Patients with eGFR< 30 mL/min/1.73 m2 were commonly prescribed high-dose rosuvastatin (29.9% received the 20-mg dose and 14% the 40-mg dose), contrary to the labeling recommendation.

Shin reports receiving research Funding from the National Institutes of Health and Merck; disclosures for the other authors are in the report. Hiremath declares having no relevant financial relationships.