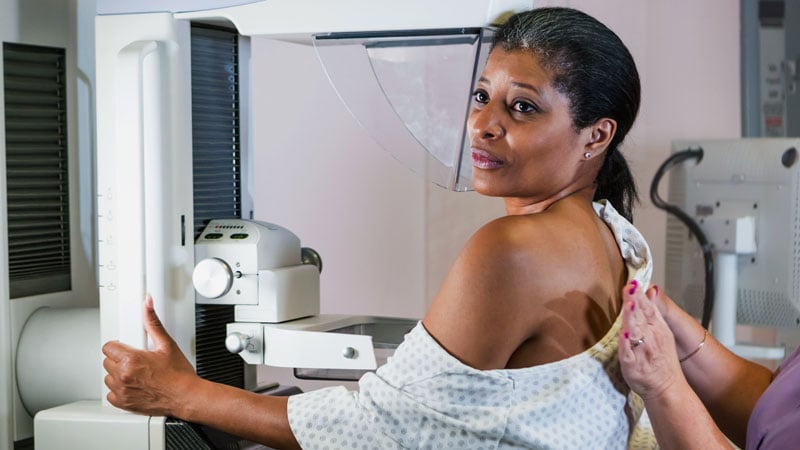 Currently, guidelines recommend screening for only four types of cancer, and adherence to the guidelines is often low. Nnevertheless, screening tests lead to diagnoses of about 14% of all cancers in the United States, a new study suggests.

Screening is currently recommended for breast, cervical, colorectal, and lung cancers by the US Preventive Services Task Force. These four account for about 29% of all cancers and about 25% of cancer-related deaths in the US.

There is also a screening test for prostate cancer, but such screening is controversial, and it is currently not recommended for routine use.

There are no screening tests for other cancers, which tend to be diagnosed after a person has developed symptoms, the study authors point out. Diagnoses are often made once the cancer has reached an advanced stage, making it more difficult to treat. These diagnoses account for 70% of cancer-related deaths.

The study was conducted at the National Opinion Research Center (NORC) at the University of Chicago and is available online.

“The health system’s ability to screen for cancer, which is essential for early diagnosis and effective treatment, still has a long way to go,” said Caroline Pearson, BA, senior vice president at NORC at the University of Chicago, in a statement. “There need to be more screening options to catch more cancers and improve outcomes for patients.”

Variation Across Cancer Types and Demographics

This is the first time that the proportion of cancers detected annually through screening tests has been calculated, the NORC researchers point out. They developed a method to estimate the percentage of cancers detected by screening (PCDS) using annual incidence data from the National Cancer Institute; self-reported screening data from the National Health Information Survey; estimates of screening test efficacy, which were drawn from published literature; and state cancer statistics using the Behavioral Risk Factor Surveillance System.

The NORC team estimated the overall PCDS in the United States in 2017. They focused primarily on the four cancer types for which specific cancer screening programs are available. They also included the PCDS for prostate cancer.

The PCDS varied widely across cancer types. The highest rates were observed for prostate cancer, and the lowest for lung cancer. It is estiamted that more than three quarters of prostate cancer cases (77%) were diagnosed by the PSA screening test, given the high rates of the disease and reported overdiagnosis. About 61% of breast cancers were detected through mammography. The incidence of cervical cancer is low, and over half of cases (52%) are found with a PAP smear. Rates were lower for colorectal cancer, for which 45% of diagnosed cases were detected by some type of screening. Only 3% of lung cancers were found through screening.

The PCDS also varied by race and ethnicity for each cancer type, owing to differences in incidence and screening rates. For example, among Hispanic women, PCDS was highest for breast cancer, owing to the relatively low incidence rates, while among Black individuals, PCDS was highest for colorectal cancer, owing to the relatively higher screening and incidence rates compared with other groups. Overall, minority populations, especially those of Asian and Pacific Islander descent, have been consistently underrepresented in cancer data in the US. This exclusion, explain the authors, limits their ability to calculate state-specific PCDS for these groups.

“The earlier you detect it, the less likely to find it at advanced stage, and the possibility of cure is much better,” she said.

She also said that while screening tools have been studied at population levels and have been found effective, there is need for individualization. “The benefits of mammography have been shown, for example, but some women may need additional screening if they have high breast density,” she said. “To determine the optimal screening tool, you have to look at the patient and their personal history ― we can’t make a blanket statement that everyone should get this or that. It’s impractical to say, for instance, that an MRI is the best test, so everyone should get it.”

In addition, false positive results can lead to unnecessary testing and stress, she pointed out. “Everyone should get a mammogram, but additional screening should be based on personal risk.”

The same applies to other screening tests. The standard timing for a colonoscopy is every 10 years, but even that is personalized. “Based your history and risk, a doctor may say to come back in 3 to 5 years,” she said. “The same with a pap smear, and the PSA can be helpful in men who had had prostate cancer.”

Chan also commented on the data showing that screening adherence rates differed in different states. Lack of access to care or insurance could be playing a role in states where screening rates are very low, she suggested.