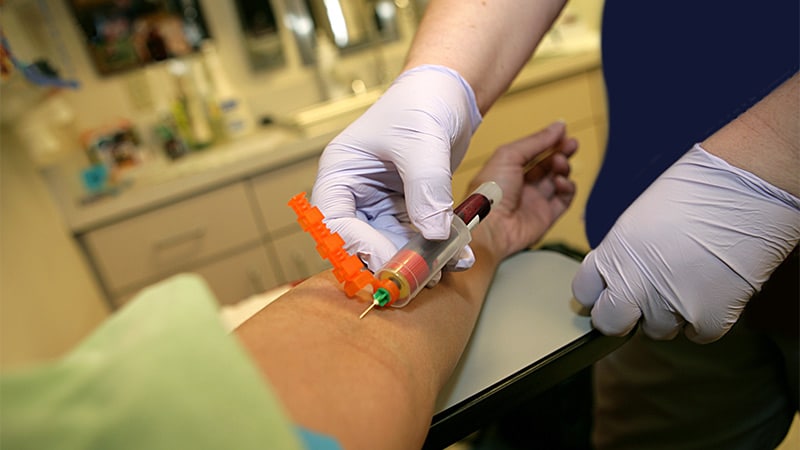 A novel liquid biopsy test, which uses two circulating proteins, appears to be effective for diagnosing two major liver conditions, according to a new study published in Gut.

The test could allow clinicians to determine the staging of both liver fibrosis and nonalcoholic steatohepatitis, wrote the researchers led by Giulia Angelini, PhD, a postdoctoral fellow focused on nonalcoholic fatty liver disease pathophysiology at the Catholic University of the Sacred Heart in Rome.

“The diagnosis of nonalcoholic steatohepatitis (NASH) currently relies on invasive liver biopsy,” they wrote. “There is, therefore, an urgent need to find noninvasive biomarkers for NASH diagnosis, disease progression, and intervention response monitoring.”

The research team sought to identify a biomarker and algorithm able to predict the presence and severity of nonalcoholic steatohepatitis (NASH) or liver fibrosis. The study evaluated two proteins found in circulating monocytes, which are a type of white blood cell: PLIN2 as a predictor of histological NASH and RAB14 levels as a predictor of liver fibrosis.

The multicenter study included 250 patients, with 100 subjects in the discovery cohort from the Bariatric Surgery Versus Nonalcoholic Steatohepatitis trial, or BRAVES, and 150 subjects in the validation cohort from the Liquid Biopsy for NASH and Liver Fibrosis trial, or LIBRA. The patients had histologically proven nonalcoholic fatty liver disease or NASH with or without fibrosis.

When RAB14 was used as the only variable in the model, the accuracy, sensitivity, and specificity in the discovery cohort were 86.4%, 96%, and 45.8%, respectively. In the validation cohort, they were 92.4%, 96.9%, and 34.5%, respectively. In both cohorts, half of the subjects without fibrosis were erroneously predicted as having fibrosis, but the diagnosis of fibrosis was correctly predicted in nearly all subjects.

A limitation of the study is that only White subjects were enrolled, which limits the generalizability to other racial/ethnic groups, the investigators wrote, although they don’t expect differences would be seen in other groups.

“PLIN2 and RAB14 may permit diagnosis of NASH and/or liver fibrosis with a simple blood test,” they wrote. “Our biomarkers can be used in community and population studies permitting to investigate the real prevalence of NASH and liver fibrosis. Moreover, since it requires only blood sampling, they are potentially valuable tools for population-based and prevention studies in children.”

“Obesity is a silent pandemic with an expected prevalence rate that will exceed 50% globally by 2030, of which 25% of the adults have fatty liver and approximately 6.5% with NASH, a progressive form of fatty liver,” said Kalyan Ram Bhamidimarri, MD, chief of hepatology and associate professor of clinical medicine at the University of Miami, who was not involved in the research. “Liver biopsy is the current clinical standard to diagnose NASH, but relying on an invasive procedure like liver biopsy that is fraught with several risks in a consistently growing volume of individuals with obesity is unsustainable.

“So, there is an unmet need to diagnose NASH without invasive procedures such as liver biopsy,” he said. He pointed out that many of the alternatives to liver biopsy, such as liver stiffness measurements and scoring systems, pose their own difficulties.

On the other hand, he noted that “blood-based tests that correlate well with liver biopsy, the so-called wet biomarkers or liquid liver biopsy, are easier to perform, accessed widely, and could be tested frequently to assess efficacy of therapies.”

The study was funded by Elucidating Pathways of Steatohepatitis (EPOS Horizon 2020), Stratification of Obese Phenotypes to Optimize Future Obesity Therapy (SOPHIA IMI), Metadeq Inc., and support from the Transcampus Initiative. The study authors declared various competing interests, including some who serve as an advisor or stock option holder for Metadeq Limited. Bhamidimarri reported no relevant conflicts of interest.