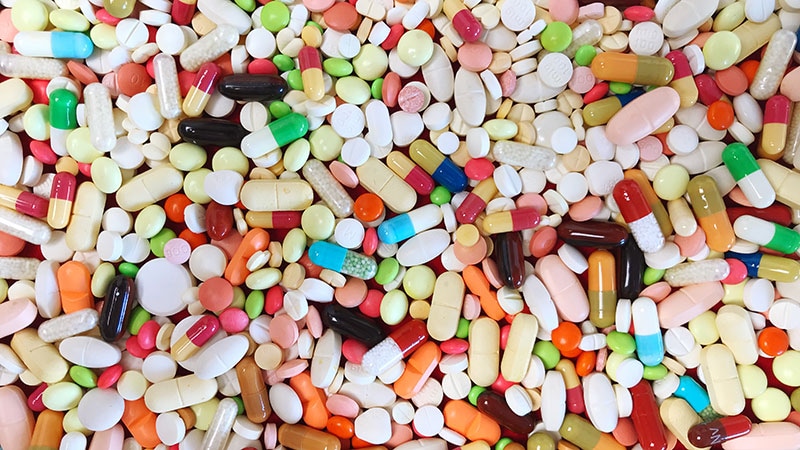 The cost of new cancer drugs continues to rise, with no end in sight, and there is currently no legislation to control this, concludes a new report: “Skyrocketing: How Big Pharma Exploits Launch Prices to Cash in on Cancer.”

The authors analyzed cancer drug prices from 2017 to 2021 and found that the average launch price (adjusted for inflation) for oral therapeutics jumped by more than 25% to over $235,000 per year.

When other types of cancer drugs, such as those administered by intravenous infusion, where included in the analysis, the average launch price increased by 53% to $283,000 per year.

The investigators also point out that the median launch price for 13 new cancer drugs introduced this year was $257,000, which is more than three times the median household income for a California family.

The report was released by Congresswoman Katie Porter (D-Calif). Formerly a consumer protection advocate and law professor at the University of California, Irvine, she has been addressing the issue of drug prices since her election in 2018.

“Our report is clear: the prices Big Pharma sets for new cures show that these companies think of cancer more like a business opportunity than a life-threatening disease,” Porter said in a statement.

“We must double down on fighting corporate abuse in drug pricing,” she said.

Porter’s report points out that some steps have already been taken to control out-of-pocket expenses for consumers.

As part of the Inflation Reduction Act (IRA), which was passed into law earlier this year, out-of-pocket costs for drugs will be capped at $2000 a year for Medicare recipients, and insulin will cost no more than $35 per month.

Importantly, beginning in 2026, the bill will allow Medicare to negotiate drug prices on a limited basis. Medicare will be able to negotiate pricing for 10 Part D drugs. The list will expand to 20 drugs per year from Parts B and D by 2029. These drugs must be among the drugs that are costliest to the Medicare program, which will undoubtedly include cancer medications.

While this is a big victory for patients and taxpayers, Porter cautions that more reform is needed.

The IRA represents “a transformative change to drug pricing policy that will protect millions of Americans,” the report states. “But to maximize the benefits of the IRA, lawmakers must tackle the next frontier of drug pricing: exorbitant launch prices for new drugs, which price breakthrough cures out of reach.”

So, what can be done about the “skyrocketing” launch prices for new cancer drugs?

“As the report notes, launch prices are not addressed in the Inflation Reduction Act,” commented Stacie B. Dusetzina, PhD, professor of health policy at Vanderbilt University School of Medicine, Nashville, Tennessee. “I agree that there is a risk that launch prices for cancer drugs will continue to rise, and it is possible that they may rise faster than we have seen in the past because of these limits on price increases and the potential for negotiation later on in the product’s life cycle.”

There isn’t anything that the Medicare program can do about this right now or under the new law, since coverage of cancer drugs is mandatory under the program, and the new law only targets older drugs, she pointed out.

“It is important to note that the reason the Inflation Reduction Act focuses on older drugs is to limit the potential negative impact of drug price negotiation on innovation,” said Dusetzina. “That said, if companies dramatically raise prices of new drugs, then policymakers will need to decide whether negotiations should apply more broadly and to new drugs in addition to older drugs.”

Also approached for comment, S. Vincent Rajkumar, MD, a professor of hematology at the Mayo Clinic, Rochester, Minnesota, who is a long-time advocate for controlling the price of cancer drugs, believes that prices have to be negotiated at launch.

“The Inflation Reduction Act is a big first step. It caps price increases, caps copay, and allows Medicare to negotiate drugs for a few drugs,” he said. “But much more is needed. Medicare should be able to negotiate at the time a new drug is first launched, as they do in other developed countries — otherwise, prices of new drugs will be front-loaded with a higher price to compensate.”

During this same period, the average list price for new medications rose by more than 20% per year, which was more than 10 times the average rate of inflation.

The authors urge Congress to consider several new measures, including the following:

Going Head to Head With Pharma

The high cost of drugs in the United States has long been a battleground between pharma and multiple players. Launch prices of new cancer drugs are substantially higher in the United States than they are in high-income countries in Europe. The costs continue to escalate with each new product that comes on the market, and data suggest that these high costs cannot be justified with respect to clinical benefit.

Porter has a long history of confronting the pharmaceutical industry head-on and not mincing her words. Last year, for example, during the House Oversight and Reform Committee hearing, she grilled AbbVie CEO Richard Gonzalez to confirm that the company spends far less on research and development in comparison to what it spends on stocks and dividends to increase the earnings of shareholders. Armed with exact numbers and figures, she “corrected” his attempts to lowball the amount of money spent on things such as executive bonuses and stock buybacks. The interaction went viral on social media, with Porter tweeting that “Big Pharma says they need to charge astronomical prices to pay for research and development. Yet, the amount they spend on manipulating the market to enrich shareholders completely eclipses what’s spent on R&D. Today, I confronted a CEO about the industry’s lies, with visuals.”

In September 2020, Porter’s attack on another pharma executive again went viral. During a hearing at which CEOs of major pharmaceutical companies were confronted about massive price hikes, Porter grilled former Celgene CEO Mark Alles over the enormous price hike for lenalidomide, which is used to treat multiple myeloma. Since that hearing, the company has increased its price for lenalidomide by 4.5% in each of the past 2 years.