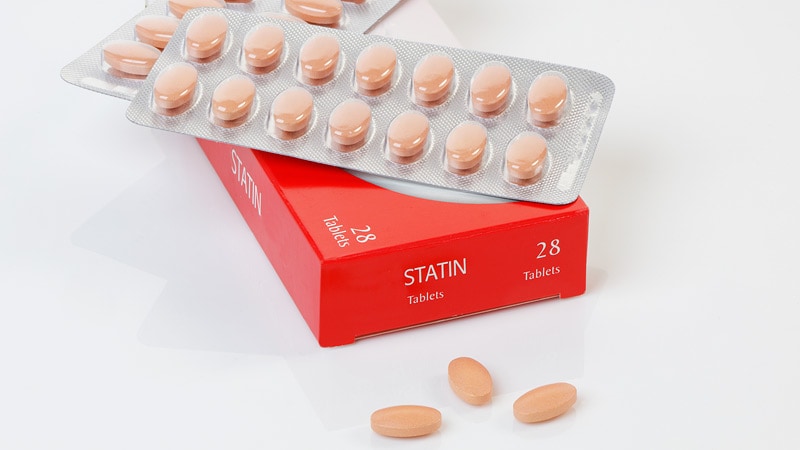 The observational study showed older adults taking statins had a lower risk for parkinsonism than their counterparts not taking statins — an effect that may be partially mediated by less severe intracranial atherosclerosis in statin users.

“These findings further support the idea that cerebrovascular disease pathologies accumulating in older brains may be an unrecognized contributor to the common occurrence of parkinsonism in old age,” the investigators write.

“More importantly, these findings suggest statins may have a potential therapeutic role in decreasing the magnitude of parkinsonism in older adults,” they add.

The study was published online March 23 in the journal Neurology.

The findings are based on 2841 older adults enrolled in one of three ongoing clinical pathological studies at Rush Alzheimer’s Disease Center in Chicago.

Participants’ average age at baseline was 76 years and 75% were women.  None had parkinsonism at the start of the study. One third of participants (n = 936) were taking statins.

During an average follow-up of 6 years, 1432 (50%) participants developed parkinsonism.

The researchers also examined the brains of 1044 people who died during the study at a mean age of 89 years.

In line with other studies, there was no association between statins and other neurodegenerative pathologies including Parkinson’s disease (PD) pathology. However, even older adults with a clinical diagnosis of PD often show mixed brain pathologies, including cerebrovascular disease pathologies.

“Therefore, we think that statins may be beneficial against parkinsonism in PD patients dependent on how much cerebrovascular disease pathologies they have, including atherosclerosis,” study investigator Shahram Oveisgharan, MD, with Rush Alzheimer’s Disease Center, Rush University Medical Center, Chicago, told Medscape Medical News.

However, since the results stem from an observational study, “we do not yet recommend using statins in large scale for older adults at risk for parkinsonism,” Oveisgharan said.

Reached for comment, Shaheen Lakhan, MD, neurologist in Newton, Massachusetts, noted that since statins were first discovered in the fermented broth of a common soil fungus in the late 1970s, they have proven to reduce cholesterol, heart disease, and stroke.

“The jury is out, however, on [their] effects on diseases such as dementia, autoimmune/inflammatory conditions, bacterial/viral infections, cancer, and parkinsonism,” he told Medscape Medical News.

“Also, the question often remains whether any benefit gained from statins is from cholesterol-lowering, or through another mechanism. When there is such a mixed picture, it generally means that the drug has an effect, but not for everyone,” Lakhan said.

“Much work must now be done to stratify for which patients are statins effective, ineffective, or even harmful in these conditions,” he added.

The study was supported by the National Institutes of Health. Oveisgharan and Lakhan have disclosed no relevant financial relationships.