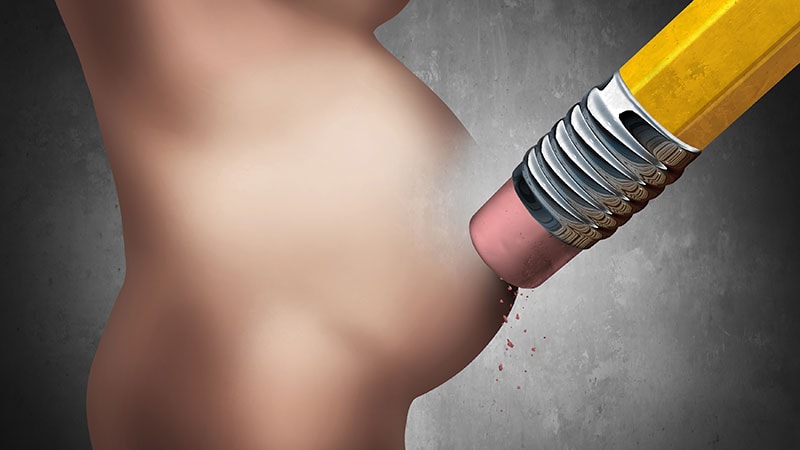 Pau, France — How can we care for women considering another pregnancy after a stillbirth? At the Infogyn 2022 conference, Christophe Vayssière, MD, PhD, of the Department of Obstetrics and Gynecology at Toulouse University Hospital in France, reported on the need to establish a personalized care plan, with psychologic support if necessary, without having to go through the avalanche of additional tests that are often requested by patients to reassure themselves. In cases of unexplained stillbirth, the risk for recurrence during a subsequent pregnancy is not increased, he reiterated.

Providing that there are no risk factors for fetal and neonatal complications, “attentiveness and a personalized treatment plan are recommended, and overly strict monitoring should be avoided” throughout the new pregnancy, said Vayssière. He also recommended inducing labor at between 37 and 39 weeks to reduce the risk for complications.

In France, stillbirth is defined as the death of a fetus after week 22 of pregnancy. In high-income countries, there are around 3.5 stillbirths per 1000 births. Although assessment of the cause mainly finds placental abnormalities (in one third of cases), the death remains unexplained in a variable but considerable number of stillbirths (15%-60% of cases, according to the literature).

How should we care for women who have experienced a stillbirth? First, a consultation should take place with the patient after the death of their baby to “go over the event,” stated Vayssière. The consultation is not only an opportunity to review the causes of death (which are assessed through the examination of the placenta and fetal autopsy) but to “ask them what would suit them best” in terms of monitoring a new pregnancy.

“There may still be some gray areas after the event. This consultation can help the patient get a better idea of how they would like to be cared for during a potential pregnancy,” said Vayssière. After a stillbirth, the patient “will need to be in a reassuring environment,” he added. They could be asked to choose a main point of contact whom they trust to manage their care.

The issue of recurrence is inevitably a major source of anxiety that could lead the patient to demand increased monitoring during any new pregnancy. “Monitoring should be determined on a case-by-case basis, and excessive testing should be avoided so as not to find oneself in a vicious circle,” said Vayssière. Increased monitoring may worsen anxiety, which could prompt the patient to demand even more tests.

According to a consensus of the American College of Obstetricians and Gynecologists (ACOG) and the Society for Maternal Fetal Medicine (SMFM), an ultrasound is recommended between weeks 18 and 20 of the pregnancy, as well as monthly scanning, to assess the vascular risk. This recommendation “should be adapted depending on the individual patient,” advised Vayssière.

In this consensus, close monitoring is also recommended from 32 weeks in the new pregnancy or 1 or 2 weeks before the fetal death occurred during the previous pregnancy. Vayssière also suggests offering to induce labor from 39 weeks, going as far as to say that “it would also be acceptable to offer it between 37 and 39 weeks.”

A major factor that will reassure patients is that the literature shows that the risk for recurrence is not increased after an unexplained stillbirth, noted Vayssière. “That’s why after a fetal death, it’s important to do an assessment of the cause.” An assessment that sheds no light on the cause of death may ironically help to reassure the patient about the outcome of a new pregnancy.

This lack of increased risk regarding the recurrence of fetal death was notably highlighted in a systematic literature review of over 4 million pregnant women; 0.7% of all pregnancies resulted in a stillbirth. For subsequent pregnancies, this increased to 2.5%, which is four times higher. Nevertheless, when only factoring in unexplained stillbirths, the risk for recurrence is not increased.

A large observational study also yielded reassuring results regarding how long to wait after a stillbirth before becoming pregnant again. According to the results, conceiving a child in the year after the event is not associated with a higher risk for fetal death in utero or of premature birth compared with a gap of at least 2 years.

However, when the stillbirth is linked to a vascular disorder relating to the placenta, the risk for an adverse neonatal outcome during the subsequent pregnancy is doubled, according to an Italian observational study. Low-dose aspirin is recommended as a preventive measure in women who are at risk for placental insufficiency, although a Cochrane review could not confirm this benefit because of a lack of data, Vayssière pointed out.

Women with a high risk of recurrence require “close monitoring adapted according to the mother’s condition,” especially when the mother has stillbirth risk factors such as obesity, chronic hypertension, and diabetes. Moreover, weight loss is a possible preventive measure, as is smoking cessation and good control of blood sugar levels in patients with diabetes.

According to the ACOG/SMFM consensus, uncontrolled diabetes is associated with a fivefold risk for stillbirth, and the risk is multiplied by three in patients with obesity or in those who smoke.