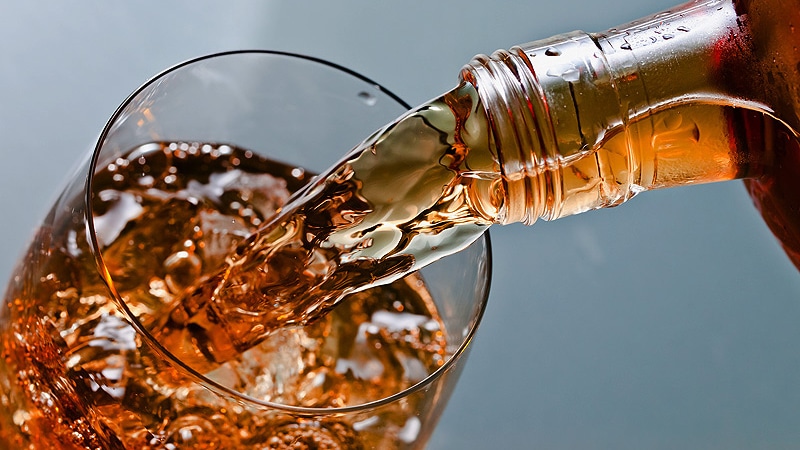 Patients with alcohol-related liver disease (ALD) who abstain from alcohol have improved outcomes, including reduced all-cause and liver-related mortality, even if they have high-risk portal hypertension, indicates a retrospective study.

Crucially, the reduction in hepatic decompensation was seen even in patients with HVPG ≥ 20 mm Hg, signifying high-risk portal hypertension, finds the study, published online in Clinical Gastroenterology and Hepatology.

“Thus, achieving and maintaining alcohol abstinence should be the key priority in the management of ALD patients, regardless of disease severity.”

Patients with the highest HVPG levels “are at the highest risk for complications and should thus be monitored closely by a multidisciplinary team,” he said.

By the time patients are diagnosed with ALD, the majority already have decompensated liver disease. Therefore, it is “one of the leading causes of liver-related mortality” and accounts for half of all deaths linked to liver cirrhosis, the authors note.

The current mainstays of treatment for cirrhosis and portal hypertension in ALD are nonselective beta-blockers, which reduce portal pressure and systemic inflammation, and alcohol abstinence, the researchers note.

Although previous studies link alcohol abstinence with improved outcomes, its impact in patients who have progressed to the levels of clinically significant or high-risk portal hypertension has not been established, they write.

To investigate further, the researchers studied patients with advanced chronic liver disease due to ALD who underwent a baseline HVPG assessment at a single center in Vienna, Austria, between January 2004 and December 2020.

The patients were required to have CSPH and ALD confirmed via a liver biopsy or a history of chronic excessive alcohol intake over an extended period.

The majority (75.6%) of the 320 patients were male, the median age was 57 years, and the median HVPG was 20 mm Hg. Decompensated liver disease was present in 87.5% of patients at study entry.

Patients were excluded if they had a nonalcoholic-related etiology of liver disease or a malignancy, among other criteria.

Following the baseline HVPG assessment, patients were followed up at an outpatient clinic, with self-reported alcohol intake assessed at every visit and during every hospital stay.

Over a median follow-up of 36 months, 75.3% of patients remained abstinent and 24.7% reported active alcohol consumption. Patients with active alcohol intake were significantly younger than their abstinent counterparts but had similar HVPG.

Statistical analyses revealed that alcohol abstinence was associated with a significantly reduced risk for hepatic decompensation, at an adjusted hazard ratio of 0.39 (P < .001).

Abstinence also significantly reduced the cumulative incidence of hepatic decompensation in patients with HVPG of 10-19 mm Hg, at a 3-year probability of 32.4% vs 60% for non-abstinent patients (P < .001).

The study is limited by its reliance on self-reported alcohol use, rather than gold-standard objective measures or questionnaires, said Michael R. Lucey, MD, PhD, chief of the Division of Gastroenterology and Hepatology, University of Wisconsin School of Medicine and Public Health, Madison.

The HVPG measurement performed in the study is invasive and “relatively uncommon as a standard test,” and would not be done on a regular basis,” Lucey, who was not involved in the research, told Medscape Medical News.

Institutional review boards would not allow a prospective study using the researchers’ methodology because it involves an invasive test that has “no clinical value,” he added.

Overall, the study does provide data to support the “prevailing expectation” that abstinence is good for alcohol-related liver disease, he said.

“Beyond quantity consumed, there may be various behavioral factors that influence alcohol use disorder and alcohol-related liver disease” that may be better captured by more “refined” measurement techniques or novel biomarkers, Wu told Medscape Medical News. She was also not associated with the research.

Remaining alcohol-free is difficult for many patients, Lucey said. In many societies, including in the United States, alcohol is “part of the social fabric,” and many patients would not consider stopping alcohol.

Consequently, there is a “real reticence on the part of physicians and other providers to tell people to stop,” Lucey said.

Wu said she hopes that the study will encourage more clinicians to discuss alcohol abstinence with their patients.

“There are multiple individual and systems-level barriers to delivering care for patients with alcohol-associated liver disease,” Wu said. “This includes insufficient comfort or training to screen, identify, and treat alcohol use disorder at the provider level.”

“Studies like this can help provide guidance to advance discussions between patients and providers,” she said.