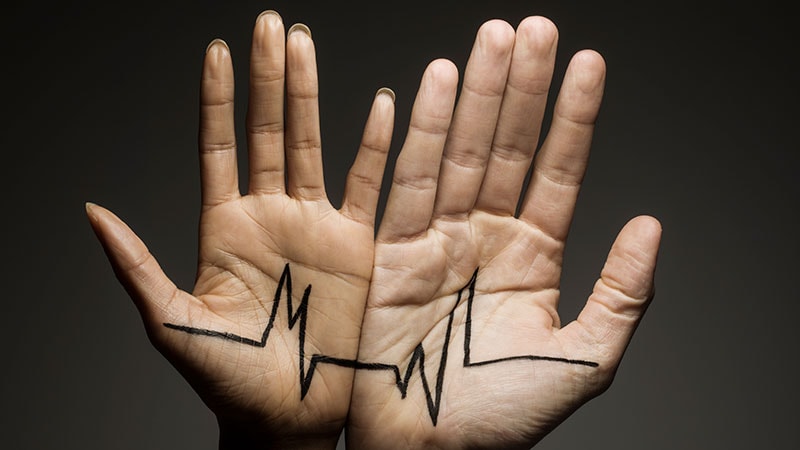 A new study shows that Black Americans received ventricular assist devices (VADs) and heart transplants about half as often as White adults, even when receiving care at an advanced heart failure (HF) center.

The analysis, drawn from 377 patients treated at one of 21 VAD centers in the United States as part of the RIVIVAL study, found that 22.3% of White adults received a heart transplant or VAD compared with 11% of Black adults.

“That’s what is so concerning to us, that we’re seeing this pattern within this select population. I think it would be too reasonable to hypothesize that it very well could be worse in the general population,” study author Thomas Cascino, MD, MSc, University of Michigan, Ann Arbor, commented to theheart.org | Medscape Cardiology.

The study was published online in Circulation: Heart Failure and builds on previous work by the researchers showing that patient preference for early VAD therapy is associated with higher New York Heart Association (NYHA) class and lower income level, but not race.

In the present analysis, the number of Black and White participants who said they “definitely or probably” wanted VAD therapy was similar (27% vs 29%), as was the number wanting “any and all life-sustaining therapies” (74% vs 65%).

Two-thirds of the cohort was NYHA class III, the average EuroQoL visual analog scale (EQ-VAS) score was 64.6 among the 100 participants who identified as Black and 62.1 in the 277 White participants, and the average age was 58 and 61 years, respectively.

Death rates were also similar during the 2-year follow-up: 18% of Black patients and 13% of White patients.

After controlling for multiple clinical and social determinants of health including age, Interagency Registry for Mechanically Assisted Circulator Support (INTERMACS) patient profile, EQ-VAS score, and level of education, Black participants had a 55% lower rate of VAD or transplant compared with White participants (hazard ratio, 0.45; 95% confidence interval, 0.23 – 0.85). Adding VAD preference to the model did not affect the association.

“Our study suggests that we as providers may be making decisions differently,” Cascino said. “We can’t say for sure what the reasons are but certainly structural racism, discrimination and provider biases are the things I worry about.”

“There’s an absolute need for us to look inwards, reflect, and acknowledge that we are likely playing a role in this and then start to be part of the change,” he added.

“The lives disabled or lost are simply too many,” coauthor Wendy Taddei-Peters, PhD, a clinical trials project official at the National Heart, Lung, and Blood Institute, said in an NIH statement. “An immediate step could be to require implicit bias training, particularly for transplant and VAD team members.”

Other suggestions are better tracking of underserved patients and the reasons why they do not receive VAD or become listed for transplant; inclusion of psychosocial components into decision-making about advanced therapy candidacy; and having “disparity experts” join in heart team meetings to help identify biases in real time.

Breathett, who is also a racial equity researcher, noted that the findings are similar to those of multiple studies suggesting racial disparities in HF care. In her own 2019 study of 400 providers shown identical clinical vignettes except for race, survey results and think-aloud interviews showed that decisions about advanced HF therapies are hierarchal and not democratic, social history and adherence are the most influential factors, and Black men are seen as not trustworthy and adherent, despite identical social histories, which ultimately led to White men being offered transplantation and Black men VAD implantation. The bias was particularly evident among older providers.

“This problem is real,” Breathett said. “The process of allocating life-saving therapies is not fair and there is some level of discrimination that’s taking place towards persons of color, particularly Black patients. It’s time that we consider how we fix these issues.”

To see whether centers can move the needle and put systemic level changes into practice, Breathett and colleagues are launching the Seeking Objectivity in Allocation of Advanced Heart Failure (SOCIAL HF) Therapies Trial at 14 sites in the United States. It will measure the number of minority and female patients receiving advanced HF therapies at centers randomized to usual care or HF training including evidence-based bias reduction training, use of objective measures of social support, and changes to facilitate group dynamics. The trial is set to start in January and be completed in September 2026.

“The main takeaway from this study is that it highlights and re-highlights the fact that racial disparities do exist in access to advanced therapy care,” Jaimin Trivedi, MD, MPH, associate professor of cardiothoracic surgery and director of clinical research and bioinformatics, University of Louisville, Kentucky, said in an interview.

He also called for education and training for all professionals, not just during residency or fellowship, to specifically identify issues with Black patients and encourage Black patients and their family members to get more involved in their HF care.

Trivedi said that further studies should examine why death rates were similar in the study despite the observed disparities in VAD implantation and transplantation.

He also pointed out that while patients in the study were treated from July 2015 to June 2016, a recent analysis by his team of the United Network for Organ Sharing (UNOS) database showed that 26% of transplants in 2019 were among Black patients, up from just 5% in 1987. “So, there are some encouraging signs as well.”

The study was funded by the National Institutes of Health/National Heart, Lung, and Blood Institute (NHLBI) and the National Center for Advancing Translational Sciences. Cascino reports having no relevant financial relationships. Four coauthors report financial relationships including David Lanfear, who serves on the advisory board at Medscape. Breathett reported funding from multiple NHLBI grants.