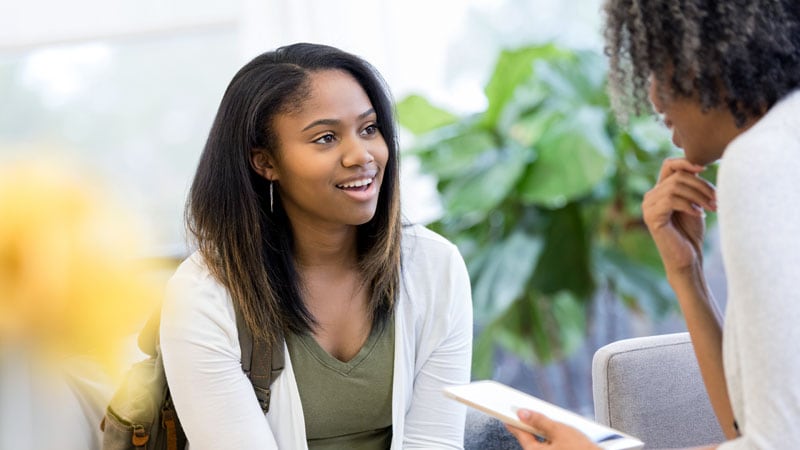 For the first time, an HIV prevention trial that was limited to adolescent girls and young women found that, given sufficient support, girls will use either daily oral preexposure prophylaxis (PrEP) or the vaginal dapivirine ring to protect themselves from HIV.

The secret, said Gonasagrie Nair, MBChB, faculty of medicine and health sciences at Stellenbosch University, in Stellenbosch, Zimbabwe, is offering intensive wraparound services to support teenagers — a lesson that may be useful as adolescent and family medicine professionals in the United States begin to roll out HIV prevention in their clinics.

This is important in the United States because cisgender Black women make up 60% of all new HIV cases in the United States while accounting for just 14% of the overall US population. The Centers for Disease Control and Prevention has found that only about 1% of Black Americans who could benefit from PrEP have access to it.

“Younger women and adolescent girls in particular face a number of cultural and social challenges that impact their ability to make decisions related to their own health,” said Nair, who presented the data at the International AIDS Society (IAS) Conference 2021. “The adherence support provided by this study empowered them to make choices and stick to these choices,” she said.

In total, 247 women and girls aged 16 to 21 who were without HIV were enrolled in the Reversing the Epidemic in Africa with Choices in HIV Prevention (REACH) trial in two sites in South Africa and one each in Uganda and Zimbabwe beginning in February 2019. One third of the participants were minors; the average age was 18.2 years.

The women were good candidates for PrEP. More than 1 in 3 of the women started the study with a sexually transmitted infection (STI), the most prevalent of which was chlamydia. This is often a good marker for condomless sex. Of the participants, 89% had a primary sex partner; a quarter of those thought their partner was having sex with other people. Only 7% of participants reported being very worried about acquiring HIV. More than 1 in 3 (39%) weren’t worried about HIV at all. This conforms to previous data suggesting that those who could most benefit from PrEP often don’t perceive their own vulnerability.

In the study, the women were randomly assigned two groups. In one group, the participants used the dapivirine ring for 6 months; in the other, participants used oral PrEP for 6 months. The participants then swapped prevention methods and used the alternative method for 6 more months. After a year of trying both methods, the women will be asked to choose one of the two prevention method or to to stop PrEP altogether. At the IAS conference, the researchers reported interim data from the first year of the study, before the girls had the opportunity to choose for themselves.

During that first year, girls received intensive adherence support, including daily or weekly text check-ins, phone check-ins, peer buddy support, additional onsite counseling visits, access to adherence support groups, participation in online support groups via apps such as WhatsApp, and in-person social events designed to empower young women and to teach them skills. Support included discussion of adherence, contraceptives, and STIs. In addition, when girls came in for study visits, staff provided feedback on how adherent the girls had been, as determined on the basis of residual levels of dapivirine in the rings or, with regard to oral pills, drug levels as determined with blood spots.

Girls were considered to have had high adherence if they were found to have oral PrEP concentrations equivalent to four or more doses per week or if residual levels of dapivirine in their rings were 0.1071 mg/d. Moderate adherence was the equivalent of one to three doses of oral PrEP a week or dapivirine levels between 0.0321 mg/d and 0.1071 mg/d.

In total, 95.6% of ring users showed some adherence to the ring. Of those, adherence was high for 50.2%; 49.8% used the ring perfectly. For oral PrEP, 98.5% showed some level of PrEP use; for 58.6%, lab results suggested adherence high enough to provide protection from HIV, and 22% took their pills at least six times a week. Between the two arms, 54.3% of all participants used the medication sufficiently to be protected from HIV.

One person acquired HIV during the study. Nair did not say which study arm that participant was in or how adherent that person has been to their prevention method.

That level of adherence is on par with studies in the United States, which have found 56% adherence to PrEP among adolescent and young men who have sex with men. But the level of adherence is far higher than has been found in other studies that tested oral PrEP among women who did not have a partner with HIV. In particular, the VOICE and FEM-PrEP trials were both stopped early for lack of adherence. In those placebo-controlled oral-PrEP trials, fewer than 25% of participants used the oral prevention pills. Although adherence to the vaginal ring was estimated to be 61% for women older than 25 in the ASPIRE trial, it was effectively zero among women aged 18 to 21 years. Adherence has been the “bugaboo of efficacy for PrEP in young women,” said Judith Auerbach, PhD, independent science and policy consultant and professor of medicine at the University of California, San Francisco. But healthcare professionals have a long way to go to support young people in general in using PrEP.

“Yes, this shows improvement compared to previous studies,” Auerbach told Medscape Medical News. “But is it sufficient to have an epidemiological impact at the population level?”

Medical Advocacy and Outreach (MAO) is an HIV clinic and services program in Montgomery, Alabama, that offers a clinic specifically for some of their 144 clients to receive oral PrEP. In addition to in-person testing, MAO offers home HIV testing and lab work and tele-visits to support the college students they serve in taking PrEP whether they’re at school or at home on break. Currently, MAO provides a series of support groups and other social support programs for their clients living with HIV, but there are none for those receiving PrEP. The organization is in the process of hiring a social worker for the PrEP side of the clinic.

Until that person is on board, “I’m their support system in an unofficial capacity,” Shericka Williams, MPH, told Medscape. She runs education programs at MAO and handles all the phone calls from PrEP clients. “My title changes a lot, but the one I like to go with most often is the PrEP navigator,” she said.

She said she was intrigued by the dapivirine ring and oral PrEP data but said that currently, the women they serve are still learning that PrEP is for them, too. The women report that all the ads and all the information they receive is aimed at gay or bisexual men or transgender women. It takes a while for them to recognize that they could benefit, and so a lot of the work that Williams does is focused on explaining the benefit of PrEP.

In MAO, the number of women receiving PrEP fluctuates more than for men. Mostly, women start PrEP because of they are in a relationship with someone who receives HIV care from MAO’s other wing — women who potentially would experience less vulnerability to HIV if their partners had undetectable viral loads. The other reason women take it is because they suspect that their partner is cheating or because they are in abusive relationships in which they want their partner to use a condom but the partner won’t. As in the PrEP trials, they often see women discontinue PrEP when they leave those relationships. In part, her job is to educate women regarding all the ways PrEP could serve them.

“Most of the time, they’re just no longer in that relationship and they’re just taking some time for themselves,” she told Medscape Medical News. “We definitely try to bring up other reasons to stay on PrEP, but we don’t want to seem like we’re bullying someone to stay on it.”

Heather Boerner is a health and science journalist who has covered HIV for a decade. Her book, Positively Negative: Love, Sex, and Science’s Surprising Victory Over HIV, came out in 2014.