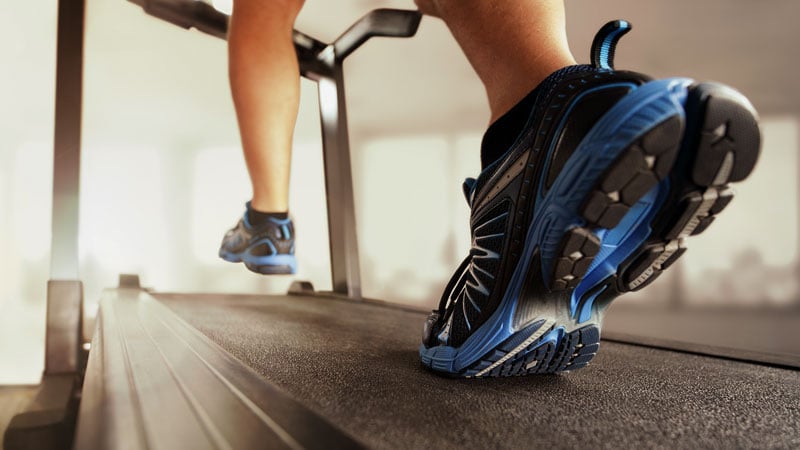 In a surprise finding, British researchers report that patients with esophageal cancer who underwent a structured “prehabilitation” exercise program while they were undergoing neoadjuvant chemotherapy showed tumor shrinkage.

Compared to a control group of patients who did not exercise, these patients showed significant tumor regression, and many had their tumor downstaged.

“We were aware of some evidence supporting improved chemotherapy response in animal models, but this was not the primary outcome of interest for the present study,” he explained.

“But when the chemotherapy response results started coming through, it became impossible to not notice the differences between the groups.”

The study was published online on February 1 in the British Journal of Sports Medicine.

“Tumour downstaging and response to chemotherapy are arguably the most important prognostic factors in esophageal cancer,” the team writes.

“That structured exercise programs might contribute to improved cancer regression, possibly through enhanced immunological and/or inflammatory modulation, is potentially clinically significant,” they comment.

Baseline characteristics were comparable between the two groups, and all patients completed four cycles of neoadjuvant chemotherapy with epirubicin, cisplatin, and five fluorouracil (ECF). All patients then underwent surgery.

All patients had a diagnosis of operable adenocarcinoma of the lower esophagus or gastroesophageal junction, and they were all given nutritional, physical activity, and smoking cession advice from specialist nurses, dietitians, and physiotherapists.

This took place in individualized, “dedicated sessions…five to six times per week” at a gym, Davies explained, giving a total 150 weekly minutes of activity up the last day before surgery.

When the team analyzed all the clinical data, they found

On adjusted logistic regression analysis, the exercise intervention was associated with a significantly increased likelihood of tumor regression vs the control arm, at an odds ratio of 6.57 (95% CI 1.52 – 28.30).

Analysis of tissue samples and affected lymph nodes led the researchers to downstage the tumor in nine patients (43%) in the exercise group, compared to three patients (16%) in the control group (P = .089).

“The results from this analysis, showing improvement in pathological regression in the primary tumor and clinical downstaging are hypothesis generating and the first to be demonstrated in a clinical trial in esophageal cancer,” the team writes.

However, they caution that these findings come from a small number of patients and that the study was not randomized.

How Is Exercise Working Here?

Davies commented to Medscape Medical News that his “take” on the mechanisms by which exercise could improve tumor control is that they are “likely to be multifactorial and quite complex.”

“In simplest terms, there are theories that exercising patients may deliver more blood and oxygen to peripheral tissues, and maybe this extends to delivering a chemotherapy drug to a target tumor,” he said.

He noted that the study revealed “some significant differences in body composition and markers of immunity and inflammation,” all of which, “at a basic science level, have been associated with chemotherapy response rates.”

Patients in the exercise arm were found to have higher median T lymphocyte counts after neoadjuvant chemotherapy vs controls (P = .03), and there were differences in immunity and inflammation markers between the groups, including in interleukin-6, interferon gamma, and tumor necrosis factor alpha.

In addition, patients in the exercise group showed a significant improvement in the Fat Free Mass Index, a measure of body composition, at +2.3% vs -1.9% in the control up (P = .03).

However, Davies emphasized that they do not want to “overstate these relationships,” as the differences “remain very interesting and hypothesis-generating.”

This work was supported by the Guy’s and St Thomas’ Charity, London, and the Centre for Health and Human Performance, London. The authors have disclosed relevant financial relationships.