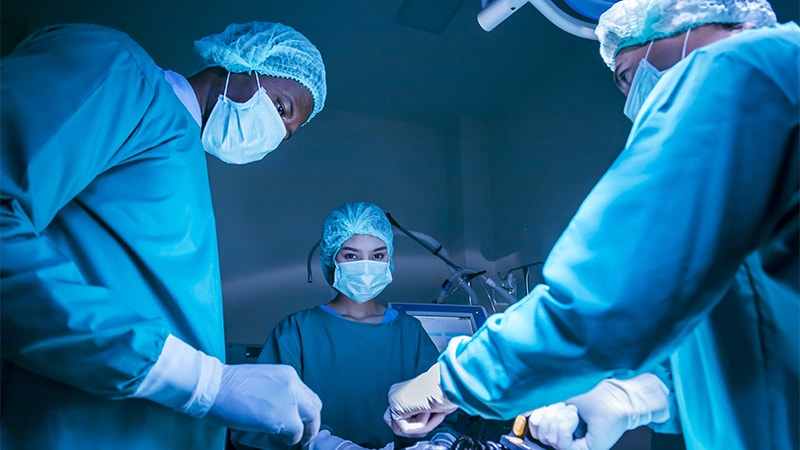 The chance of surviving a cardiac arrest varies widely across hospitals in the United States, even when the arrest occurs in the highly controlled setting of a cardiac catheterization lab, a new study indicates.

Among 4787 patients who arrested in the cath lab at 231 hospitals in the Get With The Guidelines (GWTG) Resuscitation registry, only about one third survived to discharge. The median risk-adjusted survival rate (RASR) for all hospitals was 36%.

When stratified by RASR tertiles, however, median survival rates were 20%, 36%, and 52% for hospitals in the lowest, middle, and highest tertiles.

“The good news is that cardiac arrests in the cath lab are relatively infrequent, but the bad news is that they still occur and the outcomes are, in general, pretty dismal,” senior author Deepak L. Bhatt, MD, MPH, said in an interview. “So anything that we can do as hospitals [and] healthcare systems to improve the care of these patients could go a long way.”

He noted that data are sparse on cardiac arrests in the cath lab but that recent studies examining in-hospital arrests in the same registry report lower hospital-wide survival rates, between 17% and 24%.

Nevertheless, the current study included only those hospitals motivated and with the resources to participate in the American Heart Association’s voluntary GWTG Resuscitation registry between January 2003 and December 2017.

“It probably does provide the best case scenario of what’s going on and, if we included every hospital in the US or the world, probably the outcomes would be substantially worse,” said Bhatt, who was recently named director of Mount Sinai Heart and the first Dr. Valentin Fuster Professor of Cardiovascular Medicine, New York City.

The results were published today in JACC Cardiovascular Interventions.

Possible explanations for the wide disparity in survival are the small number of cardiac arrests in the cath lab, cases are increasingly complex, and patients are often very sick and may experience a problem during a procedure, or both, Bhatt suggested. Cath labs also vary in how they handle resuscitative efforts and access to advanced mechanical support devices such as extracorporeal membrane oxygenation (ECMO).

“It’s not available in every cath lab and, even in hospitals that have it, they may not have a given ECMO circuit available at the exact time the patient’s having a cardiac arrest,” he said. “That’s one example of something that can make, in my opinion, a big difference in whether a patient lives or dies if they’re having a cardiac arrest, but may not always be easily deployed.”

When the investigators looked specifically at hospital-level factors, only yearly volume of cardiac arrests in the cath lab was significantly associated with risk-adjusted survival, (P < .01), whereas hospital size, rural or urban setting, teaching status, and geographic location were not.

In multivariate adjusted analyses, factors associated with survival to discharge included age (OR, 0.78), Black race (OR, 0.68), respiratory insufficiency (OR, 0.75), and initial cardiac arrest rhythm (OR, 3.32).

The median hospital RASR was 27% higher for ventricular tachycardia or ventricular fibrillation arrests than for arrests with a nonshockable rhythm of asystole and pulseless electrical activity (55% vs 28%).

Notably, hospitals in the lowest tertile of risk-adjusted survival rates had a higher prevalence of non-White patients, renal and respiratory comorbidity, and arrest with nonshockable rhythm.

“We want to make sure as we’re contemplating whether to resuscitate a patient or how aggressively to resuscitate, that we aren’t letting any of our own biases, whether they have to do with race or potentially sex and gender, interfere with more objective assessments of whether the patient can in fact be saved or not,” Bhatt said.

Reached for comment, Srihari S. Naidu, MD, who chaired the writing group for the Society for Cardiovascular Angiography and Interventions’ (SCAI) consensus statement on cardiogenic shock and co-authored its document on best practices in the cardiac cath lab, said the findings show that survival in the cath lab is higher than that seen in hospital. “Still, there’s a lot of room for improvement,” he said.

He was particularly struck by the variability in survival. “Underprivileged individuals, so those who are non-White populations and have respiratory and renal problems, they seem to have a worse survival and that makes sense — patients with comorbidities — but it feeds into the issue of, ‘Are we treating our population similarly in terms of their baseline race and ethnicity as a gap in care?’ ”

Better survival at hospitals with high volumes likely reflects more experience in handling these events, a rapid response and personnel to help with resuscitation, and overall better critical care and cath lab environment, said Naidu, director of the cardiac cath lab at Westchester Medical Center and professor of medicine at New York Medical College, both in Valhalla, New York.

“So that leads into two things,” he said. “One is that probably we should be working on having all high-risk patients go to centers of excellence. So, for example, [for] patients in shock, patients with STEMI, regionalization of care to the high-volume cath labs that are experienced in cardiac arrest and critical care management may be a way to go.”

“Second, if experience counts, can that experience be simulated through drills and simulations in the cath lab?” Naidu said. “Should all cath labs have drills where we have a cardiac arrest patient and how would we respond to that? Who’s going to do the compressions? Where’s the mechanical support device? What are the things we need to have a seamless cardiac arrest protocol for arrests during the cath lab?”

Bhatt and colleagues acknowledge that despite adjustment for many key variables, the study lacked procedural details that may affect survival and information related to resuscitation efforts.

“We really do need to focus more research efforts, potentially more in the way of quality- improvement efforts, to try and help patients get these sorts of patients who are in dire straits to the cath lab, but hopefully also through the hospital discharge and back home,” Bhatt said.

In an editorial accompanying the study, Matthew L. Tomey, MD, Icahn School of Medicine at Mount Sinai in New York City, writes that the “findings and limitations of this study together sound a call to action.”

He also signaled the need for more research and for registries and reporting instruments to capture variables particular to in-laboratory cardiac arrest (ILCA) and resuscitation in the cardiac cath lab. “A necessary first step is the development of consensus data elements for supplemental reporting in cases of ILCA,” such as indication for cath lab presentation, timing of arrest relative to procedure, and cause of arrest.